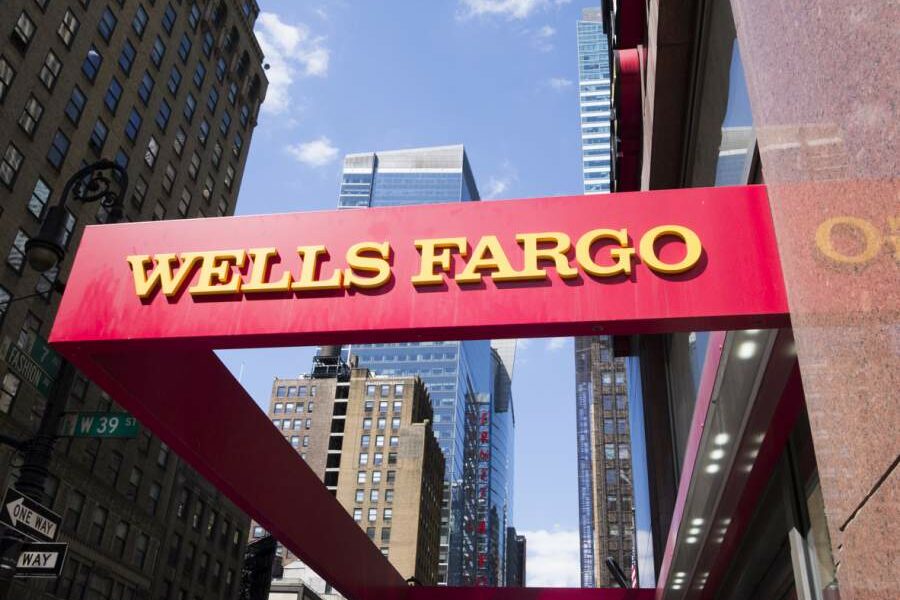 One of the more entertaining recurring ads on TV was “The World’s Most Interesting Man.” His catchphrase “I don’t always drink beer. But when I do, I prefer Dos Equis” has launched a thousand memes.

Now Wells Fargo is qualified to piggyback on that ad campaign. I look forward to ads that feature “The World’s Most Intolerant Banker.” And of course his delightful catchphrase: “I don’t always seize and close the accounts of my customers. But when I do, they are always conservative Christians.”

I hope that Wells Fargo’s advertising agency gets busy with that one. This in light of two successive attacks on American citizens who were rash enough to bank with that Big Woke company.

Stranded Out of State with No Access to Her Cash

Wells Fargo has shut down the bank account of America First activist Lauren Witzke, leaving her stranded out of state with completely no money.

In a post on Telegram, Witzke, who ran as the Republican candidate for the Senate in Delaware in the 2020 elections, revealed that Wells Fargo had completely shut down her bank account, removing all of her money from the system, leaving her with a “zero balance” instead. In a call with the bank, Witzke was informed that the action taken was a purely “business decision,” and that they have the right to close her account down at any time. “Had I not been surrounded by friends in Florida, I would be completely stranded,” she wrote, as she would be stuck out of state with absolutely no money at all.

The lack of explanation from Wells Fargo as to why they closed down Witzke’s bank account opens questions as to why the decision was taken to begin with, and if it had anything to do with her Christian conservative politics.

National File contacted Wells Fargo for comment before publication, asking not only why her account was shut down, but if Wells Fargo would extend this action to other account holders. Witzke warned that other conservatives should remove their money from Wells Fargo in case they did take action on others, describing what had happened to her as being “so evil.” National File did not receive a response by the time of publication. Eventually, Wells Fargo claimed in an email to national File that the decision to cancel Witzke’s account was not due to “political views or affiliations” but could have been due to “a number of reasons” and claimed they “reviewed this situation” and “it was handled appropriately.”

I don’t always seize and close the accounts of my customers. But when I do, they are always conservative Christians.

Have you got that? Is Wells Fargo’s policy clear? Do you feel safe leaving your money there? Or might you worry that some 22-year-old political commissar with a degree in Grievance Studies might pull a lever, and set off the great Rube Goldberg machinery that ends up getting you canceled? That’s a lively concern, because Welles Fargo has done the same thing again.

National File followed up its report on Witzke by writing about another victim of Wells Fargo’s apparent new corporate policy of “Screw Half of Americans.”

Former U.S. House candidate and current American Greatness contributor Pete D’Abrosca found out on Tuesday that Wells Fargo had cancelled his savings account “with no explanation.” … D’Abrosca first reported the news on Twitter, writing “@WellsFargo just closed my accounts with no explanation. I’m sure it has *nothing* to do with my political opinions.”

Speaking to National File about the situation, D’Abrosca stated, “Clearly there’s been some kind of conspiracy within Wells Fargo to ban prominent right wingers from using their banking services. This is yet another reminder that major monopolies in both banking and tech are not operating within a purely free market capitalistic system. They must be broken up, and their CEOs and executive level employees and board members jailed until we can figure out how to stop discrimination from “private” companies against the political right.”

These are not isolated incidents. We all saw how Amazon conspired to destroy Parler. How Texas RINO in chief Gov. Greg Abbott falsely denounced Gab.com as “anti-Semitic” to curry favor with Amazon, despite his pledge to fight Big Tech Censorship. Major conservative organizations have been canceled by Paypal and credit card company processors, usually after smear jobs by the unreliable and venal Southern Poverty Law Center. As National File noted:

Witzke is not the first conservative to face seemingly punitive action from banks as a result of her politics. Gab founder and CEO Andrew Torba earlier this year revealed that he and his New Tech social media platform had been banned from 4 banks within the space of 4 weeks, due to media smears that the site is a “haven for extremists” and other spurious claims. In February, pro-Trump coffee brand “Covfefe Coffee” were banned from using Chase Bank’s WePay processor… .

Boycott Them, Picket Them, Regulate Them Out of Existence

Yes, it’s fine for us as individuals to vote with how we shop. That’s why I refuse to consume any product connected with Disney, thanks to its new corporate initiative Teach the Kids to Worship Satan™. Why else make movies depicting devil-horned witches (Maleficient) and dog-skinning sociopaths (Cruella) as feminist icons and role models? It reminds me of the Objective Room in C.S. Lewis’ That Hideous Strength, where literal demon-worshipers used art to brainwash new converts into loving what is loathsome.

It’s quite another for huge corporations to target writers, political candidates, and ordinary citizens and try to wreck their lives for not being Woke. Companies like that deserve massive boycotts, street pickets at all their locations, and ultimately to get regulated out of existence by Republicans wherever possible.

There’s no neutral “free market” anymore. The left has made it a blasted No Man’s Land, and we must fight to win, insisting on nothing less than unconditional surrender. Don’t spare corporate America till it looks like postwar Japan.