The actor Corey Feldman announced he will be producing a film exposing the pedophilia, which he endured as a child actor. 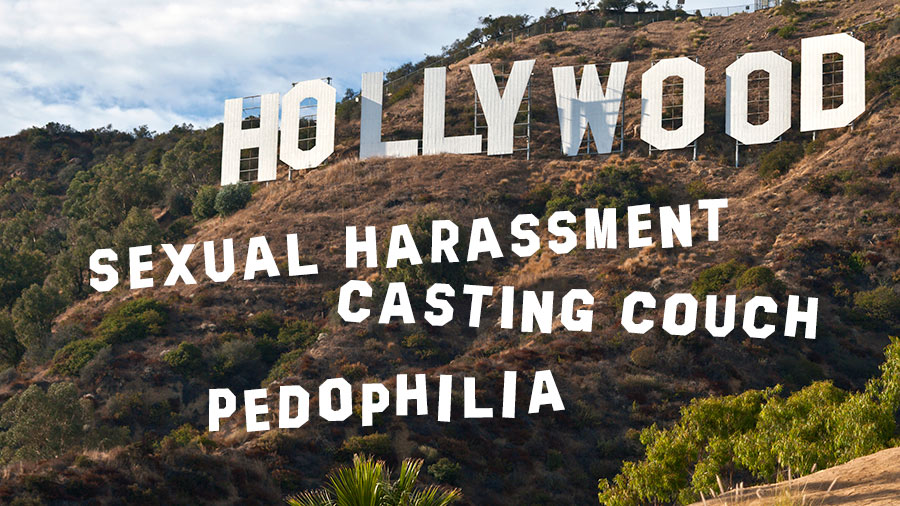 The “casting couch” sexual assault of women is one of Hollywood’s longest and worst kept secrets. No one admitted how many powerful men used their power to assault women. Finally, the extent of the problem and the tawdry details are being made public as A-list actresses started coming forward this past month to accuse movie mogul Harvey Weinstein of sexual misconduct.

At least one was underage at the time. The actress Kate Beckinsale said Weinstein pursued her when she was 17, a minor.

However, the problem is even worse than it appears. There are children on that casting couch.

A film source in Los Angeles observed how this threw open the floodgates, “Harvey’s case, as bad as it is, really is simply the tip of the iceberg in terms of the sexual abuse that has been rampant in Hollywood for decades. Paedophiles being protected in Hollywood is the film business’ worst-kept secret, and all it takes is for a case like Harvey to break it all open.”

Pedophilia Also in the Music Industry

A former girlfriend of R&B star R. Kelly has come forward and revealed that he not only sexually abused women, but also underage girls. Kitti Jones said he introduced them to her this way, “I have girls I’ve raised.”

Kelly has a history of questionable activity with minors. Kelly married the late singer Aaliyah when she was only 15. Videos and photos emerged in 2002 of the singer apparently engaged in sexual acts with minors. In 2006, he was found not guilty of the conduct.

Despite the negative publicity, Kelly is one of the bestselling artists in the U.S. In March 2011, R. Kelly was named the most successful R&B artist of the last 25 years by Billboard.

Film director Roman Polanski committed the best-known assault. Authorities charged him with raping a 13-year-old girl in 1977 after drugging her. He pled guilty to unlawful sexual conduct but fled the U.S. before sentencing. He has remained outside of the U.S. ever since.

Yet he’s still a highly-praised director. Stars who now attack Harvey Weinstein gave Polanski standing ovations at movie award ceremonies. After his conviction. They knew what he did and what sort of man he was, and applauded him anyway.

The artist Marianne Barnard came forward a few days ago and accused Polanski of molesting her when she was 10. This would be the fifth rape allegation against the director.

The actor Corey Feldman began speaking out against pedophilia in Hollywood several years ago. He said it is the biggest problem facing Hollywood.

Feldman was a staple in child and teen films during the 1980s along with his friend Corey Haim. He said both of them were molested by older men in Hollywood. In Feldman’s book, he says a man raped Haim on the set of the 1986 film Lucas when he was 11. Feldman wrote, “The man who had stolen his innocence,” Feldman writes, “… walks around now, one of the most successful people in the entertainment industry, still making money hand over fist.”

Feldman believes Haim’s sexual abuse led to his abuse of drugs, culminating in a fatal overdose in 2010. Feldman has not named the men for legal reasons.

In 2013, Feldman told Barbara Walters on The View, “I’m saying … the people that did this to both me and Corey, that are still working, they’re still out there and they’re some of the richest, most powerful people in this business. And they do not want me saying what I’m saying right now. … They were passing us back and forth to each other.”

Feldman released a video on YouTube Wednesday saying he has decided to expose the Hollywood pedophiles. He intends to create an unedited film about his life that “will be the most honest and true depiction of child abuse ever portrayed.” He asks for help to fund a legal team and extra security in order to “bring down, potentially, a pedophile ring.”

Feldman knows six pedophiles working in entertainment, he says. One is very powerful and some have ties to a major studio. He admits he is afraid to do this, and says several of his band members quit within the last few days because they are afraid for their lives.

The 2014 documentary, An Open Secret, revealed how men in the Digital Entertainment Network, founded by convicted sex offender Marc Collins-Rector, threw Hollywood parties where boys were raped at gunpoint, forced to participate in skinny dipping sessions and take cocaine.

Feldman’s forthcoming documentary should finally blow the lid off this sordid behavior. Or maybe it won’t. The A-listers still cheer Roman Polanski. How Hollywood responds will be a judgment on the industry. We should hope the powerful speak out and clean house.