This Week at War: Off the Radar 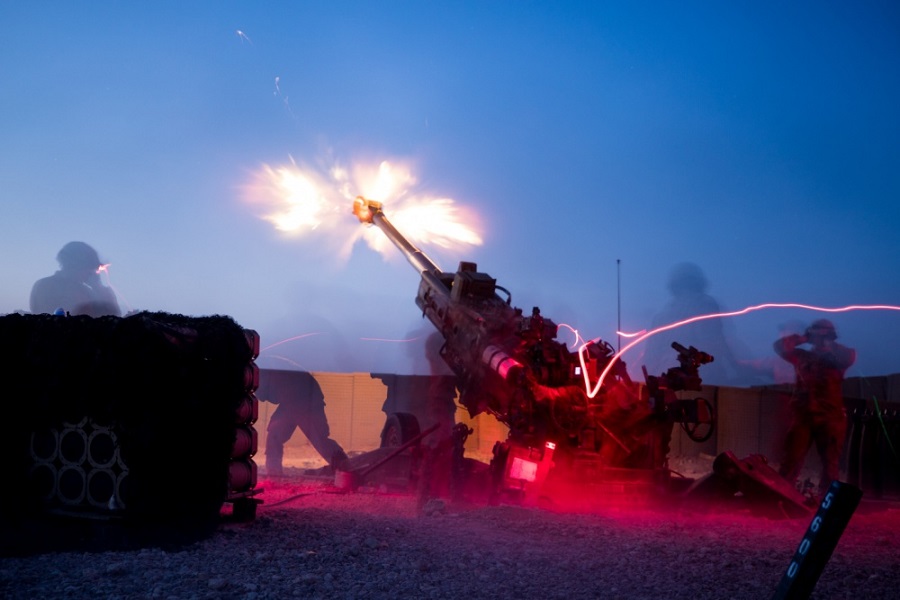 The U.S. military is still at war, even if it’s off the national radar screen. Every single day, our country’s brave men and women in uniform risk their lives in some of the world’s most dangerous places.

On Sunday, the Department of Defense formally announced the August 10, 2019, death of U.S. Marine Gunnery Sergeant Scott Koppenhafer. Gunnery Sergeant Koppenhafer was killed while participating in a joint patrol with Iraqi Security Forces. The exact circumstances are under investigation.

On behalf of the commander and the command, we offer our heartfelt condolences to the family, friends and teammates of Gunnery Sgt. Scott A. Koppenhafer, 35, a critical skills operator with 2nd Marine Raider Battalion who suffered fatal wounds during combat operations Aug. 10. pic.twitter.com/vpCs4ub7O9

Gunnery Sergeant Koppenhafer, 35, leaves behind a wife and two children.

According to MARSOC, the Colorado native was a critical skills operator with 2nd Marine Raider Battalion. He’d already earned two Bronze Star medals in addition to many other military awards. The special operations Marine had completed multiple combat deployments, including to Afghanistan, before his tragic death.

This highly decorated Marine’s passing and the above photo of a recent combat mission remind us that American troops are still fighting ISIS in Iraq, even if the national media rarely covers the ongoing conflict.

Please continue to pray for all U.S. service members in harm’s way. Most of all, please ask God to comfort the family, friends and fellow Marines of Gunnery Sergeant Scott Koppenhafer.

The latest round of negotiations aimed at ending the longest war in American history concluded this week without a peace deal being announced.

We've concluded this round of talks that started Aug 3 between the US and the Taliban. Over the last few days, the two sides focused on technical details. They were productive. I am on my way back to DC to consult on next steps.

As noted by the Associated Press article linked above, “the Taliban have continued to stage near-daily attacks across Afghanistan despite the months of negotiations with the U.S.”  Sixteen U.S. service members have been killed in Afghanistan so far this year, which is the highest total since 2015. Dozens more have been wounded.

While the media narrative has long been predicated on the faulty notion that the war in Afghanistan is winding down, U.S. military units like the 3665th Explosive Ordnance Disposal (EOD) Company are preparing to deploy there. For ten long months, the Henderson, Nevada-based EOD unit will be tasked with finding and disabling enemy improvised explosive devices (IEDs) in Afghanistan’s Kandahar Province.

“At this point, we are fully prepared to take on our mission,” said Nevada Army National Guard 1st Sgt. Benjamin Hopper. “We’ll be working with both conventional and unconventional forces assisting in disarming improvised explosive devices and clearing out unexploded ordnance.”

According to Sgt. 1st Class Erick Studenicka’s report, about 30 EOD soldiers are scheduled to depart for Afghanistan later this month. Please keep these heroes and their families in your prayers as they embark on this difficult journey.

Unlike her fellow candidates for the Democratic nomination, Rep. Tulsi Gabbard isn’t at the Iowa State Fair, chowing down on corn dogs and fried Oreos, and flipping burgers pretending to be a candidate of the people. She’s answering the call to duty.

Gabbard, a major in the Army National Guard, announced Monday she’s been deployed to Indonesia for a joint-training exercise, focused on counterterrorism and disaster response. Gabbard says she is “grateful to be able to serve our country and the American people in many ways, including as a soldier.”

She is expected back on the campaign trail on August 25th.

A group of Ohio National Guard soldiers recently returned to Cincinnati after a yearlong deployment. They were greeted by hundreds of family members, including their elated children. Children of Ohio National Guard soldiers prepare to greet them during a welcome home ceremony on August 10, 2019, at the Landmark Church in Cincinnati.