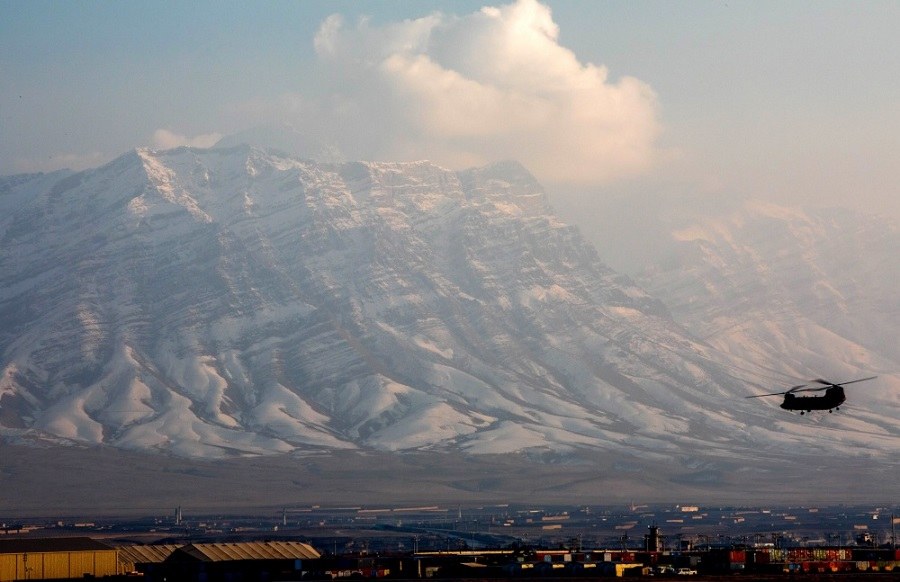 Is America still at war? According to at least one pundit, the answer appears to be no.

Last Friday evening, I was channel surfing when I stumbled on HBO’s Real Time with Bill Maher. During one of the show’s many heated partisan debates, former Rep. Jack Kingston, a Republican from Georgia, made a surprising claim.

“The things that really matter are jobs and peace, and we have both of them right now,” Kingston said.

The former congressman’s statement about being at “peace,” which he repeated a few seconds later, went unchallenged by Maher and his entire panel.

While I don’t think Kingston meant any disrespect to our troops, his assertion is nevertheless notable. For far too many Americans, the wars still being fought by our military are – at best – an afterthought. That’s why every week here at The Stream, we update you on what our brave men and women in uniform are doing to defend freedom thousands of miles from our shores.

“These teams are on standby 24 hours a day, seven days a week, with a 15 minute notice to move,” U.S. Army Capt. William Hill, who is currently deployed to Kandahar, Afghanistan, said this week. “Our quick response is imperative and impressive.”

The G Company, 2nd Battalion, 14th Infantry Regiment, 10th Mountain Division soldiers serving in southern Afghanistan are among approximately 14,000 American troops deployed to the war zone. As underscored by the casualties suffered so far this year, U.S. troops are still risking their lives in Afghanistan, as further demonstrated by the Pentagon’s newest strike report.

“U.S. Forces-Afghanistan engaged terror and security targets with 369 strikes consisting of 410 engagements in Afghanistan, January 1-31, 2019, to prevent Afghanistan from becoming a safe haven to the Islamic State Khorasan Province, al-Qaeda and other terrorist organizations,” the report begins.

Please pray for the many American heroes doing their duty in Afghanistan, as well as their families here at home.

The Department of Defense’s most recent strike report from Iraq and Syria leaves no doubt about the ongoing sacrifices of American troops serving in both countries. Between January 27 and February 9, nearly 200 strikes were conducted by coalition forces. Fifty-three ISIS positions were destroyed in Syria, according to the data, along with one in Iraq.

Sadly, ISIS atrocities against civilians continue, with perhaps none more despicable than the terror group’s use of mosques as staging points for terrorist attacks. One mosque being used “to direct attacks and employ vehicle-borne improvised explosive devices” was destroyed by coalition troops on Monday in Baghouz Fawqani, Syria.

“This mosque lost its protected status when ISIS deliberately chose to use it as a command and control center,” said British general Christopher Ghika.

Tabitha Farmer greets her husband’s flag draped casket at the airport. Army CWO 2 Jonathan Farmer was killed in a suicide attack in Syria last month. He leaves behind his wife and four children. Tabitha invited me to the airport today to tell Jonathan’s story. @CBS12 pic.twitter.com/8w5OaHlLIz

Please pray for the Farmers and all of America’s newest Gold Star families this weekend. Indeed, our country is still at war, with real American families paying the ultimate price.

A group of U.S. Air Force airmen returned home this week from a deployment to East Africa. Upon landing, they were immediately embraced by their elated family members at Moody Air Force Base in Georgia. A U.S. Air Force airman embraces his children after returning from East Africa on February 10, 2019, at Moody Air Force Base in Georgia.