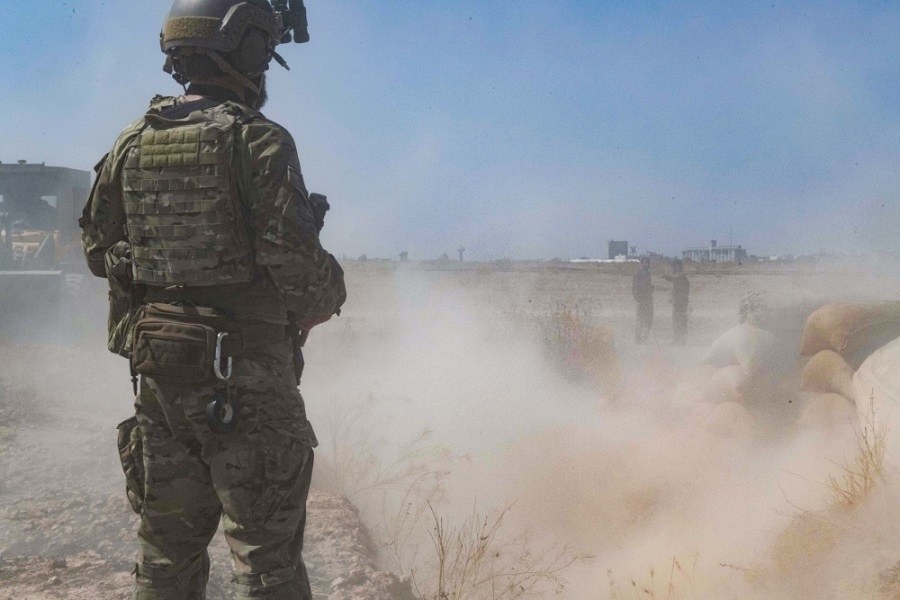 A U.S. service member oversees members of the Syrian Democratic Forces as they demolish a YPG fortification in northeast Syria on September 21, 2019.

President Trump’s stunning, controversial decision to abandon the Kurds as Turkey invades northern Syria has sent shock waves throughout the region, as well as inside the Pentagon and around the world.

A dramatic series of tweets by universally respected Fox News national security correspondent Jennifer Griffin give us a window into what some serving in the U.S. military might be feeling during this hour of darkness and danger.

This veteran US Special forces soldier has trained indigenous forces on multiple continents. He is on the frontlines tonight and said they are witnessing Turkish atrocities.

"Turkey is not doing what it agreed to. It's horrible," this military source on the ground told me.

It makes me physically ill to think that any American hero risking his life in a war zone while separated from his loved ones is “distraught” over what is clearly a moral and strategic blunder. All of us need to pray for our troops and their commander-in-chief, who will hopefully see the error of his ways and change course from the deeply flawed current policy.

“Nor are we even pulling out of Syria,” The Stream’s John Zmirak explained earlier this week. “U.S. troops will apparently retreat to make room for Turkish invaders and jihadi militias. But we will remain in Syria nearby.”

The Kurdish people are our allies. Many of America’s best and brightest warriors have not only taken great risks to train them, but passed along America’s solemn promise to never abandon the Kurds during their time of need. That’s exactly what seems to be happening right now. It is a historic humanitarian tragedy unfolding right before our eyes.

Turkey pressed its assault against U.S.-allied Kurdish forces in northern Syria for a second day, pounding the region with airstrikes and an artillery bombardment that raised columns of black smoke in a border town and sent panicked civilians scrambling. https://t.co/zzSMa6lAkE

Please, Mr. President, do what is right for the brave men and women of the U.S. military and the innocent people our nation has repeatedly pledged to protect.

Approximately 14,000 troops are still at war in Afghanistan, where U.S. forces have now been fighting for more than 18 years. On Thursday, it was announced that one of the conflict’s heroes will receive the nation’s highest military award.

According to the Army Times, U.S. Army Master Sgt. Matthew O. Williams will receive the Medal of Honor from President Trump at the White House on October 30. Master Sgt. Williams is a Green Beret and Silver Star recipient “who fought up a mountain while under intense enemy fire to help rescue four wounded members of his team pinned down by gunfire” on April 6, 2008, in Afghanistan’s Shok Valley.

The nation’s newest Medal of Honor recipient is also a husband and father from Boerne, Texas. We salute this hero for his dedicated service to our nation. A U.S. Navy commander reunites with his wife and son during the USS Tucson‘s homecoming on September 18, 2019, at Pearl Harbor in Hawaii.