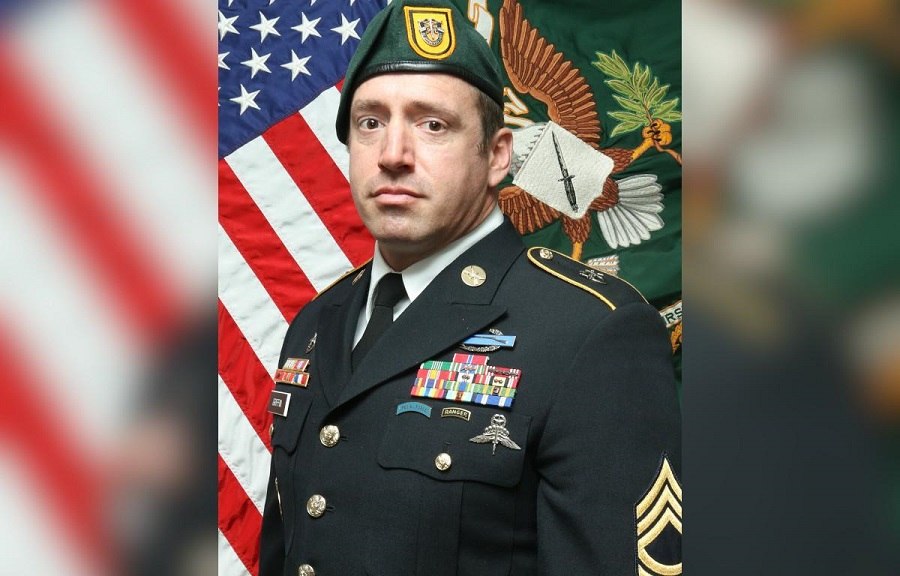 U.S. Army Sgt. 1st Class Jeremy Griffin, 40, was killed in action by small arms fire in Afghanistan's Wardak Province on September 16, 2019, according to the Pentagon.

Another brave U.S. Army Green Beret made the ultimate sacrifice this week during America’s longest war.

According to the Pentagon, Sgt. 1st Class Jeremy Griffin was killed in action on Monday “by small arms fire when his unit was engaged in combat operations” in central Afghanistan’s Wardak Province. The tragic incident is under investigation.

The elite Special Forces soldier was 41 years old. He had served in uniform since 2004 and served two previous Afghanistan deployments, in addition to one combat tour in Iraq.

“He was a father, he was a husband, he was a son, he was a Green Beret and he was an American hero,” said U.S. Army Chief of Staff Gen. James McConville, as quoted by the Army Times.

“He was a warrior – an accomplished, respected and loved Special Forces soldier that will never be forgotten,” U.S. Army Col. Owen Ray said. “We ask that you keep his family and teammates in your thoughts and prayers.”

On behalf of the commander and the Command, we offer our heartfelt condolences to the family, friends and teammates of Sgt. 1st Class Jeremy W. Griffin, killed in action by small arms fire Sept. 16, 2019, in support of Operation Freedom’s Sentinel.

The valiant soldier is the 21st American service member to die in Afghanistan this year, according to icasualties.org. 2019 is the deadliest year for U.S. forces in Afghanistan since 2015.

With negotiations aimed at ending the almost 18-year war “dead,” according to President Trump, there will be more tragic violence in Afghanistan for many months and perhaps years to come. Our troops, military families and Afghan civilians caught in the crossfire will pay the highest price.

Please pray for the Griffin family and the loved ones of everyone still serving in harm’s way. We ask the Lord to bring each and every American home safely.

Tensions in the Middle East are sky high after last weekend’s attack on a Saudi oil facility. The Trump administration is blaming Iran, with Secretary of State Mike Pompeo calling the strike “an act of war.”

Thousands of brave U.S. troops are still battling ISIS and other terrorist groups in Iraq and Syria. Please pray for their safety and the wisdom of world leaders as this alarming crisis continues to unfold.

A squad of U.S. Marine Corps fighter pilots known as the “Red Devils” returned to California on Sunday from a six-month overseas deployment. A U.S. Marine F/A-18C Hornet pilot reunites with his wife during a homecoming ceremony at Marine Corps Air Station Miramar in California on September 15, 2019.