This Week at War: The Silence 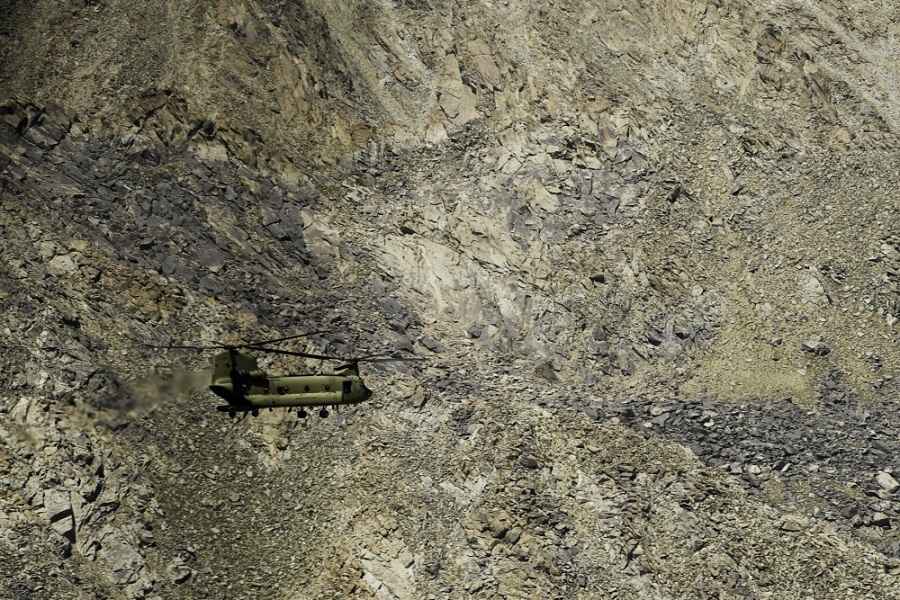 A U.S. Army CH-47 Chinook helicopter flies over the mountainous terrain of northern Afghanistan on August 5, 2018.

A U.S. service member was wounded in an August 5 attack that killed three Czech soldiers and wounded two members of the Afghan army in the war-torn country’s Parwan province.

“My thoughts and prayers, along with those of all of the 41-contributing Resolute Support nations, are with the families and friends of our fallen and wounded service members, and our injured Afghan brothers and their families,” said U.S. Army Gen. John Nicholson, as quoted by The Associated Press. “Their sacrifice will endure in both our hearts and history, and further strengthen our resolve.”

We join in Gen. Nicholson in praying for these warriors and their families.

Also in eastern Afghanistan, the Taliban “suffered heavy losses” in heavy fighting this week in the Azrah district of Logar Province, according to Radio Free Europe. American fighter jets were called in to provide air support, but according to Afghanistan’s interior ministry, mistakenly struck an incorrect target.

Following an investigation, the U.S. military said “no Afghan security forces were killed” in the airstrike, according to the report.

Despite persistent violence in Afghanistan, where two American heroes made the ultimate sacrifice last month, data shared on Tuesday by an associate professor at Yale University suggests that interest in the war is nearing its lowest point.

American interest in Afghanistan, as measured by Google Trends, has declined precipitously since 2010 (with one massive blip in April 2017 around dropping of MOAB in April 2017) pic.twitter.com/z6ZN8mrDYZ

With the war’s 17th anniversary fast approaching, politicians and journalists – including me – must do a better job of reminding the public that 14,000 fellow Americans are still serving and sacrificing every single day in Afghanistan. The relative silence about the longest conflict in our nation’s history is unacceptable.

More shameful silence. As experts work to identify the remains of 55 Korean War heroes, some in the national media apparently didn’t think their solemn return to American soil was a big story.

Why we don’t trust the media:

CBS Evening News- Did Not Cover

NBC Nightly News- Did Not Cover

Whether driven by politics or ratings (or both), virtually ignoring this historic ceremony was unacceptable. As a former television news producer, I would be ashamed if my newscast’s rundown did not include a momentous event that many Korean war veterans and families of the fallen had been waiting 65 years to witness.

After six months away from home, a group of Marines returned to North Carolina’s Camp Lejeune. A U.S. Marine embraces his father upon returning home from a six-month deployment at sea to the U.S. Central, Africa and European Command areas of operation on August 4, 2018, at Camp Lejeune in North Carolina.

This Week at War: Praying for a New Day in Afghanistan

This Week at War: A Solemn Return for Fallen Heroes