We Still Haven’t Achieved the Dream 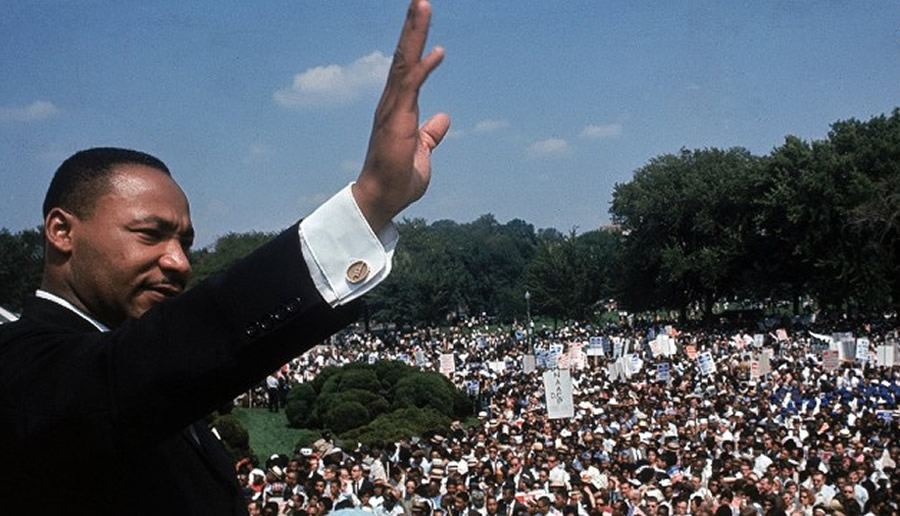 When God called me into ministry in 2006, that which was once a way of life — homosexuality — was no more. My new lifestyle became a message of hope to people who struggled as I once had.

I didn’t always understand where God was leading me. Through many life experiences, the Lord showed me how he would take my trials and use them to reach both families of those who struggle with homosexuality and those who struggle themselves. The impact of the work of the Spirit was so profound on my life that I began equipping ministry leaders, helping them pastor those struggling people more effectively.

I lived as a lesbian for 14 years, trying to pass as a man. During that season, I was hoping that I could show men how to treat and respect women. I once consulted with a Catholic priest who assured me that my lifestyle as a homosexual did not interrupt or negate my fellowship with God. I continued my lesbian journey and believed I was experiencing the best of both worlds.

However, as time went on, the passage of Scripture in Romans 1:18-30 convicted me. I knew I had to make a choice. The emptiness I felt within was overwhelming. In 1998, I rededicated my heart to the Lord. The Lord changed my life 21 years ago and I have been walking in freedom ever since that time.

My message of freedom in Christ is more than just something I studied or heard. I knew what I was before Christ and the woman I am now.

A Black Woman in Ministry

Unfortunately, it didn’t take long for me to learn that no matter what I had been through and where God was taking me, I was a black woman in ministry. It was clear where I was and was not allowed to share the message.

My skin color subtly and sometimes quite blatantly continues to play a significant part in who wants to hear what I have to say. In April of 2018, I received my credentials under the Assemblies of God. I wanted to better myself and continue to be educated. I felt that if I had my credentials not only would I be taken more seriously, but also I would be respected as a pastor. Alas, that has not been the case.

I am not a mad Black woman.

I always feel it’s necessary to say that because each time I broach this topic, my frustration, exhaustion and confusion seeps into my words, and it comes across as anger.

When I went into ministry, I always felt if I learned to articulate, dress, and carry myself like my white counterparts, my blackness wouldn’t be much of a hurdle. I would compare my age and experience to other speakers like Lisa Bevere, Christine Caine and Lisa Harper, and I’ve wondered why I have not been afforded similar opportunities. I love all three of these women. But I can’t help but think that if I were white and speaking on the issue of homosexuality … would I be picked more often?

Some of my white equals in ministry might think I am being petty. Is what I have to say any different than a white Spirit-filled woman in ministry?

It is a grave injustice in the Body of Christ if the only reason a black woman like me is denied the opportunity to minister is because of the color of her skin.

I was Exodus International’s poster girl. I can honestly say from experience that being selected as a speaker because of my race feels just as bad as not being selected at all. It’s never anyone’s desire to be the “token” racial minority.

I’m sure giving you an example of how I was passed over because of the color of my skin might humanize me more or help you understand. If you aren’t black you won’t understand unless you have walked in my shoes. However, it only fuels the fire within me to never quit and remember the color of my skin was God-given and I don’t need to apologize for that. My spirit hasn’t been broken — and I have no desire to strike back or get revenge. Rather, I extend an outstretched hand, inviting you to fight alongside of me.

I’m going to continue to speak in churches and at women’s conferences nationwide, and my team will continue to minister to families and those that are struggling with all kinds of sexual issues.

Just as the word of God cannot be bound, neither can the testimony we embrace. We are overcomers by the Word of God and the testimony in our mouths. Where the doors close because of the ignorance of one, God will open others.

These days I am reclaiming my identity, telling my story of trauma, transcendence, and the power of words. To any black person reading this, maybe you’ve struggled with isolation and shame during the aftermath of not being accepted because of your blackness.

The good news is that we don’t need to be ashamed of who we are because God knows our names.

Janet founded Janet Boynes Ministries in Maple Grove, Minn., in 2006. She has authored the books: Called Out: A Former Lesbian’s Discovery of Freedom, Arise: The Journey from Fear to Faith, and God and Sexuality: Truth & Relevance Without Compromise, which is her latest book. She challenges individuals and the church to reach out with a message of hope and restoration to the homosexual community. Her articles have appeared in Charisma magazine, CALLED, Power for Living, Believer’s Voice of Victory and many more.