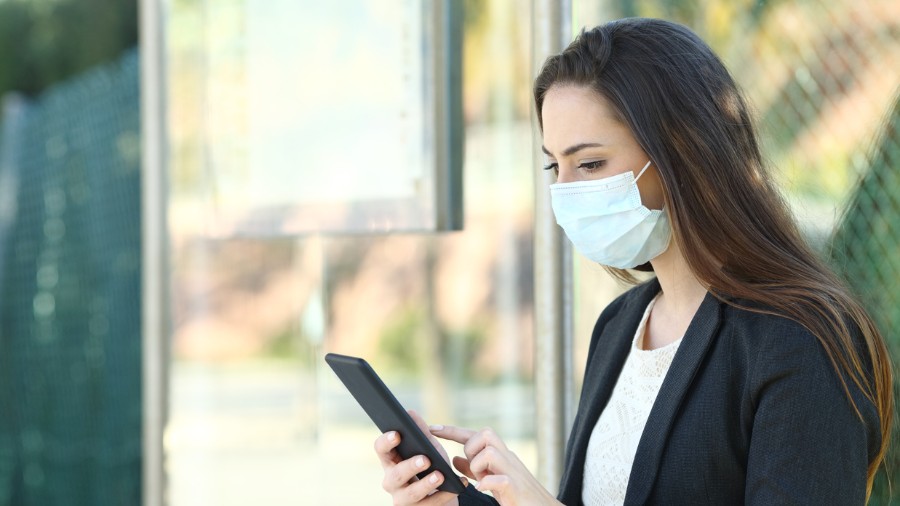 I wrote yesterday about the frustration of hearing scientists in charge of the COVID-19 response call incessantly for data, no matter how long it takes to get it. Well, Americans sitting at home with no work for the foreseeable future want data, too — but a lot sooner.

For example, we want to know the real infection rates, recovery rates and “negative outcome” rates. (Everybody knows what doctors mean when they employ the euphemism “negative outcome.”) We need these to assess how necessary it is to grind the U.S. economy to a halt for months and possibly create global economic collapse, with all the disaster and hopelessness that would bring.

For many, the seriousness of this — the full impact — is just now really starting to hit. We hear it in President Trump’s voice, now that he’s had to extend the stay-at-home guidelines. The kids want to go outside and visit friends. People worry if they’ll have jobs to go back to. The rent was due on the 1st. Speaking of that, one way we know it’s bad is because April Fool’s Day came and went with precious few April Fool’s jokes.

We Have No Idea How Many Have Been Infected

Anyway, right now it’s impossible to know what the reality is, because we have no idea how many have been infected. That means “experts” are flying blind, too. An undetermined number of those who pick up the virus are either asymptomatic or have mild symptoms that mimic some little respiratory thing and they don’t even get tested. That’s why estimates and predictions have been all over the map. Fancy charts and graphs mean nothing. You know how it is with computer models (including those for predicting “climate change”): garbage in, garbage out. Any infection rate we plug into these models is guesswork. Garbage.

Dr. Anthony Fauci has said that antibodies testing is not a priority right now.

The way to get more people back to living their lives is to let them have the blood test for COVID-19 antibodies. That’s especially true, of course, for healthcare workers, who could benefit incredibly from knowing they have immunity. As of last week, an antibody test considered reliable by researchers has become available. But, as Laura Ingraham pointed out on her Wednesday Fox News show, Dr. Anthony Fauci has said that antibodies testing is not a priority right now. It will be important, “ultimately,” to “get a feel” for how far the virus penetrated society, to have an idea of “the herd immunity,” but that this is not their “immediate problem.”

We Need Data on This Now

Say what? I’m sorry, but that makes no sense. We need data on this now. Dr. Birx gets the importance of this test, at least for health care workers. She’s calling on universities to help and says they’ll be ready by this Friday. She says the test is fast and easy — fantastic news for health care workers and all those on the front lines. But we also need this done on a larger scale to get the true picture of what this virus does. If the infection rate turns out to be a lot higher than we thought, then the “bad outcome” rate is far smaller than current guesses suggest.

On a positive note, six pharmaceutical companies, including Johnson & Johnson and Pfizer, are working on a vaccine. The company Moderna has already started human testing. Even big tobacco has joined the effort, with Lucky Strike saying they can quickly grow tobacco containing antigens to the virus. That is incredible. Still, the vaccine is a long-term answer. Even an optimistic estimate for this to be ready is 12-18 months.

The President wants us all to be able soon to go back to work and get back to normal. The old normal, the good normal. But be warned: there are many who aren’t focused so much on that. Researchers want their data. Doctors want a high percentage of “good outcomes.” China wants us weak. And leftist politicians in our own country want a “new normal” of limitless spending and control over our lives, forever and ever amen. If we’re not vigilant, the threat of contagion could easily become a permanent excuse for tracking us all with GPS, monitoring social activities and confiscating guns. Fun times.

We Need More Immediate Data on Hydroxychloroquine, Other Treatments

But let’s get back to talking about the legitimate, worthwhile pursuit of data. Here’s the biggest one of all: We sitting at home desperately want to see data on the antimalarial drug hydroxychloroquine, both as a protective measure and, in combination with azithromycin and zinc, as a treatment for respiratory symptoms. I don’t mean the large controlled studies that take months or years, because we don’t have that kind of time, but smaller studies that reinforce the “anecdotal” reports we’ve been getting. Some doctors now are routinely treating coronavirus patients with the combination hydroxychloroquine therapy, though they have to monitor closely for possible adverse cardiological effects. (Note: this is why I advised against using “pop-up tents” outside hospitals to hand out mass quantities of the drugs.)

In fact, eminent infectious disease specialist Dr. Stephen Smith reports that of all his patients, no one receiving at least five days of the drug therapy has had to go on a ventilator. This supports the results of that early French study that some “experts” were dismissing. The odds of these results happening by chance are, in effect, zero.

He called this “a game-changer.” In fact, he told Laura Ingraham, “I think this is the beginning of the end. Of the pandemic. I’m very serious.”

Here’s another preliminary report of a different treatment that also looks very promising.

If that weren’t enough, here’s another piece of useful data: The more patients they treat, the more doctors are seeing that the ones far more likely to experience “negative outcomes” are those who are overweight or obese and/or diabetic or pre-diabetic. Sure, the gyms are closed for now, but I can’t think of a better reason to start some kind of diet and fitness program at home. Step it up when the gyms re-open. And toss away the cigarettes for good! Save the tobacco for antigen-growing.

Data on the Origin of the Virus: An Interesting Paper Ignored by News Media

Finally, again, we want data from China. And China is actually giving us some, in spite of its leaders’ efforts to keep the lid on. I’ve been commenting this week on the possibility that the COVID-19 virus originated not in the Wuhan live animal market but inside a nearby biotech lab. That’s not just speculation: scientists from the South China University of Technology have put together a compelling case that one of two labs in Wuhan Province researching coronavirus in the “intermediate Horseshoe Bat” is the likely source of the contagion.

Their paper has been online for two months but our media have virtually ignored it. (That Australian 60 MINUTES report I linked to yesterday talks about it.) Tucker Carlson and a few others have reported on it. But the director of the National Institutes of Health has, inadvertently or not, run interference for the Chinese government by dismissing the idea as “outrageous.” No, it isn’t.

Maria Bartiromo brought up the subject, with Ted Cruz.

And Jim Treacher at PJ Media has an excellent commentary on this.