We Live Now By Lies

From Biden and his generals to Fauci, Facebook, and our medical censors 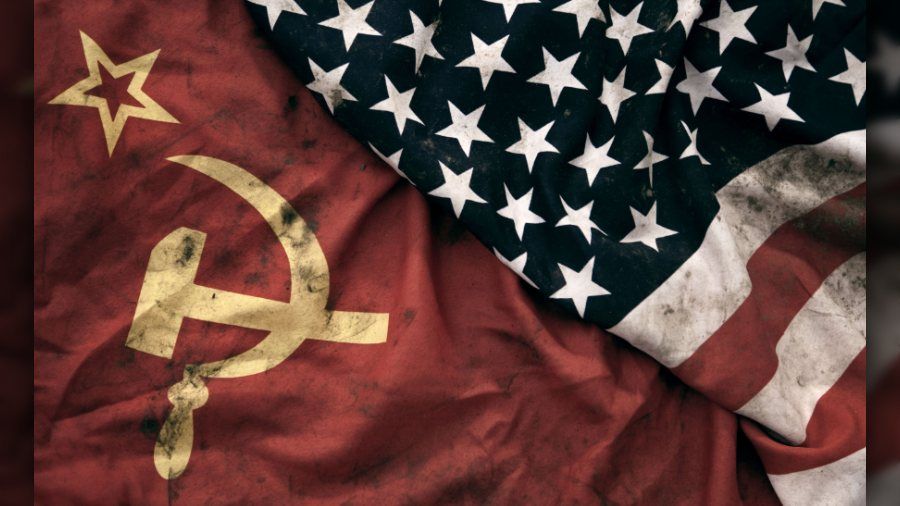 The most profound lesson Alexander Solzhenitsyn took away from his decade in the Gulag, and decades of courageous dissidence, was “Live not by lies.” He saw at the very root of the misery, poverty, cruelty, failure, and massive wastage of human lives and potential that was Soviet Communism something simple.

When people were being lied to by those with power, they didn’t speak up. Or fight back. Or quietly organize. Instead, they succumbed with a wry stoicism, leavened with cynicism. They reasoned, “This is how governments always work.” They internalized the idea that by its very nature, any regime is corrupt, and that those who work for the government are only in it for themselves. In the short run, that made things more bearable. In the long run, that’s slow-acting poison.

Countries where the public comes to believe that are cursed, and have bleak, truncated futures. Post-Communist Russia is still rendered toxic by such cynicism, in contrast with nations like Hungary and Poland, where hope and some sense of civic virtue have returned. The United States as ruled by a Woke Oligarchy centered in Silicon Valley, Congress, the Ivy League and Hollywood, is soaking in the lessons that beaten-down Russians learned. And for letting that happen, our grandchildren will curse us.

The Pride Parade of Liars Marches on and on

We could point to dozens of instances of public, outrageous lies in the past five years that went unpunished, unshamed, unretracted. Just rattle off some of the names: Jussie Smollett, Michael Steele, Michael Avenatti, Christine Blasey Ford, Peter Strozk, Andrew Cuomo, Anthony Fauci … . But Americans just saw something worse. We witnessed the leaders of our country’s military lie to the public, and then to Congress, about a savage U.S. drone strike that slaughtered civilians.

Leave aside for now the crowning incompetence entailed in mistaking a U.S. allied aid worker and his family for an ISIS operative. This in the midst of an unprecedented American military disaster, an artificial crisis and unconditional surrender which Joe Biden insisted on because … . Why exactly? For no reason we can think of, except that maybe China demanded it. And China has leverage over Biden, via Hunter.

This after Afghans who’d served us plunged from the bottoms of helicopters, as we fled in our very own Dunkirk from the Taliban and al Qaeda. At least we could have departed with some scintilla of dignity. Instead, we drone-struck our friends, boasted about it for weeks as a “righteous kill,” and then had to sheepishly apologize.

Not that General Mark Milley seems sorry. We saw his defiant, dishonest testimony on Capitol Hill. Now the whole world knows that the Pentagon found out soon after the strike that it wasn’t “righteous” at all. That it was just one more instance of the U.S. blundering and butchering innocent Muslims, like the thousands of civilians killed by John Brennan at Barack Obama’s orders. Plant more seeds for the suicide bombers of the future, why don’t we?

Our newspaper of record since the 2020 election, The Epoch Times, gives a lucid recounting of the real order of events:

Three of the U.S. military’s top officials have told Congress that they realized within hours that a botched Aug. 29 drone strike had killed innocent civilians — contradicting earlier military statements about what the government knew in the aftermath of the incident.

Defense Secretary Lloyd Austin also said the Pentagon knew about civilian deaths within “several hours” of the strike, as did Gen. Mark Milley, the chairman of the Joint Chiefs of Staff.

A Cascade of Lies from the Top Down

That casual lie to Congress leads us to ask: What else are the generals lying about? Specifically, when Gen. Mark Milley went on TV to call the attack a “righteous strike.” Did he already know that it was in fact an accidental war crime? When Gen. McKenzie was asked at what point he learned that our mission had turned unspeakable, he answered with a phrase as banal as it was evil: “Some time later.”

It disappointed us but didn’t surprise us that GOP lawmakers didn’t press McKenzie on this question. When exactly? What is “some time,” seconds or minutes or hours or days? Before or after the Pentagon called the strike “righteous” on television, for instance? The neocons have trained most Republicans to defer to men in uniforms, to nod respectfully and greenlight bigger missions, more spending, more deaths.

Would it really surprise us to learn that top generals were trumpeting a “righteous strike” in public, while privately figuring out how long they could stifle the truth, and wondering how they’d spin it? We already know that Joe Biden was begging the Afghan president weeks ago to falsify his own grim military situation, to help Biden politically.

Tell the Truth, Go to Jail

There are some men in uniform we respect. One of them is where the best U.S. servicemen might soon be found: in the brig, for telling the truth. Marine Col. Stuart Scheller has been jailed, and awaits trial, for daring to question the chaos and futility of our Afghan withdrawal. As The Epoch Times reports:

Stuart Scheller said he wanted senior leaders to admit mistakes were made. After being removed from command over his videos, he resigned in late August. He was thrown in the brig recently and remains there at this time. A hearing is scheduled for Oct. 5.

Stuart Scheller is suspected of violating four articles outlined in the Uniform Code of Military Justice, including Article 88, which prohibits the use of “contemptuous words” toward superiors, a Marine spokesperson told Rep. Troy Nehls (R-Texas).

“Our son has been given a gag order and thrown in prison and strip searched and thrown in isolation and is facing prison for breaking his chain of command. I’m fine if that’s the exact punishment that is taken out all the way across the board for anyone who breaks command,” Scheller’s mother told NTD News.

That’s the kind of outcome you expect in a Kafka novel, or a Soviet memoir. Or in the Oligarchy’s Amerika.