#WeAreClosed. Does the Left Have a Point about Workers? 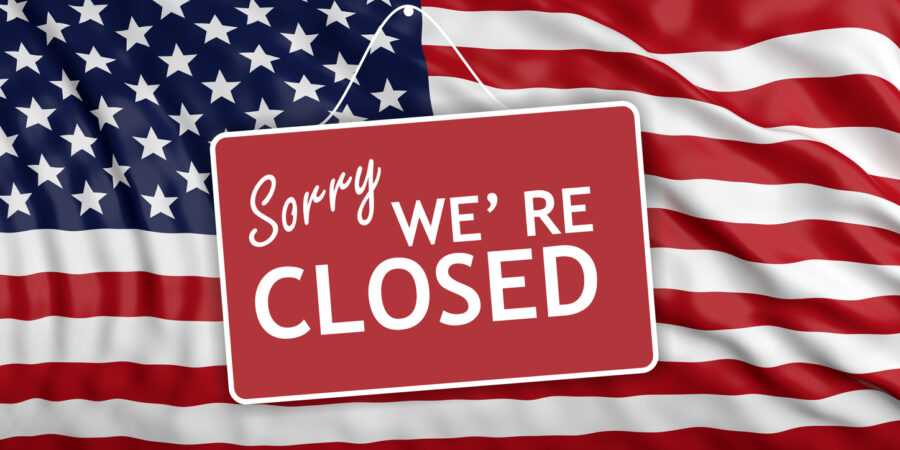 There are fewer worse feelings in the world. You’re working full time at a grueling, manual labor job but still not making enough to pay rent and afford groceries and health care. Companies that make millions in profit and have high-earning CEOs should be able to provide workers enough to support themselves. The fact they don’t is immoral and a disgrace. Men like Henry Ford knew better. Without the government telling him to, he paid his workers well enough so they could buy his cars.

It’s a compelling argument, especially for those of us who have had to work hard manual labor jobs to get by. It’s easy to call people lazy or selfish when you’re making good money sitting behind a keyboard all day. It’s different when you’re in the dishwashing pit.

The fight for better wages and benefits is represented in the trending WE ARE CLOSED movement. Millions of blue collar workers lost their jobs during the pandemic, and now that things seem to be improving, those same workers have no desire to go back to the grind. Some sample tweets:

I’m seeing #WE ARE CLOSED” trending. Maybe if businesses paid a living wage and offered things like health care people would want to work? Nobody should EVER have to work 2-3 jobs just to barely afford to just be alive.

#WE ARE CLOSED
NO ONE WANTS TO WORK ANYMORE
Might be because low wages, high stress, high anxiety, and bad management
Hmm?

Before you blast those tweeters as entitled, answer one question honestly: What was the last manual labor job you held?

Mine was at a home improvement store in Maryland. I took the job last Christmas in an effort to get better pay and benefits after leaving a job washing dishes. The dish washing job was for a company that posts annual profits of two billion dollars. I was making $12 an hour with no benefits.  I had come to that place after becoming radioactive in 2018 after an epochal attempted political assassination. I didn’t mind going back to manual labor, in fact maybe I could get in closer contact with God. Jesus after all was a carpenter. I just didn’t want to leave everything on the field for a company that wouldn’t at least love me halfway back.

The home improvement job was slightly better pay, but still not enough to cover my health insurance premium, rent and groceries. The company I worked for posted profits of $12 billion last year.

None of the people I worked with was lazy. I invite any keyboard warrior reading these words to do the same job and last more than three days. I mostly worked outside in the “mulch pit.” That meant spending hours massing bags of fertilizer into cars and trucks that, on nice days, would sometimes line up ten deep.

During Christmas an 18-wheeler would pull up filled with several hundred Christmas trees. We would spend all day unloading the beasts, unwrapping them, stacking them, then selling them and tying them to the hoods of people’s cars. The pay was $14 an hour with no health insurance. You were also at the scheduling whim of the managers. They could have you work as many or as few hours as they wanted. If it was a lot you were worked to the point of total exhaustion. Not enough and you couldn’t pay your bills. People would catch a little sleep in the break room, just wiped out from three jobs that didn’t provide benefits. Ben Shapiro likes to sneer at blue collar complaints. Has he ever needed to nap in a break room?

Having health insurance provided would have made a huge difference. My premium was $1000 a month. What a sinking feeling it is, getting a paycheck and then turning it over to an insurance company, with nothing left. If I wasn’t raising money for writing projects on the side, I would not have made it.

I’m a political conservative, but I would want my comrades on the right to be careful about dismissing the sentiments behind WE ARE CLOSED. Like this tweet from Steven Crowder:

“WE ARE CLOSED” trend is filled with entitled crybabies.
There is a greater job surplus than at any point in modern American history, a HUGE portion of which pay far more than $15/hr.

If you think that plumbing, welding and carpentry is beneath you, you get nothing.

I don’t know anybody who think those jobs are beneath them, and I don’t think Crowder does, either. I never minded working manual labor jobs. One of my heroes, Pope John Paul II, worked in a construction pit. Working with your body leaves the mind free for prayer and contemplation, something that monks figured out a long time ago. Also, a lot of people have no desire to move up into management. They like bagging groceries or fixing cars or interacting with customers at a retail space. These people deserve a good wage and benefits. Saying so doesn’t make me a communist. It also should come as no surprise that I met many Trump fans as a member of the proletariat. These people don’t want handouts. But they don’t deserve to get wiped out if one of their kids gets sick.

There’s also the queasy conservative pretense of meritocracy. The right too often functions by nepotism. You give your buddy the job, not somebody else who could do it better. I have driven huge traffic to a lot of conservative websites, including one I worked for. The same places laid writers off, while keeping on talentless staffers who don’t perform a fraction as well. Conservatism Inc., has more past-their-prime coasters and underperforming hacks than Hollywood.

So you can dub me a Red Menace, but I get why WE ARE CLOSED. A person who spends eight hours a day washing dishes, or wrestling Christmas trees, or waiting tables, shouldn’t need a second or third job just to get by. Hey conservatives, don’t forget: these people VOTE. Who do you think your base is out there, the diversity consultants and Hollywood elites?