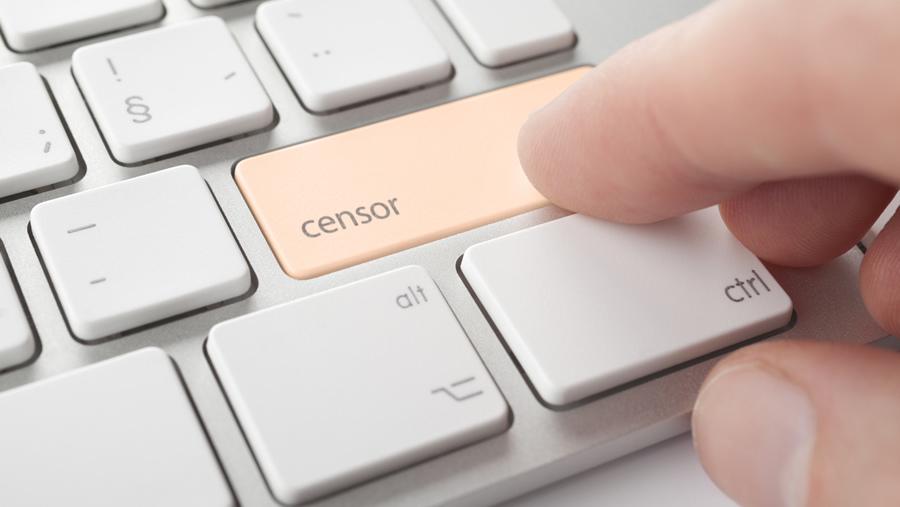 To date, we have posted more than 1,800 videos on our YouTube channel, and although hundreds have been demonetized, not one of them has been banned. That is, until now.

Honestly, it makes no sense.

I’m used to the fact that, the moment we post a video on our channel, even before it goes public, YouTube flags it as, “Not suitable for most advertisers.”

It’s ridiculous, but it’s the norm. Subject matter does not matter. The video still gets flagged.

Except now, when I confront antisemitism and respond to lies spoken about me on YouTube by Catholic scholar E. Michael Jones, the video gets banned. (On the video, I also corrected errors in Dr. Jones’ recent mini-book, which is primarily an angry screed directed against me. But that’s a story for another article, since Amazon refused to post my review of the book!)

For example, on our video, we played a clip of Dr. Jones saying that Brown “claims to be a Christian but talks like a Jew.”

Aside from the patent absurdity of Dr. Jones saying that I “claim” to be a Christian, I asked on the video what it means to “talk like a Jew.”

And because of this the video gets banned?

He made other statements, attacking me falsely and claiming that he was not an antisemite. We played those clips, and I offered to debate him on whether his views were antisemitic.

And for this, my video gets banned?

He is allowed to attack me on YouTube, but I’m not allowed to set the record straight?

What makes this even odder is that, the same day YouTube banned our video responding to Dr. Jones, they approved and monetized our video exposing the blatant antisemitism of Rick Wiles and TruNews.

At the same time, YouTube also approved and monetized our video which answers the question, “Did the Jews Kill Jesus?”

According to Dr. Jones, the answer, without qualification, is yes, “The Jews killed Jesus.”

I took issue with Dr. Jones, both on the video YouTube banned and on this other video, which focused on this question.

Why, then, would YouTube ban the one video and approve the other?

That’s what our video was about. Responding to Dr. Jones’ false statements about me (and/or, the Jewish people), and setting the record straight.

And for this, our video gets banned.

Dr. Jones, without hesitation, and claiming scriptural support, believes that “the Jews are enemies of the entire human race.”

We played a clip where he stated this, and then I challenged his point of view.

And for this, our video gets banned. Something is not right.

When we appealed YouTube’s decision, certain that the reviewer had simply misunderstood the content (as if I was espousing antisemitism rather than exposing it), we received this reply:

“Thank you for submitting your video appeal to YouTube.

“After further review of the content, we’ve determined that your video does violate our Community Guidelines and have upheld our original decision. We appreciate your understanding.”

The good news is that we have other ways to get our video out, and you can watch it for yourself here. And, since we reach so many people who differ with us on YouTube, we’ll continue to use the platform as long as we can, assuming they simply made a serious error this time around.

So, click here to watch our first-ever banned video.

I should also add that, for the record, I do not feel like a victim. I do not feel “persecuted.” No one is torturing me in a jail cell or chopping off my head. And, despite these minor bumps in the road, our message is reaching millions, and for that, I am grateful to God. Let the disagreements come!

At the same time, when something egregious happens, like the banning of our video, we will not idly by.

Finally, to Dr. Jones, my invitation remains open. Let’s do a formal, moderated, academic, public debate as to whether your views are antisemitic or not. Why not, sir?