Leftists Put Out Fake News to Fool Conservatives and Make Us Look Stupid. And I Fell For It 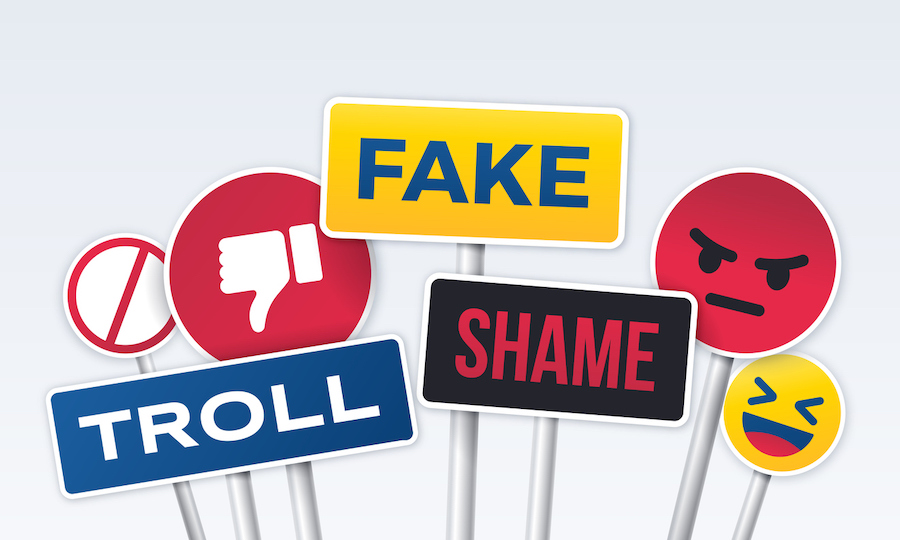 Some leftists have become really clever at inventing fake news stories — about the left. Why? To trick the right into looking stupid by spreading them. Unfortunately, some conservatives will jump on any story about leftist evil without checking first. The stories feel true, so they must be true. Leftists would do that! Eventually, someone exposes the story as a fake. Liberals get to laugh at the gullible conservatives.

The latest one going around is that Antifa is calling child protective services on conservative parents. Patrick Howley, the conservative founder of Big League Politics, tweeted about it. He included a photo.

BREAKING: Self-identified ANTIFA operatives are filing false reports on Trump-supporting parents to Child Protective Services, and encouraging others to do the same, knowing CPS is liberal.

Lots of sources say this is happening — don't let them say this was a joke pic.twitter.com/y1CHkArJMk Howley claimed it wasn’t a hoax, but didn’t offer any evidence. He’s a respected journalist, who broke the story of Virginia governor Ralph Northam’s racist yearbook picture. Trusting his reporting, many retweeted him.

Liberal journalist Will Sommer debunked the claim. No friend of conservatives, he writes the Right Richter column for The Daily Beast ridiculing the right. He pointed out that the rumor came from a Twitter account called @JoinAntifa, which has a measly 109 followers. Its description says, “Calling CPS on MAGA parents since 9/1/19.”

That Twitter account has tweeted other obvious hoaxes. One claims Antifa is going to report pro-Trump Boy Scout leaders to the police as pedophiles. Another says armed Antifa members are going to show up at polling locations.

I tweeted at Howley and asked him if it turned out to be a hoax. He did not respond. He hasn’t deleted the tweet.

Twitter did take action against the @JoinAntifa account and reduced its visibility on the platform. But it’s still there, waiting to fool conservatives.

What Do We Do About This?

This means checking to see if something is legitimate before spreading it on social media. Just taking a few seconds to look at the @JoinAntifa account would have revealed that it only had 109 followers. That should have been a red flag.

I admit I’m as gullible as anyone. I follow an anonymous account on Twitter that tweets out the best memes. Some are obviously satire, so spreading them on social media is no big deal. But some are flat out incorrect, and cannot be confused for satire. One such meme featured a woman pulling down her pants and going to the bathroom in public in protest. The meme said it was a Trump protester. I retweeted it and posted it on my Facebook pages. It went pretty viral on Facebook, with well over 100 people commenting and hitting like or other emojis.

But then I started getting comments from people saying that the photo was actually from Mexico. They noted that you could see the Mexican congressional building in the background. The photo had nothing to do with Trump. But it seemed realistic, so why should I bother taking the time to research it? Looking back, I should have used Google’s image search feature, which would have pulled up instances of that same photo around the internet.

It would not surprise me if the fact-checking sites Snopes and Politifact deliberately leave some items out because they’d rather fool conservatives to make them look foolish.

Sometimes you can locate these fake stories and memes on fact-checking sites like Snopes and Politifact. But they lean to the left, and will often denounce as false things that are actually true. Plus it would not surprise me if they deliberately leave some items out because they’d rather fool conservatives to make them look foolish. I could not find the photo from Mexico on either of those sites.

People spreading these planted false stories can seriously hurt their own reputations and careers. Especially when they’re prominent. Spreading them can also make conservatives as a whole look gullible and dumb. That’s the reason leftists post them. Once the conservative has been caught spreading fake news about the left, the left will bring up the instance whenever his name comes up. They’ll point to it as evidence that he can’t be trusted. Worse, they’ll use it to argue that conservatives in general are foolish and gullible, and don’t care about the truth.

Social media seems safe. Why would people post something that’s not true? We think we can tell a true story from a fake one. We can’t always do that, not without checking carefully. Remember that if it looks like a perfect example of how bad the other side is, it may be made up. The other side may have made it up. Check.

Social media really is full of traps. And some of them are set by leftists to embarrass conservatives. They’re really good at making fake stories look real. Don’t fall into the trap.