The Washington Post and Jonathan Capehart are Eating Crow

A reporter for The Washington Post failed to check sources or look at the facts before publishing a list of so-called 'enemies of quality.' The truth must be so annoying to his agenda. 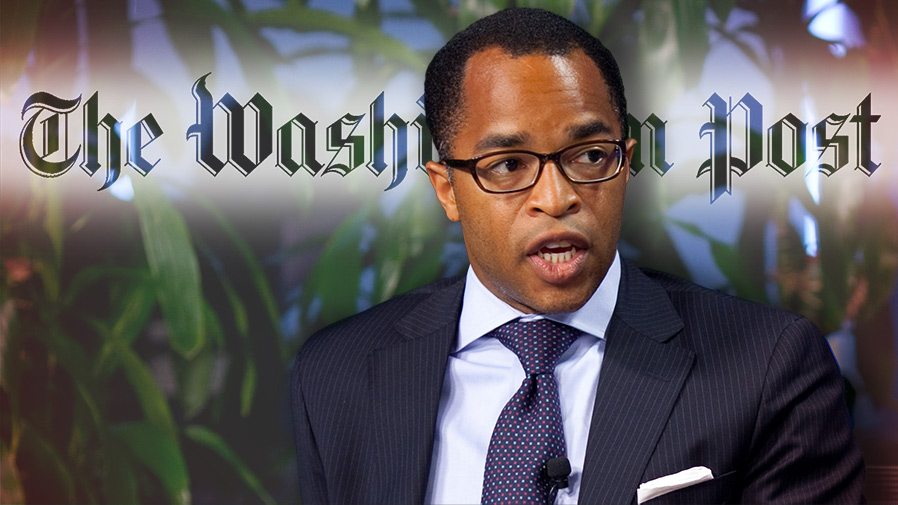 There is big problem — the chart is wrong, and so is Capehart. He ignored numerous attempts to contact him. While Liberty Counsel does represent Kim Davis, it is not connected with nor receives money from ADF.

In response to Capehart’s false reporting, I issued a press release and article correcting the record. But this is where Capehart cannot help himself. In his “truth does not matter” world, he has now written what he must think is a “gotcha” article. But the “gotcha” is on Capehart.

Capehart’s second Washington Post article admits that Liberty Counsel did not receive funding from ADF, but now he claims that ADF sent a $10,000 contribution to Liberty University School of Law in 2013, while I was dean of the law school. There’s the connection, he thinks! Apparently, Capehart not only refuses to check his sources, he must also have a hard time reading.

He points to an ADF 2014 990 form, and, sure enough, there is listed Liberty University School of Law. But, if Capehart had read the 990, he would know that this is an obvious mistake. The address listed is Ohio and Liberty University School of Law is in Virginia. That’s not all. The EIN number for the donation is nowhere near the EIN number for the law school or Liberty University. There is an obvious typo because EIN numbers do not begin with 31, as the 990 states. Had he typed the address on the 990 into a search engine, Capehart would have discovered the ADF contribution listed a private address in Ohio, not a law school in Virginia.

The pesky truth keeps causing Capehart to stumble. How annoying truth must be to his agenda.

Seemingly obsessed to find a “right wing conspiracy,” Capehart has embarrassed himself. But I want to thank him for these two articles because it is now abundantly clear that Capehart’s shoddy journalism cannot be trusted.

The Washington Post now has the facts. What it does from here will determine whether it wishes to wipe the egg off its face and re-establish some remnant of credibility, or continue to push its leftist tin foil hat conspiracy theories at the expense of objective journalism.

The Post should do the right thing, retract Capehart’s erroneous article and immediately issue an apology to me, Liberty Counsel and the Liberty University School of Law.

Mathew D. Staver is Chairman and Founder of Liberty Counsel®, an international nonprofit litigation, education, and policy organization dedicated to advancing religious freedom, the sanctity of life, and the family since 1989, by providing pro bono assistance and representation on these and related topics. With offices in Florida, Virginia and Washington, D.C., and an outreach in Israel, Liberty Counsel has hundreds of advocates around the world.