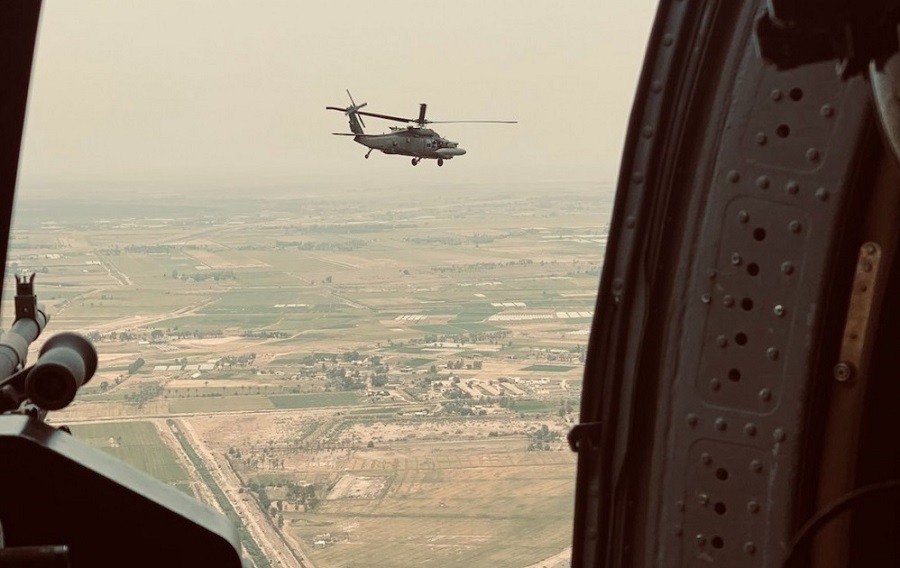 War raged in the Middle East for eleven straight days before a ceasefire agreement was reportedly reached between Israel and the Hamas terrorist group.

While the White House has been playing down that deadly conflict’s effect on U.S. troops, American forces in nearby Iraq and Syria are still fighting their own battles against terrorists.

This week in Iraq, U.S. troops coordinated with their Iraqi counterparts to take down an ISIS bomb factory in Baghdad. Coalition warplanes also conducted nine airstrikes in the Hamrin mountains in northeastern Iraq. Five ISIS hideouts were destroyed, according to the U.S. military.

Every single day, valiant American troops risk their lives at war in some of the world’s most volatile regions, including the Middle East. Please join The Stream in humbly asking God to shield these courageous warriors from the evil murderers they have selflessly volunteered to confront.

Violence in Afghanistan continued this week, with 13 civilians reportedly being killed in roadside bomb attacks on Thursday alone. The Afghan government is blaming the bloodshed on the Taliban, according to ABC News.

“Large swaths of war-ravaged Afghanistan have been littered with bombs and land mines,” the ABC report said. “Many have been planted by insurgents to target military convoys but often kill civilians instead.”

Meanwhile, the withdrawal of U.S. troops from Afghanistan is ongoing, with U.S. Central Command estimating that between 13-20% of the process has been completed. A CENTCOM statement released this week also said 115 massive loads of material have been airlifted out of the war zone, while more than 5,000 pieces of equipment have been earmarked for destruction. Five bases have also been handed over to the Afghan government.

Please pray for the thousands of Americans still deployed to Afghanistan. We ask the Lord to protect these heroes from danger between now and the projected conclusion of America’s longest war by the 20th anniversary of the 9/11 terrorist attacks.

A Korean and Vietnam war hero will be presented with the Medal of Honor by President Biden on Friday at the White House.

Colonel Ralph Puckett Jr., a 94-year-old retired U.S. Army Ranger, will receive the nation’s highest military decoration for courageously leading his unit through a deadly 1950 battle on frozen terrain in Unsan, Korea. He initially received a Distinguished Service Cross for his bravery during that battle and was later awarded another for heroism displayed in Vietnam.

Without regard for his own safety, then-1st Lt. Ralph Puckett, Jr. repeatedly placed himself in mortal danger as he led his Ranger company on a mission during the Korean War in Nov. 1950. Later this week, the nation will welcome him as our country’s newest #MedalofHonor recipient pic.twitter.com/3geIo414f2

Congratulations to this legendary U.S. Army warrior and American hero. We thank Col. Puckett and his family for the many years of sacrifices they made for our nation.

After eight long months supporting the war effort in the Middle East, about 100 members of a U.S. Air National Guard unit have returned to Jacksonville, Florida. 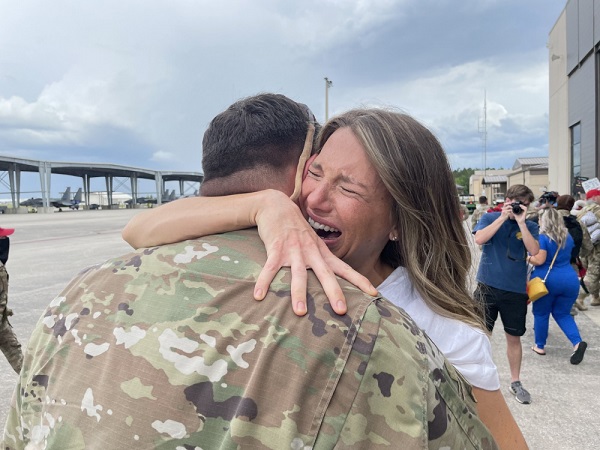 About 100 U.S. Air National Guard airmen return to Jacksonville, Florida, following an 8-month deployment to Qatar on May 5, 2021.

Welcome home, heroes! Enjoy being back home with your families and thank you for your dedicated service to our country.