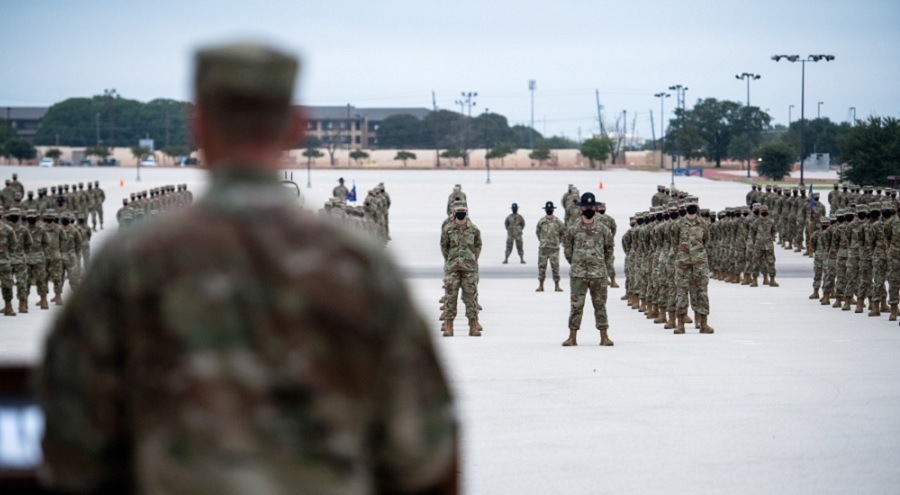 For more than eight months, the heroic men and women of the United States military have been fighting a war on COVID-19. This week, Military.com is reporting that another American hero has succumbed to the coronavirus.

The Texas Air National Guard airman is the ninth U.S. service member to die from the disease, according to Department of Defense statistics. As of Thursday, there had been 755 hospitalizations and 39,012 recoveries out of 58,968 recorded cases inside military ranks.

As the military continues to coordinate COVID-19 testing and relief efforts across the country, please say a prayer for each and every selfless service member risking his or her life to keep us safe. We also ask God to comfort the family of the Texas Air National Guard warrior who made the ultimate sacrifice.

All week, brave National Guard troops have been busy helping state and local officials with 2020 presidential election preparations, ballot counting issues and security. As of Wednesday, the National Guard was on standby for civil unrest in ten states, according to the Military Times, with approximately 2,600 conducting specific election-related duties in Arizona, Alabama, Massachusetts and Pennsylvania.

As Military.com noted, ensuring a free, fair and safe election isn’t our military’s only role. This year, absentee votes from members of the U.S. Armed Forces could matter more than any presidential election since 2000.

“But at the enlisted level, politics is substantially dwarfed by occupational concerns and the sense of doing something that is adventurous or trying to obtain GI Bill benefits,” Ramapo College of New Jersey political science professor Jeremy Teigen told Military.com. “People are not enlisting in our Armed Forces because they are a particular political persuasion.”

Thank you to all of our brave troops for serving — and voting. You’ve most certainly earned it.

The below tweet by U.S. Central Command is a reminder that while most eyes in America and around the world are on the presidential election, valiant American warriors are still risking their lives at war in dangerous places like Syria.

#Soldiers and Bradley fighting vehicles in NE #Syria continue to patrol to ensure the lasting defeat of #Daesh and provide security and stability to the region @CJTFOIR @SOJTFOIR @usarmycentral pic.twitter.com/wJC9hk1C7P

In Afghanistan, where U.S. troops have been at war since 2001, attacks by the Taliban and other terrorist groups are surging despite a February peace deal. According to Stars and Stripes, “the Taliban also have not severed ties with al-Qaeda, as called for in the deal” along with several other violations.

Whether Joe Biden or Donald Trump is inaugurated on January 20, 2021, the war in Afghanistan will continue to be a huge issue that’s spanned three and possibly four presidencies. Please continue to pray for our deployed troops all around the world, as well as their families here at home.

It’s hard to imagine how good it feels to return to your loved ones after six months at war. Those emotions are exactly what’s being experienced by some brave airmen who recently came home to Utah from the Middle East. 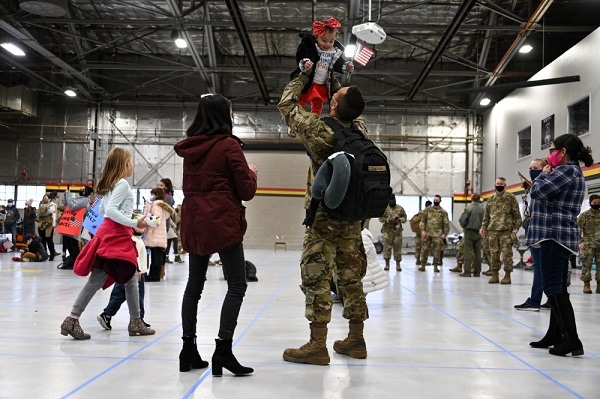 U.S. Air Force airmen return to Hill Air Force Base in Utah on October 25, 2020, following a six-month deployment to Al Dhafra Air Base in the United Arab Emirates.

Welcome back, warriors! Thank you for your service to our country.