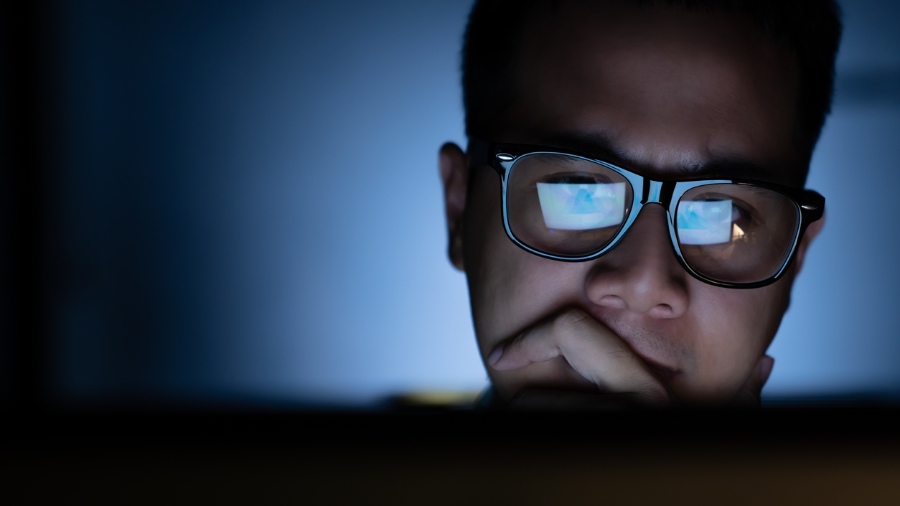 By Christopher Manion Published on November 2, 2019 •

“Why is conservatism making no real headway?” Rob Schwarzwalder asks. Compared with 1992, he observes, Gallup Polls says there are just as many liberals today, but fewer conservatives. Sure, in the past three decades a lot has changed — our country is more divided, and that explains a lot. But here’s the point that caught my eye: “Conservatives have failed to make our arguments well,” he says — even to our own families. “Many conservative Christian parents have failed to explain why they believe what they believe to their children.”

Permit me some historical perspective.

Goldwater’s Warnings and Freedom of Religion

Sixty years ago, my father was preparing to publish Barry Goldwater’s Conscience of a Conservative. Why were we proofreading it on our kitchen table? Because no major publisher was interested in “conservatism.” Surprise! — the book became one of the most important political books of the twentieth century.

A lot has changed since 1960. When Goldwater wrote, Americans crowded the streets every Fourth of July, lustily joined in the National Anthem at public events, and crowded the pews in churches across the country. In fact, belief in God and country was so thoroughly engrained in our culture that Goldwater’s classic didn’t need to address faith at all. Instead, he wrote to warn Americans of the dangers of government trespassing on our freedoms, including our freedom of religion.

Federal Funding Versus Defense of Life and Family

In 1960, the vast majority of Americans were already “conservative” by 2019 standards. The country was united in its opposition to “Godless Communism.” Democrats were among the leading opponents of abortion long before Roe v. Wade. But with the advent of LBJ’s “Great Society,” the statist momentum building since FDR’s New Deal had been embraced by a broad swath of mainline religious groups.

America’s Catholic bishops, most of them from Democrat working-class families, were prominent among them. The lust for federal funding was irresistible. Catholic charities, colleges, and universities quickly joined their secular counterparts to feed at the federal trough. The Catholic hierarchy’s priorities shifted accordingly. Its traditionally vibrant defense of life and family was put on the shelf; before long, its moral voice was drowned out altogether by the sexual revolution.

It was in the late 70s that the political dimension of the “pro-family” movement began in earnest. Evangelical and Bible churches that hadn’t previously played much of a significant political role coalesced when President Jimmy Carter started going after independent Christian schools. Paul Weyrich, a Catholic activist, traveled the country to organize them. Weyrich was the catalyst behind the Moral Majority (which he named) and he joined Jerry Falwell to found it in 1979.

In the summer of 1960 I was demonstrating outside the Republican National Convention at the Chicago Stockyards. A friend lent me his pass to the convention floor, so I went in the back way, wandering through a cavernous storeroom. Just outside the entrance to the main floor, I saw a crowd of pretty gals, all wearing matching cocktail dresses, lined up four abreast. They were part of the “demonstration” planned for the moment Nixon’s nomination was put forward.

They were all wearing sashes emblazoned with “Nixon.”

Nixon? No way. I had to do something. I went up to one of them, a cute blonde twenty-something. “You CAN’T be for Nixon,” I cried. “He doesn’t stand for anything!” I pleaded in my most mature possible 13-year-old voice.

Folks, for the past sixty years, her voice has echoed loud and clear.

The gal smiled and turned over the shoulder-strap of her dress to show me the “Kennedy for President” button hidden there.

Folks, for the past sixty years, her voice has echoed loud and clear. And today its message threatens not only the conservative movement, but our beloved country as well.

From Reagan to George W.

When Ronald Reagan was president, however, there was opportunity aplenty for conservatives, and opportunists galore went after them. Many of us considered the Bush family to be the most opportunist of all. It certainly seemed that way. When George H.W. Bush entered the White House in 1989, his henchman, Jim Baker, fired every Reagan appointee he could find in the Executive Branch. Few survived the silent massacre. Gratitude was not one of Bush’s brighter points of light.

But it was the next Bush, George W., whose presidency put “conservatism” — the movement and the definition — on death row. Yes, his Christian, prolife views were a welcome relief after eight years of the Clintons and their pro-abortion, pro-sodomy, sexually libertine policies. That relief contributed to the strong support Bush received from Christians. But “W” inaugurated policies that opportunists hailed while conservatives wailed. His unwinnable imperialist wars abroad, combined with “Big Government Conservativism” at home, confused many young conservatives who desperately wanted to support him, but couldn’t understand why he was so un-conservative. Confusion reigned.

While principles faded, opportunists thrived. They manipulated Christian pro-family groups every way they could. In May 2004, Karl Rove promised me and a small group of key pro-family leaders that “our turn would come” after the election. Of course, it didn’t. Neoconservatives — former leftists, some of them proud Trotskyites, all of them opportunists galore — corrupted the credibility of the GOP and, yes, of the movement whose name they had hijacked. The result was Speaker Pelosi in 2006, followed by President Obama in 2008 — the two most anti-family, pro-abortion, anti-American political leaders in U.S. history.

Lame in Both Legs

Twenty years ago, the political buzz featured the GOP’s “three-legged stool” — reflecting a coalition of pro-defense, pro-business, pro-family groups. By 2016, two of those legs had collapsed. Did pro-defense mean Peace Through Strength (Ronald Reagan) or Foreign Wars for Democracy (Bush 43)? Did pro-business mean open borders and cheap labor (GOP House Speakers Boehner and Ryan) or the Rule of Law and “America First” (Donald Trump)? Only the pro-life, pro-family coalition remained united, as the Democrats proudly trumpeted their abortion and perversion brand.

Which brings us to another problem.

Feeling Isn’t the Same as Thinking

In Conscience, Goldwater devoted a chapter to education. If “we recapture the lost art of learning,” he writes, America will thrive. If “we give responsibility for training our children’s minds to the federal bureaucracy,” it will spell disaster.

Please note, this was written sixty years ago. To put it another way, three generations ago. In the 1960s, we embraced conservatism on principle — it offered a world of challenging and inspiring ideas. But we had also been taught how to think — logically, clearly, and persuasively. As the years went by, educational standards decreased as the power of federal bureaucrats and their school union allies increased. College offered little remedy, as tenured radicals shredded the liberal arts and drove conservatives underground.

We now confront a generation of young people who have not been taught to think; they’ve been trained to feel.

“The aim of totalitarian education has never been to instill convictions but to destroy the capacity to form any,” Hannah Arendt wrote 68 years ago. Well, today’s educrats merely fill in the vacuum with agitprop.

The result: we now confront a generation of young people who have not been taught to think; they’ve been trained to feel. Of course, as Thomas Sowell wryly observes, when they feel, they think they’re thinking.

That’s fine with the Left, of course. For them, feelings and ignorance rule. You can be a liberal, a socialist, even a communist without thinking. But to be a conservative, you have to think. And that’s hard work in every generation.