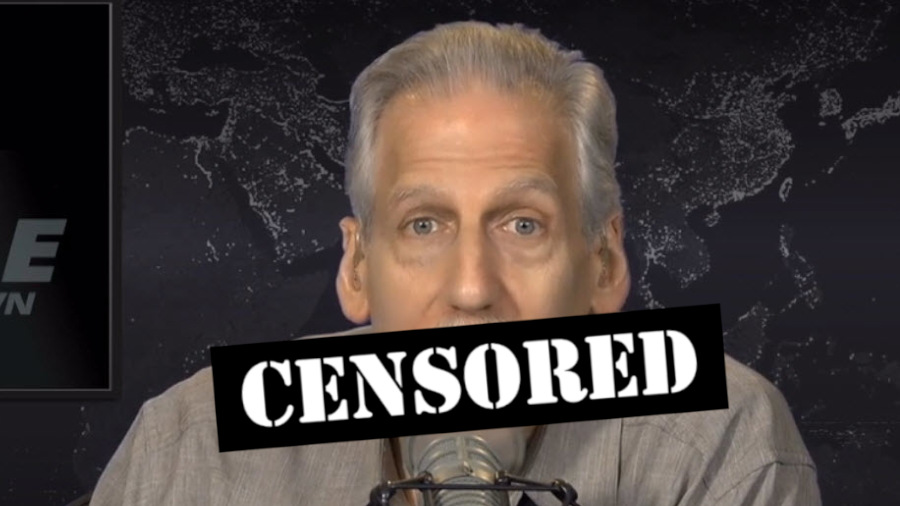 Last week, we received a notice from Vimeo that three of our videos had been removed for allegedly violating community guidelines. When we appealed, we were informed that, “We don’t allow videos that are hateful, harass others, violate someone’s privacy, or include defamatory or discriminatory speech.” And how, exactly, does Vimeo determine which videos cross this line? You’re in for a surprise.

But before I share the rest of the Vimeo guidelines, allow me to address the perennial critics who will say, “Stop bellyaching. If you don’t like how Vimeo operates, go somewhere else.”

To those critics I reply, “This is not about our videos, which are uploaded onto several sites, including YouTube and BitChute. It’s about Vimeo’s policies, which are part of the larger issue of ambiguous social media guidelines. Let’s focus on that.”

The Vimeo rep, named James, explained that, “Specifically, Vimeo moderators will generally remove videos that: Make derogatory or inflammatory statements about individuals or groups of people; Are intended to harm someone’s reputation; Have an overall mean-spirited vibe.”

Let’s put aside the unclear nature of the opening line (the words “specifically” and “generally” are a bit contradictory). And let’s forget, for the moment, that rather than our videos making “derogatory or inflammatory statements about individuals or groups of people,” we were exposing others who did this very thing.

What if Vimeo moderators concluded that these three videos were “intended to harm someone’s reputation”? What, exactly, does that mean?

What specific, tangible, measurable, consistent guidelines are given to moderators to help them determine what, exactly, is an “overall mean-spirited vibe”? How is this not entirely subjective?

Or, on a less extreme level, what of the countless videos posted by Christian critics about other Christian leaders whom they consider heretics? Are any (or all) of these videos “intended to harm someone’s reputation”?

But these two categories pale in comparison with the third one, namely, videos that “have an overall mean-spirited vibe.”

What in the world does this mean? How does one quantify this? What is the precise, non-emotive definition of “vibe”?

I would hate to stand before a judge one day and hear him say, “While I can’t cite any definitive evidence against you, I’m feeling a ‘guilty’ vibe.” Really? Decisions based on a vibe?

And what specific, tangible, measurable, consistent guidelines are given to moderators to help them determine what, exactly, is an “overall mean-spirited vibe”? How is this not entirely subjective?

Perhaps These Videos Also Have a “Mean-Spirited Vibe”?

I could picture a moderator stating, “Dude, I’m telling you that your video is giving me the creeps. Man, I can feel that mean-spirited vibe before I even watch it!”

What about videos that ridicule a preposterous theory (like the current flat earth craze)? Do they have an “overall mean-spirited vibe”?

What about Three Stooges episodes? (Moe could be pretty mean-spirited!) What of Road Runner cartoons? (How many times does Wile E. Coyote have to go “poof”? And why is he always chasing the Roadrunner?) What about biting comedy routines? (These days, just about all the late night show hosts could be categorized as “mean-spirited.”) What about the old Dean Martin roasts? (Perhaps all Don Rickles’ monologues should be removed?)

I was born in New York City and raised on Long Island, and sarcasm comes quite naturally to me (and to a host of other New Yorkers). Do sarcastic videos have an “overall mean-spirited vibe”? (I once tried to explain sarcasm to a very sweet staff member who came from another part of the country. When she finally “got it,” she said, “But Dr. Brown, that’s not nice!” I replied, “Now you understand sarcasm.”)

Shutting Down Accounts Due to Their Christian Message About Homosexuality

In the overall scheme of things, the removal of our three videos is quite inconsequential, especially when compared to what others have experienced.

In 2017, Vimeo removed all 850 videos posted by Dr. David Kyle Foster, an ex-gay with a powerful ministry called Pure Passion, and shut down his account. Earlier this year, Vimeo removed a “Christian church’s account over videos critical of homosexuality.”

These are more egregious issues, raising legitimate concerns about unfair censorship. But when it comes to removing content based on a moderator’s impression about the overall “vibe” of a video, who knows where to draw the lines?

I’m fully aware that these internet platforms have the difficult task of identifying and removing videos which are genuinely dangerous (such as videos that show someone how to make a bomb or videos that call for the bodily harm of a person or group). And I’m fully aware that, on some level, there will always be subjectivity.

But is it too much to ask for something more specific (and less subjective) than having an “overall mean-spirited vibe”?

Is it too much to ask that, with an annual revenue of more than $150 million, Vimeo tasks a smart, clearheaded employee with coming up with something more precise, more specific, and more useful?

Come on, Vimeo, you can do it! I’m getting a good vibe just thinking about it.