Combat veterans are national treasures who deserve our constant support, compassion and respect. 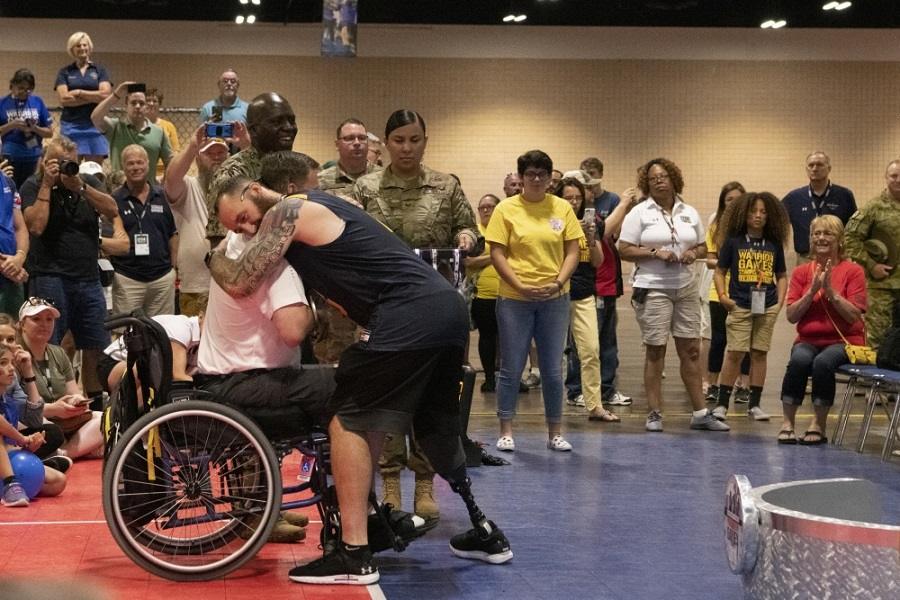 A few days ago, I was speaking with one of our nation’s elite special operations combat veterans about the death of a trusted teammate in Afghanistan. His voice began to crack as he recounted the harrowing events of that terrible day.

“It should have been me,” he said while overcome with emotion.

Hearing a grown man cry is a jarring experience, especially when he’s one of the toughest human beings on the planet. This particular individual is a bona fide American hero who’s captured and killed countless terrorists. Yet for the rest of his life, he’ll be haunted by the tragic loss of his friend.

As this courageous veteran wept over the phone, all I wanted to do was reach out, give him a hug and — like Robin Williams famously told Matt Damon in Good Will Hunting — say four consequential words: “It’s not your fault.”

Another combat veteran I recently talked to just went through yet another surgery. He was originally wounded in Iraq more than 15 years ago. Fifteen years.

Two years ago this week, a book I helped a Medal of Honor recipient write was originally published. Retired U.S. Army Capt. Flo Groberg endured 27 surgeries on his left leg after being hit in a suicide blast. He also lost four close friends in the same attack. Flo was once a collegiate track star, but can never run again at full speed. More importantly, he carries the constant weight of survivor’s guilt as four families of the fallen mourn.

Another book I co-authored was penned with a U.S. Navy veteran-turned Gold Medal swimmer who lost his eyesight during a separate explosion in Afghanistan. While LT Brad Snyder wakes up every day and lives his best life, few could imagine the challenges of suddenly becoming blind.

The veteran I am currently working with, U.S. Marine combat vet Beau Wise, must live with not only the life-altering experiences he saw up close in Afghanistan, but the deaths of both his brothers, Jeremy and Ben, in the same country. The first time I looked into Beau’s eyes, I could actually see the extraordinary anguish he experiences on a daily basis. Even for a writer, what I witnessed during our first meeting is hard to put into words.

Living with the Consequences

Each Veterans Day, we appropriately laud the brave men and women who have proudly worn our country’s uniform. We thank them for their service. Many of us listen to their battlefield stories and share them with our families and friends. All of this is positive and good.

After spending the past decade speaking and working with combat veterans, particularly over the last few months, I wonder if more thought needs to be given about the true depth of a veteran’s sacrifices. It’s not just about risking your life and dodging enemy gunfire, though that’s certainly deserving of praise in itself. It’s about a lifetime of living with the unpredictable, unparalleled consequences of war.

I have also spoken with military parents and siblings who have lost their loved ones to suicide. With self-harm still a major problem among veterans and active duty troops, I also wonder if a national effort should be established to not only spread awareness, but to open our arms like Robin Williams once did in a fictional Hollywood movie.

The tragic irony, of course, is that Williams himself went on to commit suicide. But the powerful words he uttered in Good Will Hunting live on with his legacy of not only being a great actor and comedian, but someone who went out of his way to entertain U.S. troops around the world.

I am certainly no mental health professional, but if you served in a war zone, please try not to blame yourself for whatever might have happened there.

Out of hundreds of encounters with Gold Star family members, not once has a parent, sibling or spouse told me they blame someone their loved one served with for his or her death. No matter what transpired amid the fog of war, you were one of the good guys. You did what you had to do while being put in the middle of an impossible situation that less than one percent of our current population has experienced since 9/11.

To me and to the vast majority of Americans, you are not looked down upon. You are quite the opposite: a national treasure. While you might be rolling your eyes at a seemingly a hokey cliché, I strongly believe this to be true. No group of Americans is more revered than those who wore our country’s uniform.

It might not always feel like it, but your country loves, respects and appreciates you. And so does God.

While I could never step into the boots of someone who’s watched the death of a friend, lost limbs or endured the searing pain of visible and invisible wounds, please know that someone is always there for you. The closest person willing to help might not always be standing at your side, but if you have a few minutes to look, you might be surprised by how much support you find.

This and every Veterans Day, we thank you for your service. We appreciate and cherish what you have done to preserve our freedom, regardless of the politics behind whatever war you were sent to fight. You did what your country asked of you, and you did it with bravery and brilliance.

Nothing I could ever write or say could bring back your friends or fully restore your body and mind. But wherever you go and whatever you do, please try to remember those four powerful words.

It’s not your fault.