Upside-Down Worlds: How America’s Cultural Divide is Even Worse Than You Thought 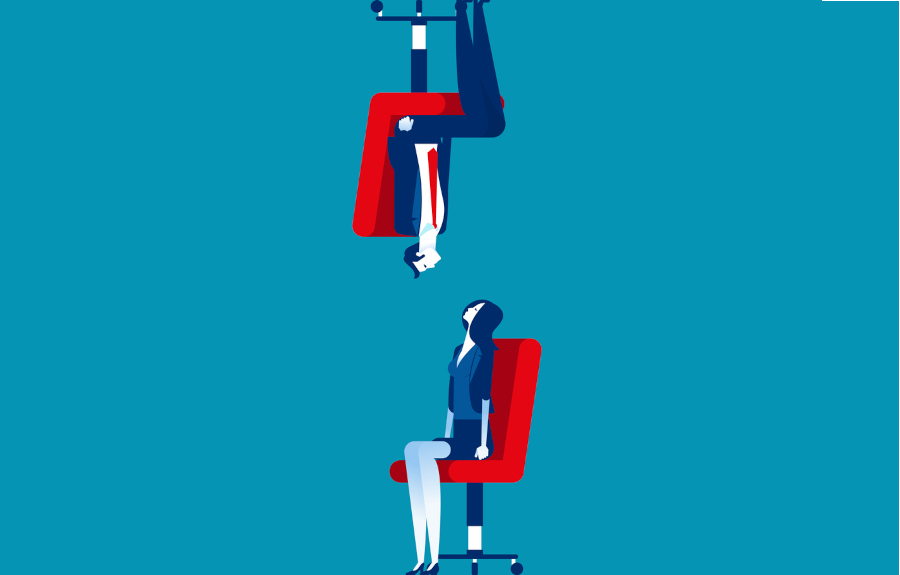 I read an interview the other day with Jim Obergefell, the plaintiff whose Obergefell v. Hodges case won gays the right to marry. It was posted at the gay website The Advocate, so I may need to explain why I read from such a source. I hope the answer is obvious, though: We need to listen to each other. We need reminding that we’re all people, no matter our differences. I keep thinking — as I have been thinking for a long time — how much better it would be if we could all treat one other as human beings.

Obergefell’s pain is real, as are his dreams. I can see that even if I believe some (not all, but some) of his dreams are wrong. Yet his words also made me wonder again how we’re ever going to pull this divided country back together. There’s something much worse than a mere difference of opinion in play here. Our worldviews are upside-down compared to each other. Some of us see reality very, very differently than others, so much that we can hardly even use the same language.

A Worldview Lesson Packed Inside a Single Sentence

Let me illustrate with the answer he gave when asked if he’d experienced any post-success letdown after his Supreme Court victory. He said essentially no, it had all been positive, except for this:

Any depression, post-decision, came about from the people who weren’t happy with that decision. Let’s say, Kim Davis, everything with the fight for religious freedom to refuse service to the LGBTQ+ community, doctors the ability to say, “No, I will not care for you because your identity, the person you are, the fact that you’re LGBTQ+ offends my vaguely defined but deeply held religious beliefs.”

There’s a lot packed in there. He thinks:

None of that is true. First (because it’s the easiest one) our beliefs aren’t the least bit vague. Homosexual practice is wrong. It’s wrong for a wide range of very specific reasons I need not go into here, since he wasn’t challenging those reasons in this statement. He only said the belief was vaguely defined. It shouldn’t take a panel of sages to parse out what that means.

Or maybe it does, because it contains a very troublesome word: wrong. Once its meaning was widely understood, but now it’s become a word known only to some, for it fits one worldview but not another.

Christianity inhabits and expresses a reality in which certain things are right, and certain other things are wrong. Rightness and wrongness aren’t matters of mere opinion, but reflect the nature of the God who created us. Right is therefore really right, and wrong is really wrong.

This is not to say the world is black and white, that everything is either pure good or complete evil, or that the difference is always obvious. We have to use our judgment for difficult cases or in-between situations. But our goal in using that judgment is to move, as best we can, away from that which is really wrong, and toward that which is really right.

Obergefell’s statement here is blind to that. When we say homosexual practice is wrong, his worldview appears unable to process that. Apparently he thinks we really mean his homosexual identity offends us. He’s bound to think that, in a way; that or else something like it. He’s living out of decades of a secularist relativist worldview that denies the reality of right and wrong, and makes them matters of mere private or social opinion instead.

In this worldview, words like “really wrong” refer to nothing at all, since nothing can really be wrong. So when people speak these words, it can’t be because they mean something but because they can do something. Specifically, people use the language of right and wrong as power tools to control others whose identity offends them.

Unfortunately that’s wrong — factually wrong this time, not morally wrong. Homosexuality actually doesn’t offend me, and neither do gays, lesbians, or trans persons. To “offend me” means to put forth some kind of attack or affront to my dignity. I can’t think of a single instance where a person’s sexual preference or sexual identity has had that effect on me.

It’s as if he lives in a dimension flipped upside-down from the one I inhabit, and the words I use here have no meaning there. Paisley is something you taste, bagpipes are something you drink after dinner, and “you’re wrong” actually means “I’m offended.”

It doesn’t offend me, but it does bother me, in the same way anything else that’s wrong bothers me. I see it as harmful to the person, to families, to the community. It’s a fist raised in defiance of the God Who is the very definition of goodness. It represents the pain of a person who cannot find satisfaction in relationships as God designed them to be. And it represents the loss that always follows upon sin, of which there are many grievous varieties, not just homosexuality.

Obergefell may see that as not caring for him, but honestly, I’m about seeking the good for all. That’s the true good, though, not any false one. There’s another pair of hard words, though: the “true good.” It’s got the same problem attached to it as “right” and “wrong.”

What is This “Deeply Held Religious Belief”?

This is the world as I understand it. I suppose one could call it my “deeply held religious belief,” but I suspect Obergefell misses the real meaning of that as well. Secularists typically use that phrasing to mean something like a quirky, private, unfounded, bothersome opinion some people hold about how everyone else should live.

There’s nothing quirky about Christian morality, though. It’s the base upon which European civilization and its descendants developed and became strong. It’s not unfounded, either. I’m thoroughly persuaded that it rests on a strong base of solid evidence. If Obergefell thinks I’m wrong on that, I’d rather he call my beliefs “wrong,” instead of this dehumanizing, dismissive bit about “deeply held religious beliefs.”

That part actually is an affront to my human dignity, by the way. The same goes for LGBT people labeling me a bigot or a hater. I’ve long since quit worrying about all that, though. I’m more concerned about the fact that it isn’t true but gets used anyway as a rhetorical trick to manipulate people into thinking LGBT rights need expanding.

“Wrong” is a Problem, Yet We Have to Keep Trying

But this is all very, very difficult. I don’t know how to explain what’s wrong about all this without using the word “wrong,” which means something different to Obergefell and other secular relativists than it does to me.

It’s as if he lives in a dimension flipped upside-down from the one I inhabit, and the words I use here have no meaning there. Paisley is something you taste, bagpipes are something you drink after dinner, and “you’re wrong” actually means “I’m offended.” And my world is upside-down to his. So our problem isn’t just translation, it’s transportation, from one world to another very different one.

If you thought I was leading toward simple recommendations here, think again. We will not solve this quickly. We will never solve it apart from the powerful, gracious work of God. In the meantime, though, no matter how foreign it may seem to our co-inhabitants of this divided world, we must remain committed to the truth.

Right is really right. Wrong is really wrong. If it’s hard to explain, we have to keep trying anyway. We need to keep listening, too.