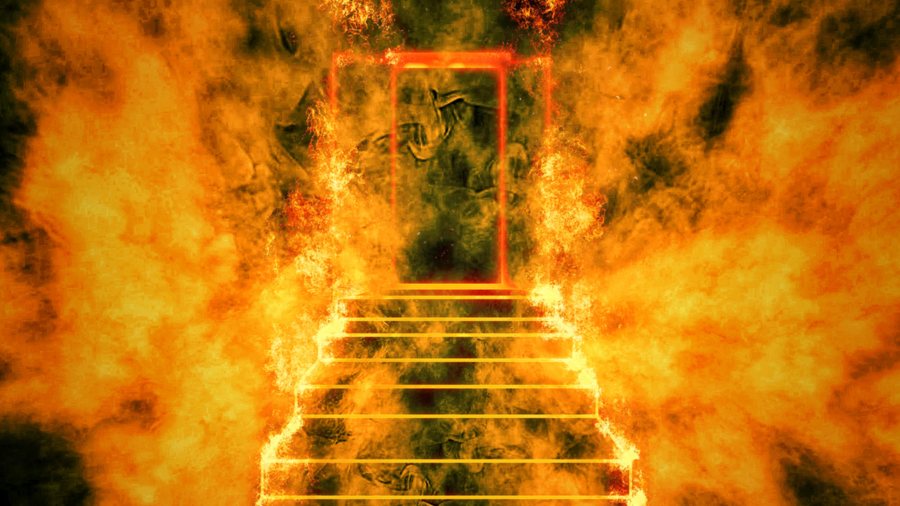 A brief yet powerful scene in the Book of Revelation features those who died for their faith. Amid a multitude of heavenly worshippers they shout from under an altar, “How long, Sovereign Lord, holy and true, until you judge the inhabitants of the earth and avenge our blood?” (Revelation 6:10, New International Version)

Their question rebukes those who embrace one of the most intellectually fashionable ideas in modern Christian theology.

That idea is universalism, the concept that everyone will be saved, regardless of belief or even deeds. Though theologians have discussed it since the second century, universalism gained major momentum in the 20th century, and advanced even more now.

There are some in the Catholic Church today who promote a version of it through the theology of Hans Urs von Balthasar. He suggests that Hell might well be empty, and Christians must hope for that. Bishop Robert Barron popularizes the idea through his media ministry, Word on Fire. Pope Francis invokes it as the foundation for his version of mercy, as The Stream’s John Zmirak recently detailed.

Before von Balthasar addressed the subject, universalism gained its biggest traction in liberal Protestant seminaries. From there, it seeped into mainline churches. Even evangelicals embrace it. Perhaps the most notable is Rob Bell. His 2011 book Love Wins was so controversial that Bell’s previous publisher, Zondervan, refused to print it.

Universalism establishes a moral equivalence between the perpetrators of evil and its victims.

Universalism might be trendy but it’s also treacherous. It ignores evil, dismisses the suffering of the innocent and denies their legitimate claims for justice. Ultimately, it makes Jesus Christ’s atoning redemption absurd, and mocks God’s righteousness.

So how would universalism actually work? Consider the cases of three of history’s most notorious former Catholics.

Adolf Hitler, Joseph Goebbels, and Heinrich Himmler were raised in the faith yet rejected it long before they joined the Nazis and rose to power in Germany. Hitler advanced a totalitarian ideology that combined racism, anti-Semitism, and eugenics. Goebbels, as propaganda minister, promoted it. Himmler, as head of the SS, enforced it and oversaw the systematic extermination of Jews.

Not only did the three reject Christianity. They actively promoted a brutal Germanic paganism as a substitute. Himmler, a devout Catholic in his youth, became especially intrigued by occult mythology.

As World War II ended, all three committed suicide to avoid capture. None of them repented beforehand.

If universalism is true, then God would ignore the evil Hitler, Goebbels, and Himmler perpetrated — an evil that cost millions their lives — to admit them into his eternal presence. God then would do the same for Joseph Stalin, Mao Zedong, Charles Manson, John Wayne Gacy, or anyone else who gloried in evil, destroyed the innocent, and refused to repent.

Universalism thus turns the afterlife into a pseudo-Christian Nirvana. In doing so, it establishes a moral equivalence between the perpetrators of evil and its victims. The pain of the innocent ultimately means nothing to universalists. They essentially mock God’s righteousness for the sake of cheap mercy.

But God will not be mocked. Nor will he treat sin as a fantasy. Throughout the Old Testament, prophets proclaim the dire consequences of disregarding God’s righteous demands. The Old Testament even details a complex system of bloody sacrifices to unlock forgiveness and to emphasize the deadly consequences of sin, especially for its innocent victims.

That sacrificial system served as the precursor to Jesus’ ultimate role: the perfect sacrifice that God accepts for human sin throughout time. On numerous occasions, Jesus proclaimed himself to be the only acceptable intermediary between God and the human race.

That sacrifice meant Jesus had to die a bloody, excruciating death. Only that kind of death would satisfy the requirements of a divinely ordained system, since forgiveness would be impossible without the shedding of blood.

Not only sin had to be remedied. So did sin’s ultimate consequence, death. If Jesus’ death removed sin as a barrier, his resurrection made an eternity in God’s presence possible.

However, if universalism is true and Hell is empty, then the following also would have to be true:

If universalism is true and Hell is empty, moral chaos not only is the order of the day. It becomes more powerful than a supposedly all-powerful God.

If anything is true about universalism, two things are. First, it demonstrates humanity’s tendency to redefine God according to our own flawed understanding. Second, universalism reflects humanity’s reluctance — if not outright refusal — to take Christian theology seriously on its own terms.

Universalism isn’t just a theological mistake, it’s also a symptom of deeper problems. In a culture characterized by moralistic therapeutic deism, universalism fits the age we inhabit. As I argue in the book, universalism is the opiate of the theologians. It’s the way we would want the world to be. Some imagine that a more loving and less judgmental church would be better positioned to win new adherents. Yet perfect love appeared in history — and he was crucified.