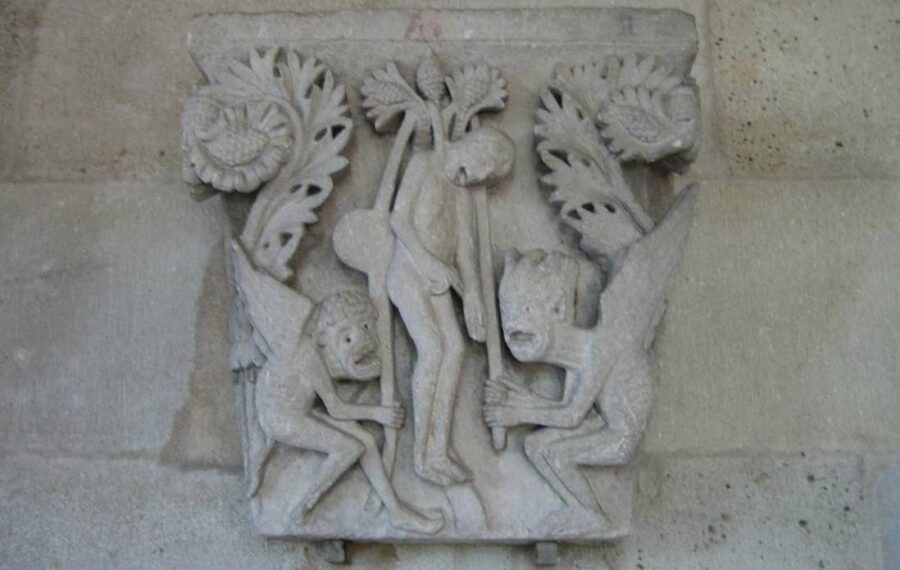 I remember an earnest young Dane who loved to quote Kierkegaard and seemed to fancy himself his heir. Jacob Holdt gave us a presentation at Yale called “American Pictures.” It was a two-hour slide show, which he narrated, about his travels among very poor rural black people in the U.S. in the 70s. In a moving presentation, he spoke about them (accurately) as “marginalized.” He contrasted their state with “filthy rich” white people who’d naïvely welcomed him into their homes to take his pictures there.

The last fourth of the show was all about … street-walking black drag queens in San Francisco. These people, Holdt explained, made up the most marginalized, most disadvantaged community in America. These prostitutes and transvestites deserved our political advocacy as Christians. They were even, he implied, Christ-figures; like Him, they were “despised and rejected of men.” Never mind about the reasons why — the wretchedness and the rejection were all that mattered.

“American Pictures,” Holdt’s website reports, has been shown more than 6,500 times at universities around the world. He has toured with it for some 43 years, spreading the gospel of Wokeness like a warped modern St. Paul.

When Faith Goes to War with Reason

This is Part Three of my analysis of why Pope Francis wants to rehabilitate Judas. (See Part I and Part II, where I show why it appears this is the pope’s intention.)

Throughout the Church’s history some believers have sincerely — at least at first — developed distorted forms of faith, of the sort which Pope Francis conjures. Gifted and earnest Christians have come up with tortured readings of the Faith and gross exaggerations of Jesus’ teachings, unbalanced by reason or the truths already established in the Old Testament.

I call such errors “Gnostic” because they dishonor Creation, the Natural Law, God’s ancient teachings to His people (the Jews), and our God-given human reason. A few that have occurred and recurred throughout history include:

Reading the Gospels Just for their Shock Value

What unites these seemingly disparate heresies? It’s unsettling but simple. In each case, the false teaching looks at what’s unique, surprising, even shocking about Jesus’ words and deeds, then decides that these distinctive elements are the only ones that matter.

We are not to see them in context of what the Father revealed to the Jews, what we learn from the Book of Nature via reason, or what the Church has taught for centuries. No, we must look to our Bibles, trust our hearts, and negate every other consideration. We can take a perverse pride (as most heretics do) in outraging the plain necessities of preserving the human race from slavery, famine, even extinction. To care about such things is “worldly,” you see.

By focusing only on wretchedness and suffering, out of all context, you can transform Christian love into political resentment. By fixating on the sinful pasts of Jesus’ disciples, instead of their blessed futures, you can fall in love with the gutter.

Hence one person can read “Turn the other cheek” as demanding national pacifism in the face of the Mongols or the Nazis. Another can take from “eunuchs for the Kingdom of Heaven” the need for universal celibacy, our progeny be damned. Pope Francis takes from Jesus’ special love for poor people the political gospel that “the poor” and “the marginalized” are somehow the Chosen People. They are the “real” People of God who must spread across the world by mass immigration.

At the same time we must intentionally impoverish wealthy nations in the name of equality and ecology, until universal “austerity” reigns. With the middle class gone, the world will be made up of billions of poor, pliant subjects ruled by tiny groups of “benevolent” elites. Folks like Francis and his pals at the World Economic Forum and the Chinese Communist Party.

Collapsing the Christian Paradox into a Caricature

Christ taught and embodied certain paradoxes, where we’re meant to keep contrasting values in tension. Ask yourself, as we all must:

Gnostics might well say yes to any or all of those questions.

They collapse the Christian paradox and toss out the hearty, life-affirming examples of holy Old Testament patriarchs. They favor only what seems strange, other-worldly, and counter-intuitive in the Gospel. That’s the “real” Christianity, distilled to chemical purity. Whatever Jesus may have claimed, He came not to fulfill the Law, but to abolish it. Even turn it on its head.

Making All of Life a Celebration of Wretchedness

Sorry. This is heady stuff for the Internet. But we really did need to work through it to understand the perverse, and I’d say perverted impulse to canonize someone like Judas. Let’s return to that earnest Dane who saw the indignities suffered by flamboyant cross-dressing prostitutes as akin to the Passion of Christ. By focusing only on wretchedness and suffering, out of all context, you can transform Christian love into political resentment. By fixating on the sinful pasts of Jesus’ disciples, instead of their blessed futures, you can fall in love with the gutter, and prefer the worst sinners to saints. You can embrace “marginalized” sexual minorities while despising, even persecuting the Church.

Which brings us (at last!) back to Judas. The most famous writer in Pope Francis’ native Argentina is Jorge Luis Borges. Francis acclaims him as one of his favorite authors, and his taste here is spot-on. Borges wrote short, deeply ironic, intellectually challenging stories — often cast as parodies of scholarly journal articles. He was Argentina’s answer to our own Philip K. Dick.

I think I know precisely where Francis got the idea for rehabilitating, even canonizing Judas. It appeared in a satirical story by Borges, “Three Versions of Judas.” (Go read it here — it’s short and worth your time.) In the story, a desperately earnest Swede (not a Dane) named Nils Runeberg embraces Kiekegaard’s fierce rejection of reason. He also falls into the Gnostic trap, seeing Jesus’ suffering and degradation during the Passion as the essence of His mission. Those factors, not Jesus’ divinity nor His obedience to the Father, were what made Christ our Savior.

But was Jesus really the most wretched, tortured soul ever to walk the earth? Runeberg thought of one whose torments exceeded Jesus’. Namely, Judas. He suffered anguish, faced rejection, took on himself the worst sin imaginable — betrayal of God Himself. He died in agony, and saw his body cast aside.

What’s more, Jesus had only sacrificed His life, then risen from the grave triumphantly to reign in Heaven. Judas, by contrast, had willingly sacrificed his very soul — knowingly consigned himself to Hell for all eternity, the better to save mankind.

So who was mankind’s real savior? Runeberg concluded that it was … Judas, who suffered not just for three hours but for all eternity for his sins, and for our own. 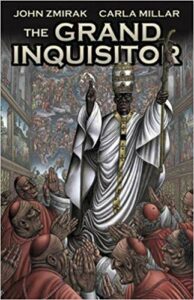 Having read a lot of Borges, I’m confident that he meant this story as a satire, a mockery of the Gnostic impulse that recurs among a certain kind of Christian. Pope Francis, I think, read the story in school and saw in it a glimmer of the future Church of Woke, which fetishizes suffering and despises the world God made. And he saw that it was good.

For my part, I read the very same Borges story, and wrote a graphic novel imagining a Vatican leader who decided that he, rather than Judas, could do a better job saving souls than Jesus had. How? By using Church authority to muddle the moral law, so that all would sin out of ignorance instead of malice. Thus he could “force” God to save them. He embraced his role as Antichrist, confident that his own sufferings in Hell would move the Father to enshrine him, instead of Jesus, at His right hand as Savior of man.