Two Words That Give Me Hope for America

God has a way of showing up when things look dire and hopeless. 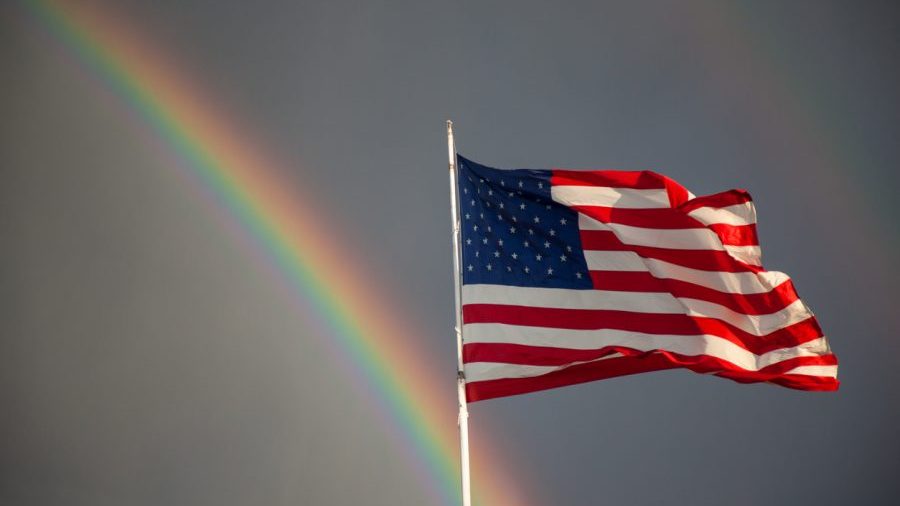 If you want bad news about America, I can give it to you in abundance. If you want to make a case for why it’s too late for national reformation, I can make quite the case. Yet there are two words that give me hope, and I want to share that hope with you.

But first the bad news: America is really sick — as in really, really sick. That’s why some conservative preachers and pundits believe we have passed the point of no return.

After all, the blood of more than 55 million aborted babies is crying out from the ground. How long before God avenges it?

The Supreme Court has redefined marriage, we have celebrated a man as woman of the year, and the younger generation seems completely affirming of these activist goals. When has a nation ever gone this far and turned back?

If anything, we’re becoming less spiritually-minded, not more spiritually-minded. Rather than revering the Bible, we’re scorning it. On what basis can we even hope for another awakening? It sure looks like our best days are behind us.

But you’re not reading this article to get more bad news, you’re reading it to get hope. And there’s a reason I am full of hope and expectation (without for a second minimizing how critically ill we are as a nation).

After speaking at a church this past Sunday, a man came up to me and said, “You’re the greatest optimist I’ve ever met!” Another man said, “I’m so sick and tired of the negativity. You were a breath of fresh air.”

But this is not because I’m a starry-eyed dreamer. It’s because of two words that change everything for me.

Those two words are “but God.” Yes, things look dire and hopeless, but God!

Those two words were on the lips of Joseph in the Bible, after he had been sold into slavery by his brothers. Years later he said to them, “You intended to harm me, but God intended it all for good. He brought me to this position so I could save the lives of many people.” (Gen. 50:20, NLT)

Those two words were on the pen of Paul, as he described our lost estate before we came to faith:

And you were dead in the trespasses and sins … and were by nature children of wrath, like the rest of mankind. But God … made us alive together with Christ … and raised us up with him and seated us with him in the heavenly places in Christ Jesus, so that in the coming ages he might show the immeasurable riches of his grace in kindness toward us in Christ Jesus.” (Eph. 2:1,3-7)

That’s why hope still burns bright within me for our nation, as sickly and hurting and divided as we are. But God!

We have sinned and deserve judgment — but God.

We have fallen beyond the point of recovery — but God.

We have lost our way and there’s no turning back — but God.

This is the same God who has put it into the hearts of millions of believers to pray for another Great Awakening.

This is the same God who stirred me to write Saving a Sick America: A Prescription for Moral and Cultural Reformation. I heard His whisper in my ear saying, “Write a book on the fall and rise of America” — not the rise and fall of America. But God!

Describing the spiritual state of the colonies in the 1720’s, Rev. Samuel Blair wrote, “Religion lay as it were dying, and ready to expire its last breath of life in this part of the visible church.” But God! Who knew that the First Great Awakening was right around the corner?

It is reported that in the early 1800’s, Supreme Court Chief Justice John Marshall wrote to Bishop Madison of Virginia, saying, “The church is too far gone ever to be redeemed.” But God! Who knew that the Second Great Awakening was about to ignite?

Where is it written that we will not have yet another, nation-sweeping awakening? Please give me the chapter and verse that says it will not and cannot happen. Six months later, in December 1971, I was one of many tens of thousands of hippies coming to faith. I turned from heroin, rebellion and decadence to passionate love for the Lord. My story is literally from LSD to PhD. But God!

Join me in sparking a revolution of hope in our nation by sharing this article and praying, “Lord, put a fresh hope in my heart too!”

It’s not too late for America!