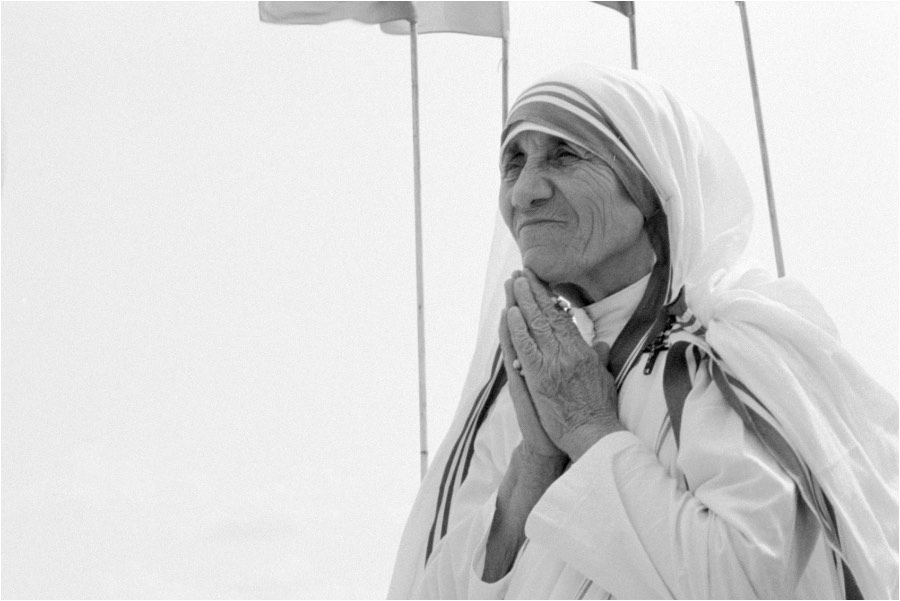 Imagine your reaction if I told you 20 years ago that a major internet platform would block a Mother Teresa comment about abortion because it was “hateful.” Or that a presidential candidate “married” to his same-sex partner would call the vice president bigoted and hypocritical because he believed that marriage was the union of a man and a woman. Or that a popular fast-food chain would be boycotted because it gave money to Christian ministries that followed the teaching of the Bible.

It seems unbelievable, but that’s where we find ourselves today — and these are just a few out of hundreds of possible examples that could be cited (if not more).

In the case of Mother Teresa, Senator Ted Cruz was questioning executives from Twitter and Facebook about their business practices, which seem to discriminate against conservatives (especially if they are Christian conservatives).

The comment in question was tweeted out by a pro-life organization, and the tweet consisted of Mother Teresa’s words and her picture: “Abortion is profoundly anti-women. Three quarters of its victims are women: Half the babies and all the mothers.”

That was it. Nothing hateful and nothing bigoted. Rather, the statement was grounded in love, even calling mothers who abort their babies “victims” rather than criminals.

But it was too offensive for Twitter and was subsequently blocked for violating company guidelines, only to be eventually restored.

At the Senate hearing, after putting the graphic of the tweet on a screen, Cruz said, “It’s not just political, it’s also ideological. There have been multiple instances of, in particular pro-life groups, being disfavored. For example, here is a tweet that says that ‘abortion is profoundly anti-women’ and it’s a quote from Mother Teresa and this tweet was blocked. Now it’s fairly remarkable that Mother Teresa is now deemed hate speech. Do either of you agree with the proposition that Mother Teresa is issuing hate speech?”

Yet the question was so simple. Either admit your extreme bias or say, “Of course not! That should never have been blocked.”

And remember: These are highly-trained, carefully-selected representatives of some of the richest companies on the planet. Yet they could not answer the senator’s simple question. How telling!

When the Twitter rep finally spoke, all he did was obfuscate, even claiming that they have acted just as frequently against tweets on the other side of the abortion issue. To that claim I say, “Prove it!”

If you have the evidence, show us. If not, admit the bias.

Already in 2017 it was documented that “for years, Twitter has blocked the accounts of Live Action and Lila Rose from purchasing ads to reach the public. Blocked ads include information on Planned Parenthood’s lack of health services for women, a map directing women to comprehensive health care clinics around the nation, and a quote by Thomas Jefferson.”

Where has Twitter done the same to pro-abortion activists? Pray, do show and tell.

The Twitter rep testifying before Senator Cruz even had the audacity to claim that there is a context for every tweet, as if there was some possible justification for blocking Mother Teresa’s words. There was not. As Cruz rightly pointed out, the context of the tweet was the tweet. That was it. What you saw was what you got. And what you got was a truthful statement that upsets and offends the pro-abortion zealots.

It is widely known that the social media giants and even Amazon have relied on radically leftist groups like the SPLC (which I and others consider the most dangerous hate group in America), GLAAD (originally the Gay and Lesbian Against Defamation but better termed Gay and Lesbian Against Disagreement), and the HRC (the Human Rights Campaign — meaning, only some humans).

Those influences, coupled with the radically-leftist leanings of the many of these companies’ executives make for a highly toxic, even dangerous political and ideological climate.

Because of that, we need to keep on speaking up and speaking out, doubling and tripling our efforts to get our message out, without hesitation or trepidation.

Either that, or we crawl into a self-imposed closet of fear and shame.