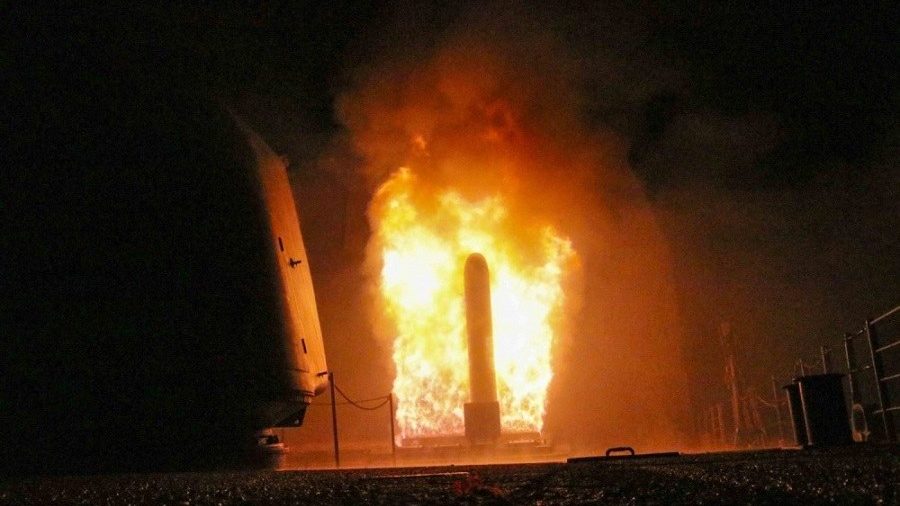 We know you’d rather not read about this. We’d rather not have to write it. We’d like to think that the raid that killed the chief thug of ISIS, al Baghdadi, solved the problem. When President Trump goes on the campaign trail, he’ll say that he “ended ISIS,” as promised. And we’d all like that to be true. For many reasons.

First, because ISIS is the worst and most vicious jihadist group on earth. (The competition there is fierce.) Its lone-wolf affiliates have targeted America. In the Middle East, it ran rape camps, burned people alive, and beheaded Christians for being Christians.

Second, because we’d prefer that the president scored a win, to help his reelection. The Democrats threaten basic American freedoms, including religious freedom. They reject the sanctity of life. And they promise to flood our country with millions of newly minted Democrats imported from foreign countries directly onto U.S. welfare programs.

Third, we’d like to stop thinking about this complicated, bloody, intractably nasty part of the world. We have our own problems to solve. Like Baltimore and our southern border. The U.S. has spent decades of time, thousands of lives, and trillions of dollars herding hornets in the Middle East. And all we’ve gotten is stung.

The Sins of Obama Visited on Trump

So we’d like to declare victory and go home. But the world doesn’t work like that. You know how we inherited original sin from Adam and Eve? Well, our nation transmits its sins from one administration to the next. We don’t get a “free pass” and a fresh start just because we elect a better president. Inaugurations aren’t like baptism.

The Obama administration committed to overthrowing the Syrian government at almost any cost short of invasion. The neocons running the GOP at the time called this reckless meddling “appeasement.” They wanted the U.S. to shoot down Russian planes if necessary to install al Qaeda — that’s right, al Qaeda — in Damascus. There it could have (and would have) ethnically cleansed a million Christians. John McCain lied to America and the world when he certified al Qaeda linked militias as “moderate rebels.” He and the rest of the Neocomintern were willing to risk a second Iraq-style war and occupation, this time in Syria.

The Only Pro-Western Force in the Region

So the U.S. spent the better part of a decade sending weapons to radical jihadists who wanted to murder or drive out all Christians from Syria. The less insane members of the Obama administration, influenced by good men in the Pentagon, directed some of the aid away from al Qaeda — that’s right, al Qaeda — to Kurdish militias.

The Turks have violated the cease-fire agreement they signed with the U.S. Their al Qaeda-linked militias are running rampant. The Russian and Syrian government forces won’t or can’t control them.

They had old links to Marxism, and groups that fought Turkish oppression using terrorism. (Nobody has clean hands in this region, not even Christian bishops, who collaborate with dictators in return for protection.) But they weren’t jihadists committed to religious and ethnic cleansing. They reached out to Christian and Arab groups, and formed a coalition. In the part of Syria they took over and saved from ISIS and al Qaeda, they built democratic institutions and ensured religious freedom. Their military wing, the Syrian Democratic Forces (SDF), lost 11,000 dead fighting ISIS on our behalf, while we flew air missions and gave advice. In return, we promised to stop the Turks from unleashing al Qaeda on them and using NATO jets to bomb their villages.

The Chaotic US ‘Pullout’

We knew this couldn’t last forever. Leaving U.S. Special Forces in place as a hair trigger for potential war with Turkey, a frenemy at best but still a NATO member, wasn’t a long-term plan. And in fact, we didn’t have one. President Trump shocked the world and outraged many of his supporters by suddenly pulling U.S. troops out of Northeast Syria. That gave the green light for a vicious Turkish and jihadi attack. It forced the SDF to make a deal with the nasty, but not Islamist, government in Damascus, and their Russian allies. We hoped that this might prevent Turkish bombings of Christian villages and jihadist ethnic cleansing.

Turkey Tears Up the Ceasefire

Here’s the news: It hasn’t. The Turks have violated the cease-fire agreement they signed with the U.S. Their al Qaeda-linked militias are running rampant. The Russian and Syrian government forces won’t or can’t control them. Lauren Homer, of the Law and Liberty Trust, is sounding the alarm.

150,000 Christians in Northeast Syria face extinction or exile at this very moment due to savage attacks by Turkey’s President Erdogan. Christians have already fled from areas along the Turkey-Syria border, along with their Kurdish and Arab neighbors — 400,000 total refugees. Over 500 civilians are dead. Many suffered horrific war crimes at the hands of Turkey’s jihadi army. Turkey is ignoring cease-fire promises it made to both the US and to Russia.

At this hour, the historic Assyrian Christian town of Tel Tamer is surrounded by Turkey’s jihadi forces with heavy weapons. Turkey is heavily bombing nearby villages, terrifying residents, and may soon bomb Tel Tamer. Christians in Tel Tamer are appealing to their brothers and sisters outside Syria to stop the attacks before they all die.

Sanctions President Trump imposed immediately after the Turkish invasion are suspended. This despite abundant evidence of violations of the promised cease fire. The US House of Representatives passed HR 4695 imposing strict sanctions on Turkey by an overwhelming, bipartisan margin on October 29. But the legislation is stalled in the Senate. Reportedly Majority Leader Mitch McConnell will not bring it to the floor.

PLEASE: CALL THE WHITE HOUSE, YOUR SENATORS, YOUR CONGRESSMEN AND DEMAND IMPOSITION OF STRONG SANCTIONS AGAINST TURKEY AND A US-MONITORED NO FLY ZONE.

Kurdish groups offer evidence that Turkey is committing war crimes, using chemical weapons (phosphorus bombs) against civilians. The U. is investigating this claim. The Stream will be publishing an exclusive report on it soon.

Meanwhile, the jihadist groups Turkey unleashed on Syria are creating chaos across the country. It turned out that these “moderate rebels” were sheltering ISIS leader al Baghdadi, for instance, in the city they controlled, Idlib.

This chaos undermines President Trump’s plan to keep U.S. forces in place to guard Syria’s oil from capture by terrorist groups. It also threatens to unleash ISIS again, perhaps stronger than ever. So says Johannes de Jong, who has reported on Syria for The Stream for the past three years.

ISIS Could Return, Stronger Than Ever

De Jong warns that Turkish militias threaten to dismantle the whole region of Northeast Syria, including its democratic, Kurdish-led government. That would be a disaster for Trump’s current policy. It would mean the end of the only U.S. ally on the ground, the SDF.

No SDF means that it will not be possible for the U.S. to stay in Eastern Syria and keep the oil. Without the SDF there is nobody to guard the 70,000 to 90,000 ISIS prisoners. It is a delusion that any other party can or will be able to do that. Turkish jihadists will even actively free their fellow terrorists.

If there is nobody to guard these ISIS prisoners? They will move to a chaotic Iraq where ISIS has already its new leadership and infrastructure is waiting for them. 70,000 of these ISIS supporters are in the Al Hol camp, a 12 kilometer walk from Iraq.

President Trump will see a return of the ISIS caliphate within two or three months if the SDF and North-East Syria are not protected against Turkey. They will be forced to fold completely under Assad. Or else be destroyed by Turkey. In both scenarios, ISIS will be back in a few months. Do Trump’s voters really want the ISIS caliphate back, but this time bigger and meaner? And with the Kurds gone, there will be no one around to stop them.

Except, of course, thousands of U.S. troops. That would be a hideous irony. If this president’s well-intentioned effort to extricate America from Syria backfired, and gave him his very own, George W. Bush-style “stupid war,” just in time for the election. The Iraq War gave us eight years of Obama, a packed Supreme Court, and same-sex marriage. What would a Democrat landslide caused by a Syrian war offer us and our children?

Syrian Christians aren’t the only ones threatened by this chaos.

John Zmirak is a senior editor at The Stream, and author or co-author of ten books, including The Politically Incorrect Guide to Immigration. Jason Jones is a senior contributor to The Stream. He is a film producer, author, activist and human rights worker. You can follow him @TGCWithJason.