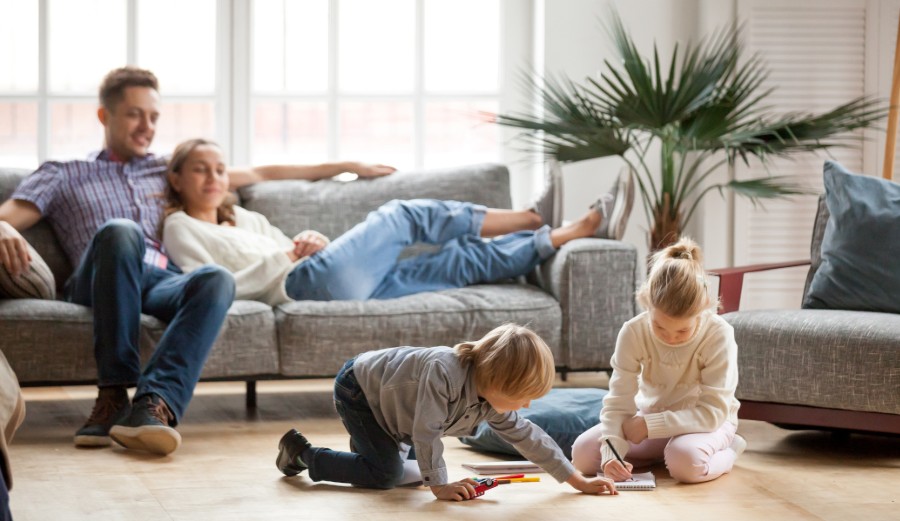 At the end of his lengthy monologue on “A Fair America” Wednesday evening, Tucker Carlson said, “If you want to put America first, you’ve got to put its families first.” He was absolutely right. As Dietrich Bonhoeffer observed more than 60 years ago, “The ultimate test of a moral society is the kind of world that it leaves to its children.”

Carlson, for his part, had a lot to say about American economic policies. But, since economics is not my field, I’ll leave it to others to comment on that aspect of his remarks.

My emphasis here is on the priority of the family. Simply stated, it is impossible for our nation to be strong if our families are weak.

If America is to be great, it must have great families, by which I mean stable families. Families with committed moms and dads. Families that nurture and support and enable the next generation.

The Attack on Family

Today, though, the family is under attack from numerous, often disparate angles, including the breakdown in marriage; the attack on traditional gender roles; children born out of wedlock; absentee fathers; poverty; pornography; and our absorption with the online, digital world. (According to a recent study, the iPhone alone “has distorted reality and disrupted daily routines for adults; for children, it is becoming a cognitive appendage”).

Clinics offer DNA testing to determine who the real father is; millions of kids do not know both of their parents; millions of others are in day care more than in their own homes; others come home from school every day to an empty house, left to fend for themselves. Talk about uncertainty! And when the family unravels, society comes apart at the seams.

Thomas Jefferson said it well: “Any woodsman can tell you that in a broken and sundered nest, one can hardly expect to find more than a precious few whole eggs. So it is with the family.”

Or, as expressed by Patrick Henry, “For good or for ill, the estate of the family will most assuredly predetermine the estate of all of the rest of the culture.”

No wonder that the Marxist pioneer Leon Trotsky said, “To alter the position of woman at the root is possible only if all the conditions of social, family, and domestic existence are altered.”

And no wonder that radical feminists so hated and opposed the traditional family unit. To quote just two, Linda Gordon said, “The nuclear family must be destroyed… Whatever its ultimate meaning, the break-up of families now is an objectively revolutionary process.” In the words of Andrea Dworkin, “Marriage as an institution developed from rape as a practice.”

Marriage is evil. The family is bad. Both must be opposed. So said (and say) the radical feminists.

A Problem We Can Work On

The bad news is that, on the whole, families in America are probably in the worst shape they’ve been in our history.

The good news is that this is something everyone of us can address. It is time to help facilitate change, one family at a time, beginning with our own.

We’re not talking about eliminating the national debt. Or putting an end to political strife. Or overturning Roe v. Wade. Or pushing back against LGBT activism. Or bringing peace to the Middle East. Or overhauling the educational system. Or winning the war on poverty. Or decreasing national substance abuse. Or working out our differences with China. (Just to list a few of our national, or international, challenges.)

There is great instability in store for our nation because of the instability of our families. But rather than get overwhelmed with despair, let’s do something about it.

We’re talking about taking our roles as mothers and fathers more seriously (thank God for the millions of parents who have been doing so for years).

We’re talking about seeing children as a deeply desired heritage rather than an unwanted intrusion.

Focusing on the Family

We’re talking about developing a multi-generation mentality. About putting quality time ahead of the accumulation of goods. About children learning to honor their parents and parents learning to conduct themselves honorably. About husbands loving their wives the way Christ loved the Church. About wives respecting their husbands as if doing so to the Lord. About siblings recognizing that the first neighbor they need to love as themselves is right down the hallway.

The bottom line is that, looking ahead, there is great instability in store for our nation because of the instability of our families. But rather than get overwhelmed with despair, let’s do something about it. Let’s put our families first, one at a time.

That’s something all of us can — and must — do. Perhaps this is something to add to your New Year’s resolutions?