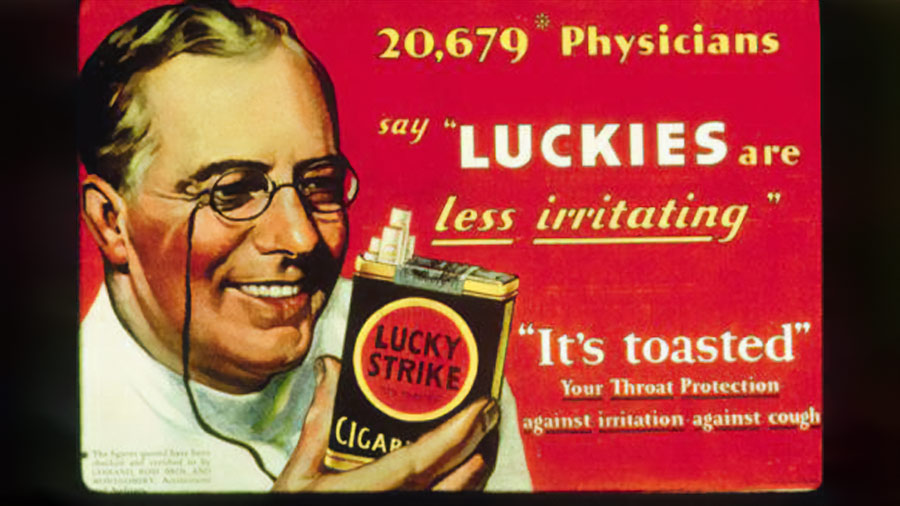 By reasonable pause, I mean a healthy skepticism. Not an absolute or dogmatic or radical skepticism, but just taking some time for some caution for when science and medicine are promoted seemingly as gospel truth (and to doubt is considered sin).

Why do I say this? Here are my reasons — reasons from history.

A few hundred years ago in science, it was once considered “settled” that the earth was the center of our solar system. But now, thanks to Copernicus and Galileo and many other scientists, we realize this is not true (i.e., the sun is the center).

Not long ago, smoking cigarettes was considered fine — I remember advertisements featuring doctors promoting cigarettes. But now we realize that smoking has close causal connections with cancer.

Not long ago, too, the drug thalidomide was considered good and safe medicine for helping pregnant women deal with morning sickness. But now we realize that thalidomide caused deformities in thousands of children.

As history shows, the fact is that the self-correction process takes time.

More recently, surgical “transitions” from female to male (and vice versa) were considered by many doctors to be safe and healthy. But now there is growing evidence this isn’t true. (See Abigail Shrier’s book Irreversible Damage: The Transgender Craze Seducing Our Daughters.)

Also, abortion has been (and still is, sadly) considered “essential health care.” But now there is growing evidence that this isn’t true. (See my article, “Abortion is Essential Health Care — And Other Falsehoods,” which appeared last year in The Stream.)

What Else are Doctors Lying About?

Moreover, in very recent history, medical groups such as Canada’s College of Physicians and Surgeons of Ontario (CPSO) have undermined public trust regarding MAiD (“medical assistance in dying,” a euphemism for doctors killing patients).

Doctors in Ontario who are now practicing MAiD are falsely reporting cause of death on death certificates. Indeed, blatant lying is promoted — required — by the CPSO.

A reasonable question to ask is this: What else are doctors lying about?

Consider the origins of the Coronavirus. At first we were told by medical authorities that it originated in a wet market in Wuhan (and Facebook disallowed views to the contrary). But now it looks like it may have been a human made virus that leaked out of a Wuhan lab (a lab funded by the US National Institutes of Health).

The New York Times reports Catherine L. Troisi, PhD, a University of Texas epidemiologist, saying this: “I certainly condemned the anti-lockdown protests at the time, and I’m not condemning the [anti-racism] protests now, and I struggle with that… I have a hard time articulating why that is OK.”

The New York Times goes on to quote a letter signed by 1,300 epidemiologists and health workers: “As public health advocates, we do not condemn these gatherings [i.e., anti-racist protests] as risky for COVID-19 transmission. We support them as vital to the national public health.”

Yes, the argument can be made that science and medicine are self-correcting as more data come in and as more investigations occur. This is important and good, truly.

But, as history shows, the fact is that the self-correction process takes time. In the meantime, when it comes to contemporary claims of science and medicine, a pause for some reasonable doubt — healthy skepticism — is appropriate.

Hendrik van der Breggen, PhD, is a retired philosopher who lives in Steinbach, Manitoba, Canada. He is double vaccinated, is inclined to think vaccinations are wise (depending on, in consultations with one’s doctor, whether one has a high-risk profile for COVID or not), but when it comes to COVID vaccine mandates (i.e., one-size-fits-all mandates) he thinks some reasonable doubt — healthy skepticism — is most appropriate.