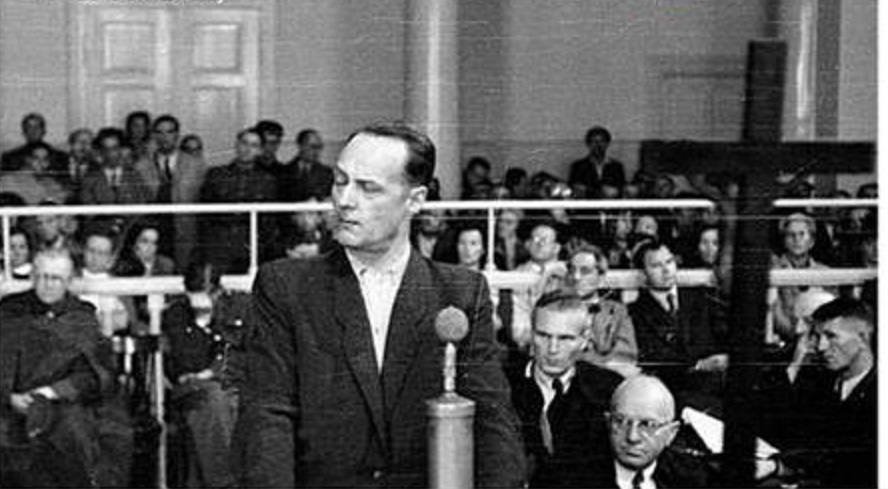 As the second impeachment trial of Donald Trump continues, Stream readers are likely puzzled. As sane people and patriots, they had certain expectations from America. Even its Democrats, even those in Congress. But the old rules no longer apply. We’re out in uncharted waters now, and it feels as if anything could happen.

There’s no Supreme Court Chief Justice in charge. Instead, the presiding “judge” is a partisan Democrat senator who has already decided that the defendant is guilty. By fair means or foul, Trump is no longer president, so he can’t be removed from office. The hope is to make him ineligible to run again for office — which would amount to a “bill of attainder,” one of the few things specifically forbidden in the words of our Constitution.

For a careful legal analysis of the utter emptiness of the case against Trump, see Charles R. Kesler here.

The charges against the president are bizarre in themselves. He’s accused of employing his free political speech to … stir up his supporters. Now admittedly, it has been so long since any GOP politician has tried this, we can see how it might have shocked people.

A few dozen of these supporters, before he’d even finished delivering the talk in question, wandered into the US Capitol past blasé cops and took some selfies. Out of this tiny percentage of Trump’s backers, still fewer forced their way through doors and gates at the Capitol — again, before Trump’s talk was even over. One of them, unarmed and non-violent US Air Force veteran Ashli Babbitt, got shot dead by cops for her trouble. The president demanded his supporters act only “peacefully.” The Democrats edited that part of his talk out of the evidence at his trial.

This, the Democrats and squish Republicans tell us, is The Worst Thing That Ever Happened in America. For the Democrats, this one-time overreaction to their massive election fraud — essentially confessed to in TIME magazine — justifies passing HR. 1, codifying similar election fraud in US elections forever. Oh yes, and deplatforming, ruining, and terrorizing half the citizens in the country. One MSNBC host suggested treating uppity Republicans like al Qaeda terrorists by targeting them with drone strikes.

So……. they are pretty much saying they have to stop incitement of violence by inciting violence themselves!

This as MSNBC’s Nicole Wallace suggests we use domestic Drone strikes on Americans as a solution to lockdown protestors! pic.twitter.com/LiyaiYthx5

To the establishment (Swamp) faction of the Republican party, this fracas in the People’s House justifies purging the Party of their rivals for institutional power, and returning the GOP to its role since 1996. That is, as the zombie PR agency that gulls middle and working class people into serving the interests of the 1%, with vague, yawning promises to control the borders and save unborn babies or something.

If by this point you’re not laughing there’s something wrong with you. (You just might be Servile, for instance.) The crackdowns on Trump supporters by the Deep State, Big Tech, and Big Business in the wake of this farcical incident justify the title I’ve given it: the Reichstag Riot. But of course, the German Reichstag really did burn, not lose a few panes of glass. So maybe that incident in the Nazi rise to power isn’t the most fruitful precedent for understanding the president’s trial this week.

Rooting Out the Trotskyites, Saboteurs, and Wreckers

For that we must look closer to home: Stalin’s purge trials from 1936-38. Power-mad dogmatists of the radical left really have captured control over two of our branches of government. Now they’re drooling over the prospect of occupying (“packing”) the Supreme Court, the third branch. They’re demonizing and threatening whole ethnic groups (i.e., “whiteness”) and traditional Christianity. They’re trying to rewrite election laws in defiance of the Constitution to enshrine their power forever.

So Stalin’s the man we need to meet. Get to know him. Watch him carefully preen his moustache, and draw up lists of names. His eyes are the ones watching over us, to keep us all safe from unhinged Christian nationalists, Trotskyite saboteurs, and counter-revolutionary wreckers in the pay of Pope Pius XII.

I didn’t make up the charges above. Stalin’s henchmen did. They had a flair for inventing elaborate, unlikely conspiracy theories (think of the 1619 Project, Q-Anon, and Russian Collusion), then charging their enemies with them. For instance, loyal Communists who’d followed orders and duly overseen mass famines, or the hunting of Christian priests, or the persecution of Tatars. The NKVD (Stalin’s FBI) would swoop in and arrest such officials. Then they’d be formally accused of having served not just one but several of Stalin’s enemies — even those who hated each other.

Public Degradation Was the Point

So Stalin’s potential rivals and their underlings would face bewildering charges that they had sabotaged tractor factories, or sold military secrets, in service of both Leon Trotsky and Adolf Hitler. Or of the British Intelligence Service, Mussolini, and the Vatican — all at once. The point was to smear them with as much guilt as possible. I do think Stalin took a perverse satisfaction in forcing confessions to blatantly ludicrous charges, and watching Red intellectuals in America scramble around defending the indefensible. (Those same Stalinists would become sticklers for legal niceties and Constitutional freedoms when the House Un-American Activities Committee asked them to testify.)

Stalin had mismanaged Russia more than even fantastical Marxist doctrine demanded. The Soviet Union barely had the proletariat which Communism called for. So Stalin resolved to create one — by forcibly industrializing the country, pillaging its peasants, and stealing most of the arable land (no matter what famines that caused). He would also deal with ethnic problems via massive ethnic cleansing.

Brutalizing, starving, dislocating, and re-educating a vast land such as Stalin ruled was bound to create many enemies. Some of them arose within the Communist Party itself. Would one of them harness the discontent to replace Stalin in power? He determined to purge first the Party, then the bureaucracy, and finally the Red Army, of any potential rivals — with a scythe that cut off whatever had grown too high.

Over a four-year period in the 1930s, Stalin dealt with domestic discontent by viciously killing … Communists. There is something darkly comic about the fact that most of the people whom Stalin killed, or sent to labor camps, really were criminals. They just weren’t guilty of the charges he’d brought against them.

Not a Knife in the Night But Trials by Day

Which brings us to their trials. Stalin had expressed admiration for Hitler’s “Night of the Long Knives,” a bloody, behind-closed-doors purge of potential Nazi rivals, anti-Nazis in the Army, and prominent Catholic conservatives. But for his vast national purges, Stalin wanted something different. He wanted his rivals hauled up in public, before newsreel cameras, and berated, insulted, abused. He insisted that they be charged with baroque, outrageous conspiracies. And most of all he demanded that they be tortured, broken, or brainwashed in advance so that they’d confess.

It’s likely that Stalin wanted this public humiliation for personal reasons. Many of the men he was destroying were clearly more intelligent, better-educated, and had played more prominent roles in the Soviet Revolution, than he. He relished the prospect of shattering them before a worldwide audience, hence terrorizing anyone else who might get ideas about knocking him from power. That seems to be the Democrats’ intent in persecuting Trump, making him a brutal example to any Republican populist who might consider opposing them again.

So the world watched Stalin’s “show trials.” The prosecutor insulted, mocked, and threatened the defendants — “cursed vermin,” whose attorneys sat quiet and docile, or even joined in the abuse. Behind the scenes, the defendants were tortured, left in unheated cells, threatened with the execution of their children, and offered false promises of mercy if they would only confess. So most of them did — and were promptly executed anyway. Read Arthur Koestler’s brilliant novel, Darkness At Noon, which explores the psychology of an “Old Bolshevik” arrested and pressured to falsely confess, “for the good of the Revolution.”

Russia got the message: Stalin was fully in charge, and only a madman would even think about challenging him. The world learned what a ruthless, disciplined instrument the Communist Party was — a fact that actually attracted a certain kind of rootless, godless, resentful intellectual.

And the Democratic party of today got the model for its show-trials of Donald Trump. Too bad for them they can’t actually torture him, imprison his kids, and haul his broken form before the cameras to confess to sedition and Russian Collusion. We haven’t gotten that far in the Revolution. Yet.