Trumplandia v. Antifistan? What If the US Breaks Up? 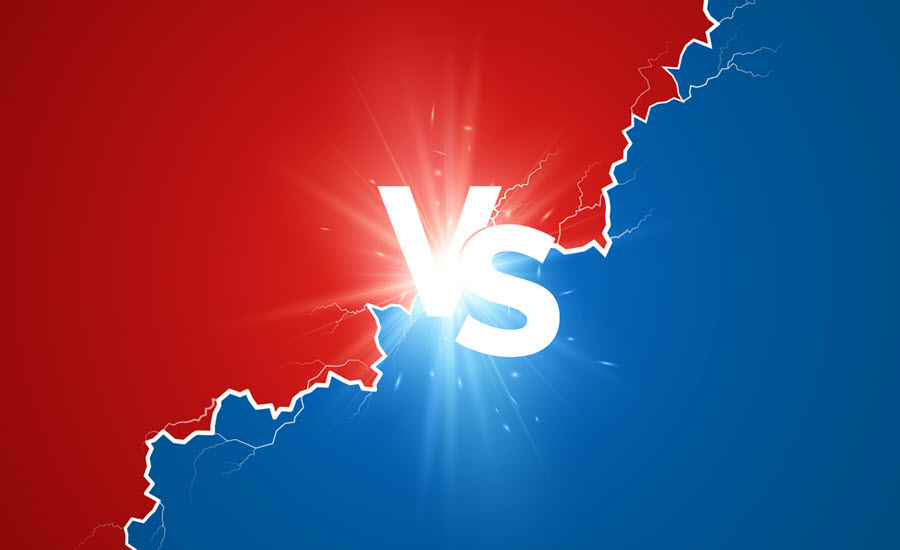 Earlier this month I wrote that monarchy might be coming to America. I suggested that the only way to safeguard our rights might be to emulate the Roman Republic — to turn into an imperial state. I also briefly touched on whether the US might also fracture politically. Today I’d like to return to that latter theme and flesh out what that might mean geopolitically.

Fears of a modern civil war are growing. A third of the electorate thinks it is likely. And the recent riots are not the only reason. Two years ago foreign policy mavens were speculating about a second war between the states. What if the US did split apart along the red and blue state lines according to the last presidential election? 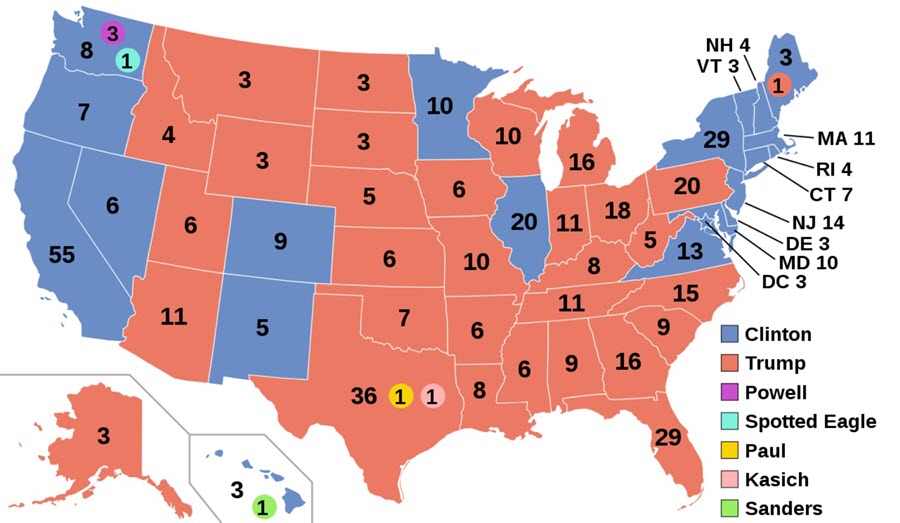 Let’s compare the 30 states Donald Trump won to the 20 that fell for Hillary Clinton. For the sake of brevity, let’s call the former “Trumplandia” and the latter “Antifistan.” Much has been made of the fact that Clinton received more votes than Trump: 65.8 million to 62.9 million. Many probably assume, then, that the “progressives” in those blue states outnumber red state Deplorables. Not so. Trumplandia holds 188 million people, Antifistan only 139 million. Of course, folks clinging to their guns and Bibles are more spread out. But overall, they substantially outnumber statue-phobes. These numbers would place the former as the 7th largest nation, and the latter 10th.

Who Would Have More Economic Power?

What about the Gross Domestic Products of the two realms? Almost exactly even. The blue has two states with massive economies, California and New York, followed by 18 with middling to small GDPs. The total amounts to $10.49 trillion. Bitter clinger land? Led by Texas and Florida, its combined GDP is $10.36 trillion. So major media scorn for the red states as mere “fly over country” with a medieval economy turns out to be yet more propaganda.

The countries with largest GDPs then would be:

How would blue v. red military power stack up? The places where, we are told, there are no real black people hold 153 military bases. This compares to 124 bases in states where black lives that are Marxist matter. I couldn’t find exact breakdowns of how many soldiers, sailors, airmen and marines are stationed at all those bases. But Trumplandia would hold 56% of the bases, and Antifistan 44%. Let’s apply those percentages to America’s total number of forces. That would mean 1.2 million men and women fighting for the red and 950,000 for the blue.

In a post-USA world, that would make the largest militaries as follows:

Plenty of Nukes — on Both Sides

Where might the no-longer United States fall on the nuclear powers scale? The current US has 3,800 nuclear warheads. These are divided among our “triad” of submarine-launched ballistic missiles (SLBMs), intercontinental ballistic missiles (ICBMs) and those in B-52 bombers. All of the ICBMs are based in red states, as are the B-52s. These total 1,880 nukes. But the state of Washington has a naval base where 10 nuclear missile subs are based. And those carry some 1,920 nukes.

So if the US split up, the world’s nuclear powers would fall like this:

Thus, in terms of population, economic vitality and military strength, rump American states would still be among the world’s top powers. But how would that power be wielded?

A World Without One America — China and Islam Win

Back in 2009, Niall Ferguson wrote on “A World Without Power.” In it he speculated on what a US loss of will on the international stage would mean. His take, should the US retreat into isolationism? “Not a multilateral utopia, but the anarchic nightmare of a new Dark Age.” He says the world might well resemble the 10th century, in which there was no dominant power. The result? “Religious revivals. Incipient anarchy.” Even “retreat into fortified cities.”

Let’s update this for 2020 and beyond. Say Trump wins again this fall, roughly along the same lines as last time. And the US separates along red-blue lines.

• China will emerge as the lone superpower, with much less opposition.
• The world system will be reshaped by China to its benefit. So human rights, rule of law and democracy will be downgraded.
• Islamic terrorism will increase, as fundamentalists and jihadists are emboldened by the removal of the Great Satan.
• Non-terrorist Islam will also advance, as the Organisation of Islamic Cooperation and its 57 members find the path to their global agenda that much easier.
• If the two rump American states are not granted UN Security Council status, then that organization will be dominated by China and Russia. This will further erode human rights, rule of law and democracy. Probably free market capitalism, as well.
• The two new American nation-states will not go to war, since both would be nuclear-armed. But they would perhaps largely cancel each other out on the international stage.

One last observation. Currently the US is 72% Christian: 49% Protestant, 23% Catholic. I cannot find a breakdown of religion by state. But there is data on how religious folks are in each state. This is based on “worship attendance, prayer frequency, belief in God and the self-described importance of religion in one’s life.” Thirteen of the top 14 states are red ones. And eight of the 10 least religious populations are in blue states. Trumplandia would be a far more Christian polity than the current US. This might prove beneficial, in that such a state would be more free to act along the lines of, say, a Hungary or a Poland. That is, it would stand up for persecuted Christians on a world stage, and perhaps even lead the formation of an Organization of Christian Cooperation to contest the will of the Islamic one. And that might be the only thing that could prevent global Chinese Communist hegemony.