Children in re-education camps. Women forced to abort their babies. Fathers sent far from home. It's not Nazi Germany, it's present-day communist China — and now the U.S. is taking action.

It marks the first time any government worldwide has stood up to China on their years-long mistreatment of the Uyghur (pronounced “wee-gurr”) people, an ethnic minority group that is predominantly Muslim.

“This is a very strong statement to the totalitarians in Beijing,” said Reggie Littlejohn, an attorney and founder of Women’s Rights Without Frontiers.

“It’s saying the U.S. is willing to challenge them on their human rights abuses,” she continued. “These are not just crimes against the Uyghurs on Chinese soil. They’re crimes against humanity.”

Evidence of China’s concentration camps for Uyghurs first came to light in 2017. At least 1,800,000 people are confirmed to have been imprisoned.

For years, a bipartisan group led by Senators Marco Rubio, R-Fla., and Bob Menendez, D-N.J., worked to finalize and pass this bill.

“Chinese authorities are in their own league when it comes to violating human rights,” said Nury Turkel. He is an appointed member of the U.S. Commission on International Religious Freedom (USCIRF), an independent group established in 1998.

“We’ve been told Never again, and I thought that meant something,” added Turkel. “Today, this brutal, deliberate, systematic, targeted attack on a religious minority really is happening.”

In the U.S., unfavorable opinions of China have reached new heights during recent months. Currently two-thirds of Americans express negative views of the Communist state, according to Pew Research.

“We should definitely make distinctions between the people of China versus their government,” said Turkel. “Few Americans understand the plight of the Chinese people. Today, any ideology that is not in line with the Chinese Communist Party is perceived as a threat.” 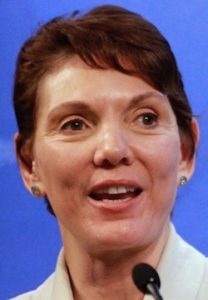 A graduate of Yale Law School, Littlejohn founded her group in 2008 to expose population control policies in China. She says the pandemic has opened eyes to “corruption and self-serving lies” of the Chinese government.

“They delayed informing the world about the pandemic,” she said. “Then they lied early on about whether there was human-to-human transmission. It cost countless thousands or millions of lives internationally.”

The two advocates recognize that, in an economic downturn, human rights may be a secondary concern to many. “Our fellow U.S. citizens are fighting for their lives, worrying about their daily means and ways to support their family,” said Turkel.

“But American people, by nature, cherish individual freedom and religious freedom,” he added. “So I believe the societal focus on these issues will come back.”

One other aspect of China’s pandemic response must not be forgotten, noted Littlejohn. “They’ve used the pandemic as an opportunity to hammer Hong Kong,” she said. “Recently, the Chinese government has violated nearly every commitment ever made to Hong Kong.”

Turkel was born in a Chinese reeducation camp in 1970. In 1995, he fled China and was granted political asylum in the U.S. He studied to become a lawyer, and co-founded the Uyghur Human Rights Project in 2003.

“My life has been emblematic of Uyghur suffering,” said Turkel. “I’ve always lived with different levels of persecution, facing racial discrimination when I was growing up. It has progressed to China’s mass detention of Uyghurs and other Muslims — with a genocidal intent.”

He began to hear of the atrocities against Uyghurs early in 2017 from personal contacts. “Friends told me of loved ones who disappeared,” he said. “There was no apparent reason, other than them being Uyghur.”

“People don’t realize the intrusiveness of how the Chinese government is treating the Uyghur people,” said Littlejohn. “Between one and three million Uyghurs have been sent to internment camps, subjected to forced labor. Uyghur women are being sterilized.”

Last month, a government order circulated in China’s western Xinjiang province prompted outcry from parents. It mandated that all preschools be converted to boarding schools. Further, families would be required to drop off children starting Monday morning and leave them in the state-run schools until Saturday every week.

“Reportedly, a half million Uyghur kids have been taken away from their families and sent to state-run orphanages,” said Turkel. “Their parents first are taken to separate camps. It’s a convenient method for the Chinese state to take these children away and raise them in their own way.”

“They’re doing whatever they can to wipe out the distinct culture, ethnicity, and religion of these people from their homeland region,” said Littlejohn. 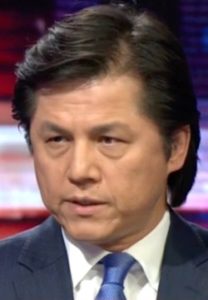 “The organization where I serve, USCIRF, has been calling the Chinese authorities to respect people’s right to practice religion,” said Turkel. “The Catholic Church and underground churches have been suffering tremendously. Chinese authorities perceive them as disloyal.”

Having seen their pattern of suppressing religion for many years, Littlejohn addressed why the Chinese Communist Party (CCP) targets people of faith.

“The CCP is in to mind control,” she said. “They want to play the role of God and dictate how people view the world. Belief systems like Christianity center on the worship of a God who is above everyone, which contradicts foundations of the CCP philosophy.”

Echoing other USCIRF commissioners, who represent diverse faiths, Turkel affirms the value of religion in the public square. “Having religious belief is a good thing,” he said. “Spiritual life can help to foster healthy societies. The Chinese government should not continue to wage a war on faith.”

A devout Catholic, Littlejohn speaks to why followers of Christ should stand up for the Uyghurs.

“We are all created by God in his image,” she said. “If the Chinese Communist Party is denying the dignity of a person, it’s an atrocity to Christians.

“It doesn’t matter if they are Buddhist, Muslim, or Falun Gong,” she added. “We as Christians believe that every human being is infinitely valuable.”

How This Law Deters Injustice

Under the new law, the U.S. government is directed to freeze the assets of Chinese leaders and entities responsible for human rights abuses. These sanctions and visa bans are authorized under the Global Magnitsky Act.

Uyghur advocacy group East Turkistan Government in Exile praised the bill’s passage. The group has disputed China’s ‘occupation’ of the Xinjiang province, which began in 1949.

Currently the U.S. seems alone in its stand, which Turkel says is not by accident. “People ask: ‘Why are other nations not speaking out?’

“It’s because China has been aggressive in their ‘diplomacy,’” he said. “Through financing, the Chinese Communist Party has been buying silence around the world.”

Littlejohn believes other nations will follow America’s lead on human rights, especially with Chinese complicity in COVID-19. “There is anger globally at the CCP,” she said. “Human beings have died, and economies have been decimated. Now we should hold China accountable.

“Perhaps their treatment of the Uyghurs has finally woken up the world,” she added. “Because the Chinese government is willing to do anything to promote its own interests.”