Trump, Regeneron and the Supposed Hypocrisy of the Pro-Life Movement 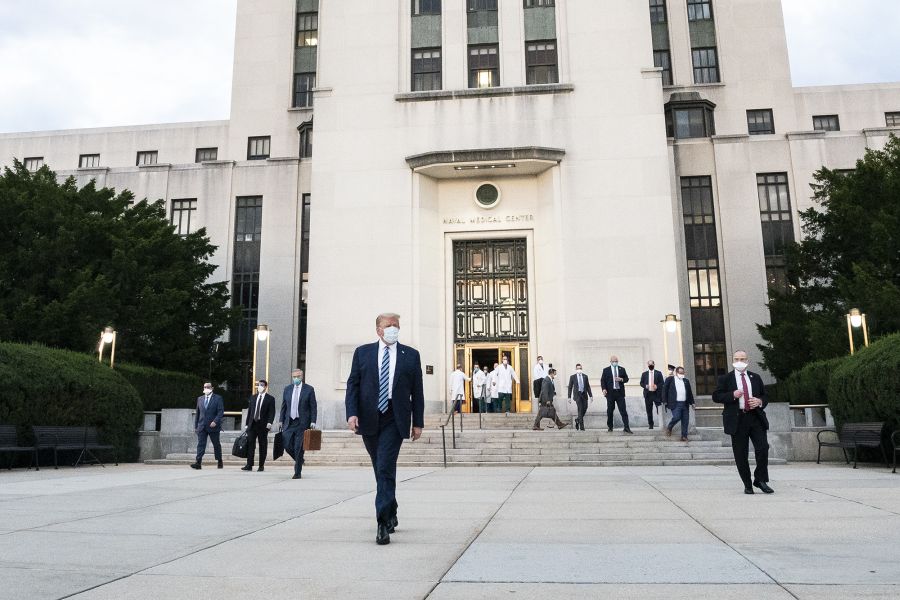 Have you heard the latest? Trump cannot be pro-life since he used and is promoting the anti-COVID drug Regeneron, which was allegedly developed with the help of fetal tissue. And pro-life organizations are being hypocritical by refusing to condemn the drug. Is there any truth to these charges?

The Allegation: Tissue from Aborted Fetuses Used in Regeneron

As reported by the UK Metro, “Trump faces hypocrisy allegations after it was revealed Regeneron is made from stem cells originally taken from an embryonic kidney. That kidney was taken during an elective abortion performed in the Netherlands during the 1970s.”

“The Trump administration has looked to curtail research with fetal cells. But when it was life or death for the president, no one objected.”

As for pro-life organizations, a lengthy headline on Business Insider stated, “Antiabortion groups say they stand behind Trump’s use of a drug tested on cells derived from an aborted fetus because the president ‘was not involved with that abortion’.”

How Should Pro-Lifers Respond? With The Truth

Let’s say that Regeneron was actually developed with the help of fetal tissue. Does anyone actually think that doctors came to Trump and said, “Mr. President, we have an experimental drug that was tested and developed using tissue from an aborted baby. How do you feel about using this?”

Only the most hardened anti-Trumper could imagine such a scenario. In the world of reality, the very thought of it is absurd. And, even if the fetal tissue charges are true, who knew about this? Was this something that any of the doctors would have been aware of? I very seriously doubt it, especially when, as we shall see, Regeneron itself denies the charge.

It is therefore completely ridiculous to claim that Trump is being hypocritical in using Regeneron, as if he knew the alleged history of the drug.

The Charge is False. The Tissue Came From Mice

But that leads us back to the big question: Did Regeneron use fetal tissue from a baby aborted in the 1970s?

Another headline on Business Insider stated, “One of Trump’s COVID-19 treatments was developed using tissue that originally came from an abortion. He’s tried to ban this kind of research.”

This is being widely reported as established fact. But is it true?

She summarized the evidence in simple and clear terms: “NO human embryonic stem cells or human fetal tissue were used to produce the treatments President Trump received—period.”

The Regeneron therapy given to the president was made in Velocimmune humanized mice, a novel platform that uses genetically modified mouse embryonic stem (ES) cells to generate antibodies described here and here. Development of Regeneron’s antibody cocktail is detailed in the journal Science, describing how they identified their antibodies made from Velocimmune mice and blood from recovered patients previously infected with SARS-CoV-2. The final antibody pair used in the REGN-COV2 therapy cocktail was then produced in Chinese hamster ovary (CHO) cells. Results from Regeneron’s REGN-COV2 clinical trials to treat COVID-19 patients are reported here.

Mouse embryonic stem cells and genetic modifications to make such mice date back to 1981, have been extensively studied, and were instrumental in the discovery of induced pluripotent stem (iPS) cells, another fully ethical alternative to fetal material, as discussed in this Nature review. iPSCs are much easier to use than human embryonic stem cells, more flexible in their uses, and are not ethically controversial. No one has ever advocated against using mouse embryonic stem cells for development of therapies – only against destruction of human lives.”

In a statement made to the Christian Post, Alexandra Bowie, a spokesperson for Regneron, explained, “We did not use human stem cells or human embryonic stem cells in the development of REGN-COV2. We did use the HEK293T cell line to test our antibodies’ ability to neutralize the SARS-CoV-2 virus (they were used to make ‘pseudovirus’ that looks like the Spike protein).

“HEK293s are considered ‘immortalized’ cells and are a common and widespread tool in research labs. The cell line was originally derived by adenovirus transformation of human embryonic kidney cells in 1977.

“After this, it was further transformed at Stanford in the ‘80s with SV40 T-antigen (hence the ‘T’). HEK293T wasn’t used in any other way and fetal tissue was not used in this research.”

I’m not a medical doctor or a scientist, but it seems clear from these descriptions (and from what I could glean from Regeneron’s technical article published in the journal Science, also cited above) that there is hardly a direct connection between the drug and an aborted baby.

Still, there is so much misinformation going viral online that Dr. Tara Lee started a Twitter account just to rebut the misconceptions. (Lee’s Twitter bio identifies her as “Researcher, Clinical Scientist, Science Policy Advisor. PhD. Senior Fellow & Director of Life Sciences @lozierinstitute. For LIFE in this world and the next.”)

She summarized the evidence in simple and clear terms: “NO human embryonic stem cells or human fetal tissue were used to produce the treatments President Trump received—period.”

So, Regneron denies that it used embryonic cells and other scientists deny it. This completely undermines the charge that pro-life groups are being hypocritical for not condemning the use of the drug (and the president’s promotion of it).

That being said, some pro-life groups have, in fact, opined that, even if testing for the drug could be traced back to an abortion in the 1970s, Trump had nothing to do with any of this and is therefore not being hypocritical in promoting the drug.

Is there some hypocrisy in the response?

That’s a fair question, and it’s the type of question that ethicists debate. If you could save the lives of many people using a drug that was developed with the help of aborted fetal cells, is that justifiable?

My answer to those accusing the president with hypocrisy is threefold. First, as stated here, it’s unlikely in the extreme he had any idea of the alleged abortion connection. Second, scientists from Regneron deny any connection to human fetal cells, and Trump would presumably take them at their word. Third, if Regneron had been developed with the help of an aborted baby, there would then be a serious ethical debate as to its use.

Still, with all that being said, it is grasping at straws to question the pro-life commitment of these organizations (along with that of President Trump). That’s because we are comparing the willful killing of more than 60 million babies in the womb, often out of convenience, with the possible, distant connection of a life-saving drug to a baby aborted in the 1970s. Who would seriously make such a comparison?

When it comes to the question of the benefit of embryonic cells in the development of medical cures, Dr. Lee noted that, “Fetal tissue from aborted babies is not required for medical advancements. After 100+ years of research, no therapies have been developed that needed aborted fetal tissue to begin with. Newer & better ethical alternatives are available & being used now to make humanized mice.”

There is, therefore, no justification for using embryonic fetus cells in medical research, and the Regeneron drug does not contradict this at all.

Of course, as readers here know well, I have no problem identifying President Trump’s many, evident shortcomings. And I continue to shake my head over some of the things he says.