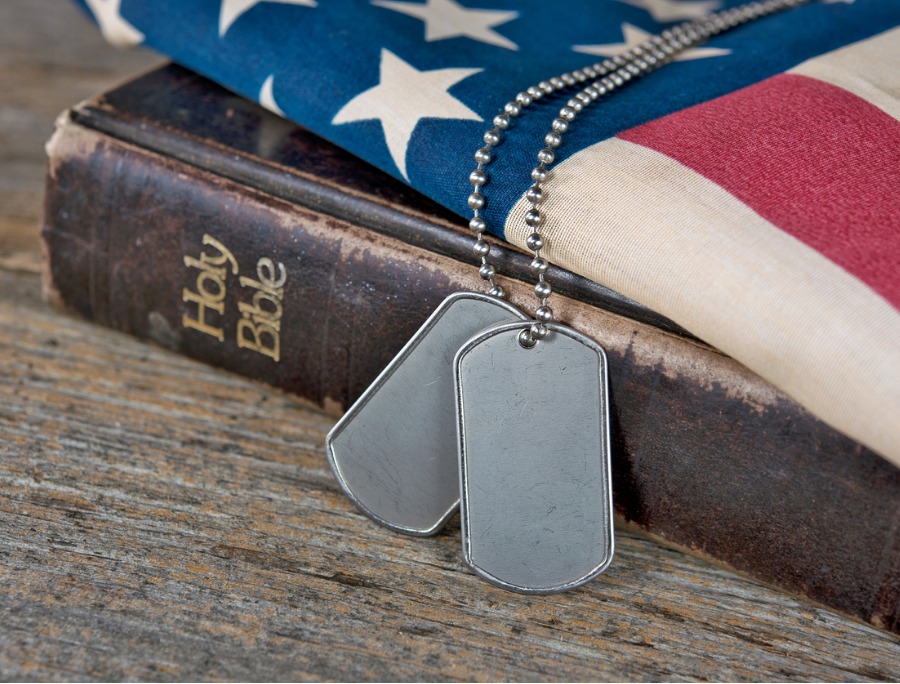 For eight years the Military Religious Freedom Foundation and the Obama Administration waged a relentless war on religious liberty within the ranks of the Armed Forces.

As I document in my forthcoming book, Culture Jihad: How to Stop the Left From Killing a Nation, nativity scenes were removed from military bases, Airmen were punished because of their religious beliefs and VA hospitals imposed draconian rules that even forbade school children from distributing Christmas cards that included the words “Merry Christmas.” Click here to read more on those stories.

Remove a WWII Vet’s Family Bible? Not So Fast

The Military Religious Freedom Foundation’s most recent attack came in May when they filed a federal lawsuit demanding that a World War II veteran’s family Bible be removed from a Missing Man Table at the VA Medical Center in Manchester, New Hampshire.

Herman Streitburger, who recently turned 100 years old, was captured by German fighters in 1944 and held as a prisoner of war. Mr. Streitburger donated his family Bible to the table honoring missing military personnel and prisoners of war.

But the MRFF claims the inclusion of the World War II veteran’s Bible on the Missing Man Table is a violation of the U.S. Constitution.

It was not the first time they made such an accusation and more often than not VA hospitals capitulated to their demands without even putting up a fight.

On Wednesday, the Trump Administration dispatched Vice President Mike Pence to tell the nation it was time to fight back.

“We will always respect the freedom of religion of every veteran of every faith,” the vice president said in remarks to the American Legion. “And my message to the New Hampshire VA hospital is: The Bible stays.”

Obama Was No Friend to People of Faith

The vice president affirmed what I have been reporting for over a decade at Fox News — the Obama administration was no friend to people of faith.

“It’s really no surprise because, under the last administration, VA hospitals were removing Bibles and even banning Christmas carols in an effort to be politically correct,” he said.

The vice president vowed that the Trump Administration would always respect the freedom of religion of every veteran of every faith.

“But let me be clear: Under this administration, VA hospitals will not be religion-free zones,” he said.

Mikey Weinstein, the founder of the MRFF, was enraged by the vice president’s remarks.

“Mike Pence is one of the most repulsive and repellent fundamentalist Christian supremacists and bullies on the scene today,” he said in a prepared statement. “It is hardly surprising that he is lending his ugly bigotry and pervasive prejudice in support of keeping that Christian bible bolted down on that POW/MIA table.”

VA Secretary Robert Wilkie refused to be bullied by Weinstein’s lawsuit or the Obama Administration’s attempt to eliminate religious symbols from VA facilities.

In July the Department of Veterans Affairs announced an overhaul of Obama-era policies that limited religious liberty.

Moving forward children will be able to send veterans religious-themed Christmas cards and patients will be able to use sacred texts during visits to VA chapels. And Bibles will be included in Missing Man Tables.

“It is offensive to me that we send our troops into the most godforsaken places on the planet, and yet we have people suing us because they’re offended by the presence of a Bible at a table memorializing missing soldiers,” he told the Examiner.

People of all faiths, especially Christians, owe the Trump White House a debt of gratitude for defending religious liberty and rolling back the anti-Christian infestation that took root during the previous administration.

Mr. Weinstein once bragged that his organization’s influence was so vast during the Obama administration that he had a hotline to the Pentagon. Well, it looks like President Trump just disconnected the line.