An interview with advocate for persecuted Christians Johannes de Jong. 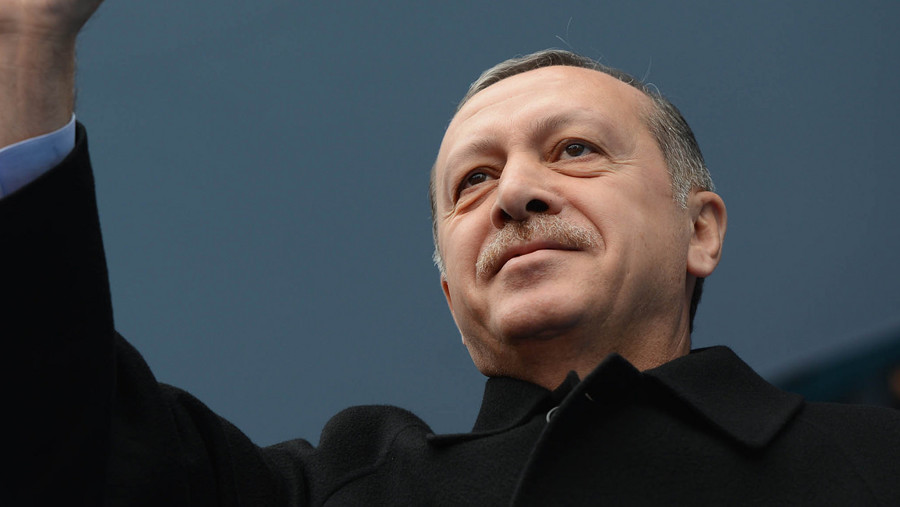 In light of the growing aggression on the part of our NATO “ally” Turkey, The Stream decided to interview Johannes de Jong. A longtime Stream contributor, he is an expert on the region, and an advocate for religious freedom.

John Zmirak: Americans aren’t focusing much on anything happening outside our borders. We have too much violence in our cities. But you think President Trump needs to take strong action regarding Turkey. Its President Erdogan has been acting aggressively all across the region. Can you talk about his seizure of Hagia Sophia as a mosque? Hasn’t he linked it to “liberation” of the Dome of the Rock, threatening Israel?

Johannes de Jong: President Trump promised to stand up against extremist Islamism. That was a key part of his agenda. And rightly so. Erdogan is now the most important supporter of Islamist extremists. His obvious agenda is to restore the Turkish caliphate [that is, world leadership of Muslims].

Turning the Hagia Sophia from a museum into mosque only exposes what keen observers already knew. Erdogan showed his hand when he made the announcement in Turkish and Arabic.

The reopening of Hagia Sophia is an omen for restoring the freedom of the Al-Aqsa mosque [in Jerusalem, on the Temple Mount]. It is … a sign of peace that we send from the bottom of our hearts to all the cities that symbolize our civilization. From Bukhara, To Andalusia.

Andalusia is in Spain and Bukhara in Usbekizstan. The real agenda of Erdogan includes the restoration of the Islamic caliphate and the destruction of Israel. I am not the only one stating this. Even in secular newspapers in The Netherlands I read the same conclusion. Finally some people are waking up to reality.

Erdogan supported ISIS massively. He supports Al Qaeda in Syria. He backs all kinds of jihadists to attack Kurds and Christians.

Pretty late. Erdogan supported ISIS massively. He supports Al Qaeda in Syria. He backs all kinds of jihadists to attack Kurds and Christians and their Arab allies in northern Syria. Erdogan is attacking Iraq at this moment and moved 10,000 jihadists to Libya.

That is not even a complete list. I can add his threats against Greece. Plus his recent threats against Armenia. We see  growing evidence that Erdogan is arming Boko Haram in Nigeria (which is slaughtering Christians). So if you look to the whole picture it is odd that people only woke up when he made a mosque of the Hagia Sophia. But at least now he is open about his real agenda.

President Trump can no longer ignore this. He cannot genuinely call Erdogan his “friend.” Not when Erdogan steers the killing of Christians on a massive scale. And serves as the largest supporter of Islamic extremism in the world. How can President Trump explain himself to Christian voters? I cannot imagine that President Trump wants Erdogan to succeed. But he will if Trump doesn’t act.

Is Erdogan trying to restore the intolerance and regional dominance of the old Ottoman Empire? Does he say this openly in Turkish-language statements?

Wherever Erdogan imposes Turkish rule, you see sharia. You see the death and destruction of people of different faiths.   And mob rule by jihadist gangs. So he is very clearly imposing intolerance and violence. The statement I quoted above makes his Ottoman restoration dream explicit. And that was not even the first time he stated his real intentions.

Turkey’s jihadists drive out Christians and Yazidis who won’t convert to Islam. Turkish forces constantly shell and harass the Christian areas around Hassakah and Tel Tamer. Turkey regularly cuts off the water to that area. In Iraq, Turkish jets in 2019 and 2020 bombed Sinjar. The current Turkish aggression in Iraq is driving away Christians there. So Turkey is persecuting religious minorities on a massive scale.

Hunting Christians, at Home and Abroad

How has Erdogan harmed the dwindling Christian minority inside Turkey?

Carnegie Center researcher Alexander Görlach warns that the future of Christians in Turkey is threatened by continuing persecution and intolerance. This fits with how Turkey abused Pastor Andrew Brunson and other Christians. Persecution in Turkey itself is less fierce than in Turkish occupied areas, but it is serious. Turkey qualifies as the only NATO country on the USCIRF’s religious persecution watchlist.

Turkey continues to threaten aggression against Armenia. Why?

An age-old conflict simmers between Armenia and Azerbeijan.  We see continuing skirmishes along their border. Now Turkey issues warnings to Armenia. Erdogan wants to use this conflict to increase its military leverage over the region.

What about Turkish moves in Libya? Its efforts to control the government there?

Actually, Turkey already controls the “UN-recognized” GNA government of Libya in Tripoli. That government only dominates western Libya. Turkey sent 10,000 jihadists from Syria and Turkey to grab for control of the rest. Opposing the GNA is Khalifa Haftar, a strongman/general. He dominates eastern Libya. He gets support from France, Egypt, Greece and the United Arab Emirates. The sole purpose for this support for Heftar? To prevent Turkey from recreating an Ottoman caliphate. If Turkey controls Libya, it can destabilize and get control over much more. Even dominate the Eastern Mediterranean.

Do we see the European Union doing anything to restrain Turkey? How can the United States help?

We saw a sudden change in the EU. On July 13, the EU Foreign Affairs Ministers suddenly moved against Turkey. They made it clear that they were prepared to impose real sanctions. Turkish moves in Libya became too big to ignore. Add to that Turkish attempts to seize gas fields in waters that belong to Cyprus.

The US can stop Turkey at two essential points. First of all by not pulling troops out of Northeast Syria. The US must stand ready to stop any future Turkish aggression, not run away. Second it should declare and enforce a No-Fly zone against Turkey over North-East Syria and Iraqi Kurdistan. Those would prove by far the most effective brakes on Turkey’s expansionism. Otherwise it won’t stop short of … Jerusalem. It is much easier to deter them now.

Why should Christian voters in America, with many worries at home, care about these developments?

Because if you don’t stop Erdogan now, he will breed an army of jihadists that will come after the US. The September 11, 2001 attacks serve as a powerful reminder: Ignoring such threats doesn’t negate them. Islamic extremism spreads via a large state that supports many different terror groups like al Qaeda. On an industrial scale. Jihadism now extends far beyond a few remote areas in Afghanistan. Turkey spreads it in major population centers, wherever it can reach.

Turkey started to cooperate with Iran. That threatens Israel, Greece and Armenia. Are American Jews, Greeks and Armenians comfortable with that?

What we face is finally … fascism. The Nazis’ cooperation with Islamic extremists in their day was no accident. Each shared the urge to dominate and to make the whole world the same boring monoculture, dominated by dictators. Turkey’s Neo-Ottomanism revives all that. Let’s halt Erdogan while he’s still weak enough to be stopped.