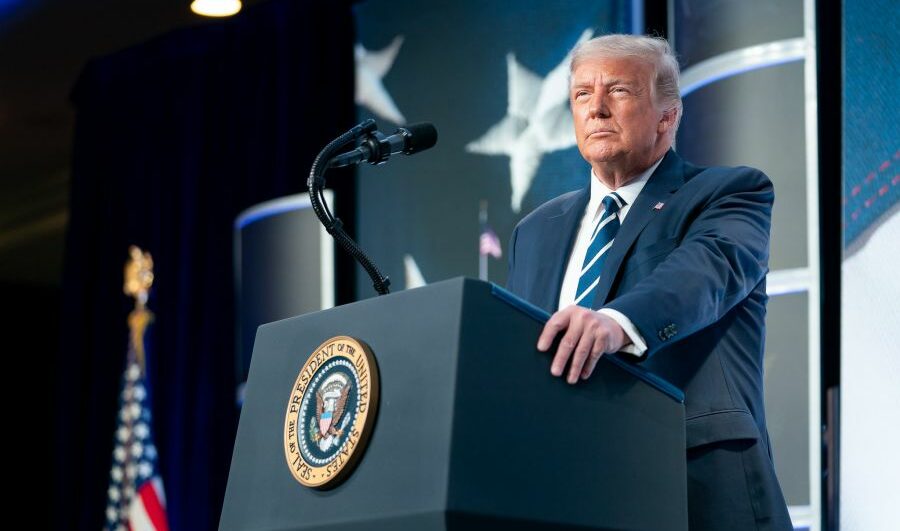 According to a new poll, a majority of Americans do not want either Joe Biden or Donald Trump to be their presidential candidates in 2024. Count me in among that majority.

As for Biden, I cannot imagine him running again at his advanced age and diminishing capacity. Plus, his presidency thus far has been a disaster and I strongly oppose many of his core values and goals.

More broadly, unless there is a fundamental revolution in the Democratic Party, I cannot imagine voting Democrat.

As for Trump, simply stated, he has too much baggage.

If Trump is the Republican candidate, that means that we will be replaying the 2020 elections as much as trying to win the 2024 elections. Not only so, but loyalty to Trump will require embracing the stolen election narrative.

Why add this into an election that could easily be a landslide in 2024? Why alienate other, potential voters? And why make the election more about personal loyalty to the person (meaning, Trump) rather than picking the right person with the right platform?

Why Start Out With So Many Roadblocks?

Having Trump as the candidate also brings the baggage of January 6 and the many charges leveled against him (whether true or not). Why open that door again? Why give your opponents more leverage? Why start out with all kinds of arrows in your back and roadblocks in your way?

Without a doubt, any Republican candidate will be savaged and demonized by the left-wing media. But handpicking Trump is asking for trouble.

Why must it be Trump? How is that, among all possible candidates, he alone can get the job done?

As for January 6, in my view, Trump was not legally responsible for what happened on that fateful day. But he was morally responsible in that his incendiary rhetoric leading up to January 6 caused his followers to believe that their country was being taken from them for good. “We will never have a free and fair election again! It’s time to fight!”

In addition, his failure to read the crowd and address the irresponsible rhetoric of other speakers who preceded him is inexcusable for the Commander in Chief.

Most of all, having Trump as the candidate brings the baggage of the man himself. His divisiveness (still throwing Mike Pence and others under the bus). His nastiness. His fashioning himself to be the savior of religion in America. (In a recent speech, he reiterated his theme that no one did more for religion in America than he did. In reality, he did fight for religious freedoms and causes; he also brought lots of reproach to religion.)

Personally, I would rather have a less abrasive and reckless candidate who might disappoint me on a minor issue here and there (not quite having Trump’s backbone) than Trump himself.

This is all the more true when you add in Trump’s age, despite his vigor and energy. Plus, we do have very viable candidates like Ron DeSantis.

Why must it be Trump? How is that, among all possible candidates, he alone can get the job done?

One of my astute colleagues, a pastor who trains leaders internationally, just texted me, writing:

As good as his policies are, I don’t think the country could take another four years of Trump

I pray the Republicans and conservatives have enough wisdom to elect Ron DeSantis in the primaries.

Trump Did a Lot of Good, But It’s Time to Move on From the Bad

Last December, I wrote an article titled, “Trump Knocked the Door Down; Let Someone Else Walk Through It.”

Donald Trump’s greatest accomplishment as president may not have been the policies he enacted or the justices he appointed. Instead, as important as those accomplishments were and are, it is possible that the most important thing he did as president was to say to the political world, ‘I will not play your games. I am the champion of the people, not a member of the good old boys club.’

But now that he has broken the mold, thrown out the old rule book, and forged a new path of leadership, it will be best in 2024 for another conservative leader with backbone and conviction to take the lead. Trump simply brings too much collateral damage with him (and, I remind you, I voted for him in 2016 and 2020).

It really is best that we move on.

I appreciate all the good that Donald Trump did during his presidency and am grateful to him for his deep solidarity with Christian conservatives. But we cannot endure a repeat of the bad he brought as well and, quite frankly, we have other, better choices.