Where are the firebrands who will fearlessly confront the wicked systems of the day? 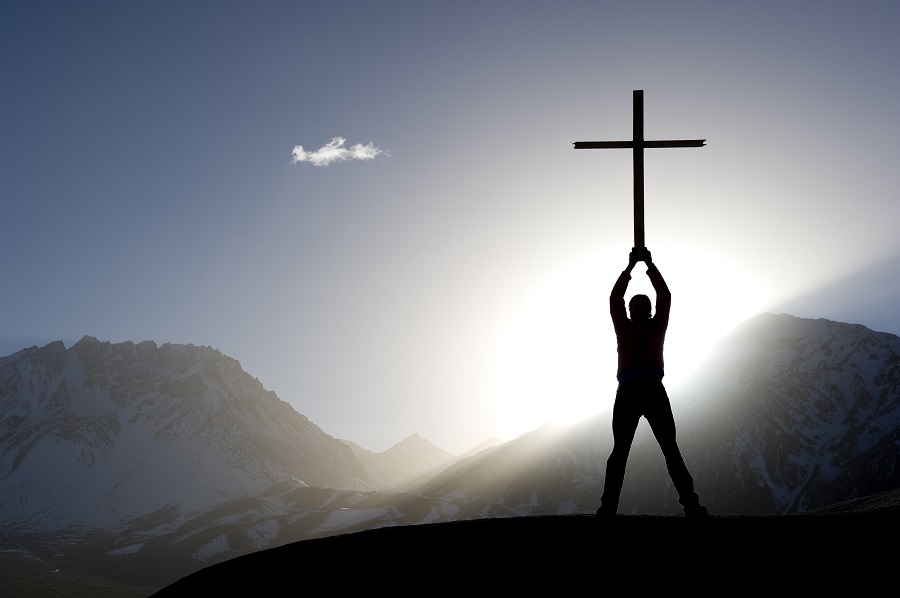 Handcuffs, ankle monitors and locked church buildings are the new normal for many Christians in America today. The state has threatened worshipers of Jesus. At the same time, they are opening the “essential” doors of Planned Parenthood wide. Somehow it’s safe to congregate at Walmart, Home Depot, liquor stores and on golf courses. But gathering in worship, prayer and repentance are a threat to national safety.

A closed church isn’t the most disturbing reality, however.

The pathetic extent of many Christian’s response to the lock-downs and governmental threats is to remind people to wash their hands as they shelter in place. They fearfully wait it out as they hope for the best. It’s shameful. Washing hands is a great common sense idea, but how can that be the best insight and advice a blood-bought, Spirit-filled, fire-breathing Christian can offer?

The most disturbing reality in the midst of this crisis is a muzzled, cowering church. Where are those who have a reputation as troublers? The church shouldn’t be afraid of the United States government. The church should cause politicians to tremble!

The time is now for humble yet bold prophetic people to use every medium available to them to strike cultures and unholy systems with ferocity! Cast down arguments, assault wickedness and become defenders of our rights as Americans to assemble, to worship and to be free from tyranny. The Constitution wasn’t written to protect us from a virus at the cost of our liberty. It is in place to protect our rights, and those rights aren’t suspended in the midst of a pandemic or any other crisis.

After being accused of troubling Israel, Elijah, in the anointing of the Lord, struck back with the sword of truth:

And he answered, “I have not troubled Israel, but you have, and your father’s house, because you have abandoned the commandments of the LORD and followed the Baals (1 Kings 18:18 ESV).

Holy indignation must erupt from within as we clearly stand against the threats, taunts and attempts to shut down the only governmental authority that outranks that of the United States of America: the church.

The secular leadership of our nation, our states and our localities need to hear loud and clear, whether they might identify as Believers in Jesus or not: America has abandoned the commandments of the Lord!

Politics in the Pulpit

I would suggest pastors who refuse to consistently and without apology confront the spirit of the age have disqualified themselves from ministry. The spirit of the age includes the vile cultural and political positions that are embraced, celebrated and promoted by our nation’s leaders and influencers. Ichabod may soon be stamped above the doorposts of their church if it hasn’t been done already.

When pastors understand their prime call is to equip a prophetic people to expose and assault the kingdom of darkness, it will become clear that it’s not possible to go silent on the politics and immoralities in the land.

Sadly, there is but a small number of fervent, devoted, highly trained and radically surrendered people who are prepared to respond to the taunts and assaults that the enemy is bringing through this testing season. Instead of equipping the people diligently over the last few decades, many pastors have instead played around in the shallows in the hopes that they keep everybody comfortable and happy. Instead of trained warriors they have produced sloths who have little interest in the things of the Spirit.

And Elijah came near to all the people and said, “How long will you go limping between two different opinions? If the LORD is God, follow him; but if Baal, then follow him.” And the people did not answer him a word (1 Kings 18:21 ESV).

Elijah demanded a decision. He fearlessly confronted leaders, false prophets and all of the people and called them out. And he didn’t stop there. He went to war in the power of God and ultimately killed all 450 of the prophets.

There are extremely powerful prophetic systems in America today. They must be not only confronted but taken out via the power of the Holy Spirit. The media is prophesying lies twenty-four hours a day. Many politicians are releasing oracles that originate from wicked hearts that are in radical rebellion to God. Lawmakers are enforcing demonically influenced restrictions on the church. Satan is gaining ground while Christians sleep.

We need troublers of America to arise! This prophetic army will be deeply humble, surrendered and functioning from a place of sobriety. They won’t sound mere opinions but will rather trumpet prophetic truths. They won’t stand still when liberties that so many gave their lives to protect are ripped away from us. They will aggressively and with fire in their eyes stare down the enemy and remove him from his place.

It’s time the unrighteous leaders of America hear loud and clear that they have been disobedient to the Lord God. They need to hear that God has an awakened, equipped and determined people who will confront their unholy advances in this hour.

Elijah took twelve stones, according to the number of the tribes of the sons of Jacob, to whom the word of the LORD came, saying, “Israel shall be your name,” (1 Kings 18:31 ESV).

Holy confrontation isn’t the ultimate goal. A restored altar is. America must be taken back. We can’t get there without you and I standing up boldly to the spirit of the age. Jezebel must go. False prophetic systems must go. The rains of refreshing must return but that will only happen as the nation repents as a result of God’s people taking a stand.

A restored altar to the one true God in America is the goal. This is a season of divine reset and every one of us must shift dramatically. Repentance must hit us deeply as we renounce a casual, shallow life. Today is the day for you and everyone of us to respond to the call of the Lord to fight against deeply wicked systems in our nation. The altar will be built, the false prophets will die and the fire will fall. Only then can we call America a Christian nation again.

Then the fire of the LORD fell and consumed the burnt offering and the wood and the stones and the dust, and licked up the water that was in the trench. And when all the people saw it, they fell on their faces and said, “The LORD, he is God; the LORD, he is God.” And Elijah said to them, “Seize the prophets of Baal; let not one of them escape.” And they seized them. And Elijah brought them down to the brook Kishon and slaughtered them there. And Elijah said to Ahab, “Go up, eat and drink, for there is a sound of the rushing of rain.” (1 Kings 18:38-41 ESV).