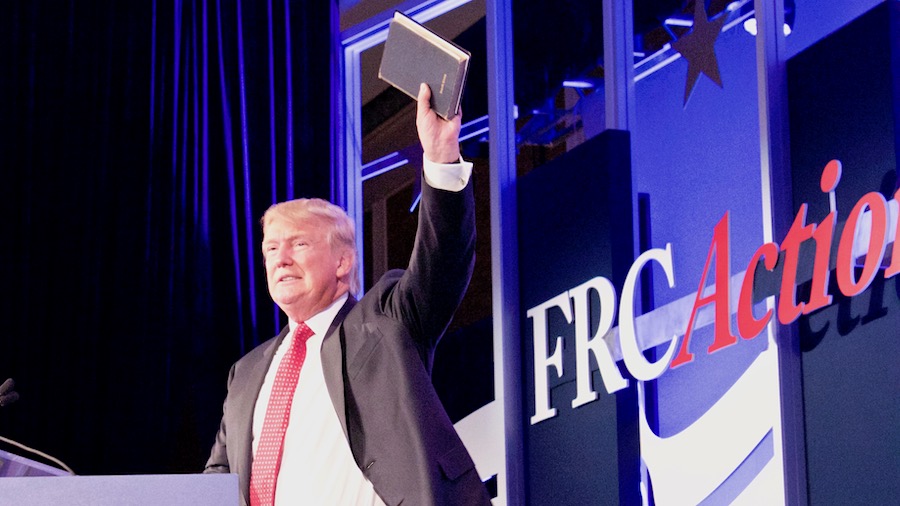 On September 25, 2015, then-presidential candidate Donald Trump addressed Values Voter Summit in Washington, D.C., holding aloft a Bible his mother gave him as a child. The event will be held virtually this year, with President Trump slated to speak later this week.

“Currently, our numbers are much higher in terms of people who plan to attend,” said FRC Action president Tony Perkins in a phone interview. “So I’m looking forward to a really good week.” A spokesman stated over 6,000 people were pre-registered as of Monday.

Typically drawing thousands in-person to Washington, D.C. and hundreds of thousands via TV broadcast, this year will be different. The nation’s capital has prohibited any large-scale events until at least 2021, due to COVID-19 related measures.

In going virtual, FRC also eliminated registration fees. They say the experience will be much more than merely talking heads.

“We’ve crafted it so people will be able to interact with it and ask questions,” said Perkins in a phone interview. “It’s not just going to be sitting there watching a computer screen or television.”

Perkins confirms to The Stream that Ruth Bader Ginsburg’s death has forced the summit to reshuffle plans, bringing the High Court to the forefront.

The Supreme Court will be featured  “very prominently each night” says Perkins. “We’ll kick off the event with Senator Josh Hawley, who is drawing a line in the sand over the court,” he told The Stream.

FRC Action has invited voices to discuss why the Supreme Court matters and what attributes conservatives desire to see in the judicial nominee. Trump is set to announce his pick on Saturday. 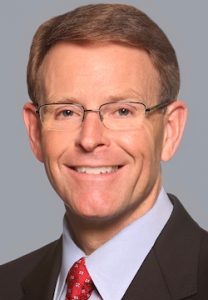 Perkins asserts that conservatives’ election focus has been sharpened by the pending nomination to the Supreme Court.

“This issue has the ability to turn up the knob of intensity of this election,” he said.

Current polling diverges on this question. A recent Marquette University poll shows liberal voters most engaged on the courts.

By contrast, exit polling from the last presidential election revealed 70 percent of Trump voters cited the courts as an important issue.

Long involved in nomination battles, the president of FRC recalled the passing of Justice Antonin Scalia in February 2016.

“Suddenly it went from a theoretical issue of the courts being important, to a vacancy on the court during the election,” he said. “That development very clearly had a significant impact on the way conservatives responded.”

Similar to past years, leading voices at Values Voter Summit will feature a combination of elected officials, clergy, and conservative issue activists.

Later, pro-life advocates Abby Johnson and NFL star Benjamin Watson will present on their latest initiatives to defend lives in the womb.

Such a unique mixture of faith and politics has garnered criticism, most prominently from Southern Poverty Law Center (SPLC). Their preview post calls the event “hateful” before a word has been spoken.

“The SPLC is nothing more than an attack dog for the left,” said Perkins. “They’re desperate. They’re doing everything they can to silence those with whom they disagree.”

He pointed out how SPLC came up in an August Congressional hearing with Amazon CEO Jeff Bezos. Rep. Matt Gaetz, R-Fla., asked why the e-commerce giant uses SPLC’s “Hate Map” to determine which nonprofits can benefit from their Smile program.

Bezos, the richest man in the world, refused to stand up for SPLC. “I’m going to acknowledge this is an imperfect system,” he said. “I would love suggestions on … better or additional sources.”

“People are seeing behind the smokescreen,” said Perkins. “Leaders in Congress are now calling on Amazon, which uses SPLC as their moral compass, to drop them.”

Seeing Beyond the Crisis

Perkins and his team, many of whom worked remotely for weeks or longer this spring, recognize that COVID-19 remains a backdrop for Americans’ daily lives.

“People have lost their lives from this coronavirus, there’s no question about it,” he said. “No one should in any way diminish that fact.”

In recent discussions, he finds leaders eager to turn a corner especially regarding reopening churches and businesses. “To put it in perspective, I do think the media and the Left have exploited the virus to stoke fear,” he added.

“We can’t succeed if we’re hiding in fear or if we’re afraid of this unseen enemy.”

He mentioned a panel of medical professionals will address the current coronavirus situation at the event, in addition to voices giving economic perspective.

With Trump slated to address VVS attendees late in the week, FRC Action has positioned the event to make the case for a second term.

“Maybe some conservatives who were on the sidelines or some that were a little bit indifferent, this is going to pull them in,” said Perkins.