What Tom Brady and I Have in Common

It's not the athleticism or the Super Bowl rings — but something that keeps us both healthy and active. 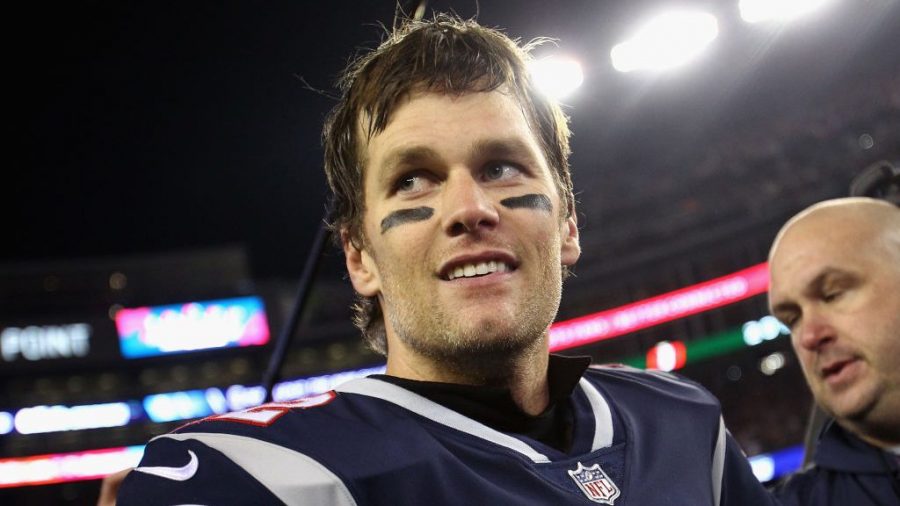 Tom Brady #12 of the New England Patriots reacts after winning the AFC Championship Game against the Jacksonville Jaguars at Gillette Stadium on January 21, 2018 in Foxborough, Massachusetts.

What do I have in common with Tom Brady? Well, it’s certainly not looks. No argument there.

As for physique, we’re a bit closer there. He’s an inch or two taller than me and about 35-40 pounds heavier, which is doubtless due to his additional muscle mass. But no one would mistake my frame for that of Brady’s.

As for spouses, it’s true that he’s married to a super model, but I’d take my beautiful bride (we’re married 42 years in March) over any super model any day of the week.

As for athleticism, well, he’s the greatest quarterback of all time and I never made it past freshman basketball, where I epitomized the saying, “White men can’t jump.” (I do, however, hold a Ph.D. in Near Eastern Languages and Literatures, so at least I’ve got that on the G.O.A.T.)

As for our spiritual beliefs, I’m a deeply committed follower of Jesus and I’ve never heard Brady talk about his faith, so I’m not sure we have much in common there.

What, then, do we have in common? A heavily plant-based diet, and it is that diet that helps fuel our super-active lifestyles, he at 40 and me about to turn 63.

But it’s also clear that he needs something above and beyond the average to excel at his age in such a rugged, rough, demanding, and dangerous game, a game which for those very reasons is largely a younger-man’s game.

Part of Brady’s regimen includes his approach to exercising and training. But a large part of his regimen comes down to diet, and for Brady, just like me, it is a heavily plant-based diet.

According to Allen Campbell, the personal chef for Brady and his wife Giselle, “80% of what they eat is vegetables … If it’s not organic, I don’t use it.” And, “No white sugar. No white flour. No MSG … No dairy.” (For the record, that’s another thing Brady and I do not have in common: a personal chef, although my wife Nancy has made some delicious avocado pudding — similar to a Brady ice-cream favorite. Also, I eat lots more fruit and tomatoes than he does.)

For Brady, it was his drive as an athlete that motivated him to finetune his lifestyle. For me, it was that fact that, at 59 years-old, I was getting more and more tired, I weighed 275 lbs., my blood pressure was as high as 149/103, my bad cholesterol was high and my good was low, I was getting headaches 3-4 times a week, having constant lower back pain, and finding it increasingly challenging to travel around the world while speaking and writing day and night.

Wouldn’t it be wonderful if, the older and wiser we got, rather than deteriorating physically, we still had the vitality to share that wisdom with another generation?

By God’s grace and with Nancy’s help, strictly following the guidelines of Dr. Joel Fuhrman (see his book The End of Dieting), in less than 8 months, I lost 95 lbs. My blood pressure dropped to 100/65l. My cholesterol, which had been as high as 230, dropped to 123 (with the good being high and the bad low). I haven’t had a headache in more than three-and-a-half years. The backpain is gone. And I don’t even need to use a breathing machine anymore for sleep apnea.

My energy level is off the charts and my immune system massively stronger. This has been due 100 percent to changing my relationship to food. (I had exercised heavily before the diet change, so that is not what brought the turnaround.)

The other day, after a ridiculously grueling schedule of speaking and traveling, I was bounding my way through the airport and found myself thinking, “You really need to enjoy your youth while you have it. Your sons-in-law are in their 40s, your grandsons are both 14, and you can all play sports together. Enjoy being young while you can!”

Yes, this is what this gray-haired, almost 63-year-old was thinking, and upon reflection, I affirm every word of it.

Of course, my life is in God’s hands, and I make no boast about tomorrow. But as I watch Brady’s career with grudging amazement (I’ve never been a Patriots’ fan) and see how everyone marvels at his performance at the age of 40, I’m struck by how many others could be enjoying life so much more if they, too, were able to make a radical lifestyle change.

And here’s something else to consider: One thing that makes Brady so great is that he has the savvy of a grizzled veteran coupled with the athletic ability of a much younger man, making him all that much tougher to stop. Which leads me to this thought: Wouldn’t it be wonderful if, the older and wiser we got, rather than deteriorating physically, we still had the vitality to share that wisdom with another generation?

For many of us, that’s a very attainable goal. Brady’s example (whether you love him or hate him) is worth considering.

And that reminds me. There’s one more thing we have in common. We both wrote books about our healthy lifestyles. His is called The TB12 Method: How to Achieve a Lifetime of Sustained Peak Performance. Mine, written together with Nancy, is called Breaking the Stronghold of Food: How We Conquered Food Addictions and Discovered a New Way of Living.

That being said, as I look at our book ratings on Amazon, I see that ours is doing slightly better than his (he’s at 4.1 out of 5 stars; we’re at 4.4 out of 5 stars). Then again, he does have those 5 Super Bowl rings and counting, which is roughly 5 more than I will ever have, so I guess things balance out after all.

(For my ultra-serious readers, smile. I’m just having a little fun.)

No Cheat Days and No Exceptions: A Key to Sustaining a Healthy Lifestyle

NeverTrump Rod Dreher and His Demons