I Told An Immigrant To Go Home 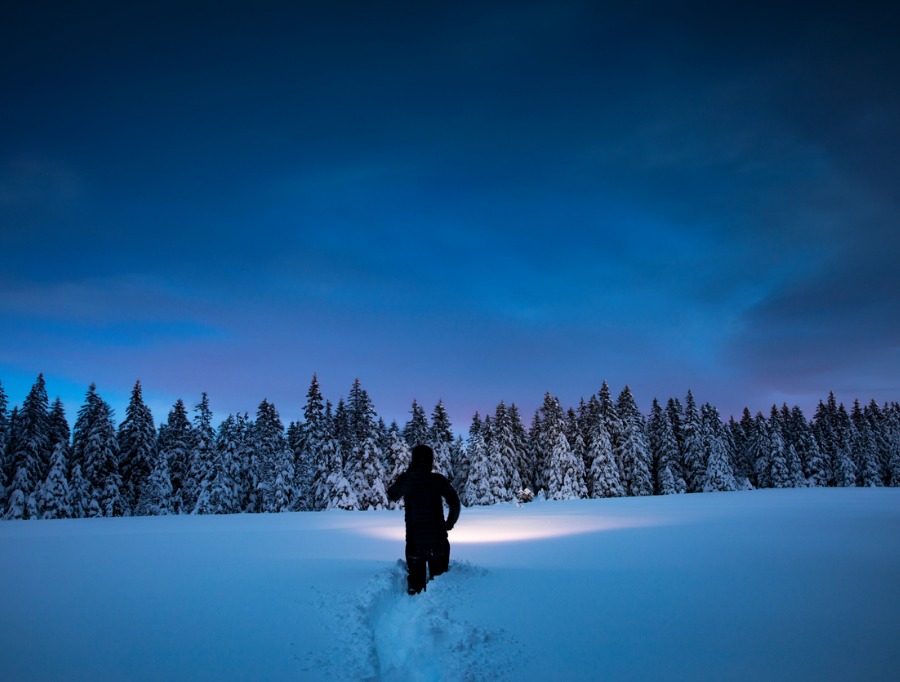 In my life I’ve only told one immigrant to go home, and even then it was just a piece of friendly advice. It happened on a cold and snowy February day about ten years ago. Our parish’s vicar called. “Chris,” he said, “can you talk to this guy? He knocked on our door and he doesn’t speak a word of English.”

“Sure,” I said, and he handed the phone to his visitor.

Jorge was a young father who had brought his wife and two children from El Salvador to the United States illegally. Not surprisingly, Jorge was looking for financial assistance to pay for a night at the local motel. He had apparently spent the last several days knocking on the door of one church after another begging for his family’s rent that night. (We’re a small town but we have a lot of churches.)

I asked Jorge where he was from. “Sononante,” he said. That stirred memories of my visit to that beautiful valley some thirty years before. “What are you doing here in Front Royal?” I asked. “Do you have any relatives here?”

Well, perhaps Ilhan Omar might call me a vulgar epithet, but I said, “Jorge, there’s a foot of snow out there, and you’ve been walking in it all day. I’ve been to Sonsonante, it’s beautiful, and right now it’s not snowing there. It’s warm!” And then I said the forbidden words: “Jorge, why don’t you go home?”

This year alone, some 300,000 new illegal children like Jorge’s will enter the United States and go to public schools throughout the country. At an average expenditure of $12,000 per pupil, that will cost counties like ours a total of some $3.6 billion.

He paused. Did he choke up? How can you tell over the phone? He finally said softly, “I want to, but my wife wants our kids to go to school here.”

Well, Father came back on the line, I vouched for Jorge’s rent that night, and Jorge headed out into the snow with $50 cash. We never heard from him again. Sometimes I wonder, did his family stay here? Did he find a job? Did his kids finish school? They could go for free, of course, a fact of which Jorge’s very savvy wife was well aware.

How The System Works

Our taxpayer-supported public schools are free for all comers. Administrators are not allowed to divulge the number of illegal aliens enrolled. Our small, corrupt county just approved a ten-percent hike in our property taxes. Like every one of the dozen tax hikes the good old boys have imposed in the past twenty years, this one was “for the children.” (There is also a minor matter of $21 million missing from the county till. Several bureaucrats are in jail and our sheriff apparently killed himself, but of course no one’s really to blame.)

This year alone, some 300,000 new illegal children like Jorge’s will enter the United States and go to public schools throughout the country. At an average expenditure of $12,000 per pupil, that will cost our country a total of some $3.6 billion. That’s in addition to the cost we’re already eating for the much higher number of illegals that have been here for years.

Back in the 1960s, I volunteered with a church program near my home that reached out to Mexicans who came to Indiana to work in agriculture. In those days, they lived frugally, saved their money, and took it with them when they went back home to Mexico in the fall. Nowadays, tens of millions of Hispanics, legal and illegal, come to the U.S. for a longer stay. They save money too, and send most of it home to their family.

I volunteer as a translator for law enforcement. Most of the folks I talk to want to go home when they’ve made enough to fix up their house, or buy a small farm, or start a business in their hometown. On Saturday morning in thousands of villages and towns between the Río Grande and the Panama Canal, the line around the Western Union office winds around the block. That’s where families pick up the “remesas.” That’s money wired from the U.S. Altogether it amounts to tens of billions of dollars every year.

Why They Stay, Why They Go

There’s a lot of disinformation about the illegals coming north. Last month, when Salvadorans Óscar Martínez and his 23-month-old daughter Valeria got to the border, they didn’t want to wait in line in Matamoros. They went straight to the border, tried to swim the Rio Grande, and drowned. Unscrupulous “news” media sent the picture of their dead bodies around the world.

But the Martínez family tells a different story. Oscar Martinez’s mother Rosa Ramírez spoke to the AP in El Salvador. “I begged them not to go, but he wanted to scrape together money to build a home,” Ramírez said. “They hoped to be there a few years and save up for the house.”

Finally, the facts. The family was not “fleeing extreme violence.” Rather, they intended to return home as soon as they had saved enough dollars in the U.S. to pay for a nice house in El Salvador.

Economic migrants like the Martinez family are ineligible for asylum under international and U.S. law. Yet, urged on by Catholic bishops and Democrat politicians in the U.S., they pay Coyote traffickers $5,000 to smuggle them to the border. They risk assault, robbery, rape, even death on the journey.

Why do they subject their children to these dangers? Well, the Coyote recruiters tell them that kids give them a better chance of getting into the U.S. That’s why Mr. Martínez subjected his daughter to the harrowing dangers that every migrant faces while transiting through Mexico.

Like Oscar and Jorge, millions of immigrants do want to go home. We should help them.

Christopher Manion earned a Ph.D. in government from Notre Dame. For many years he was the staff director of the Senate Foreign Relations Subcommittee on the Western Hemisphere, chaired by the late Senator Jesse Helms, R-N.C.