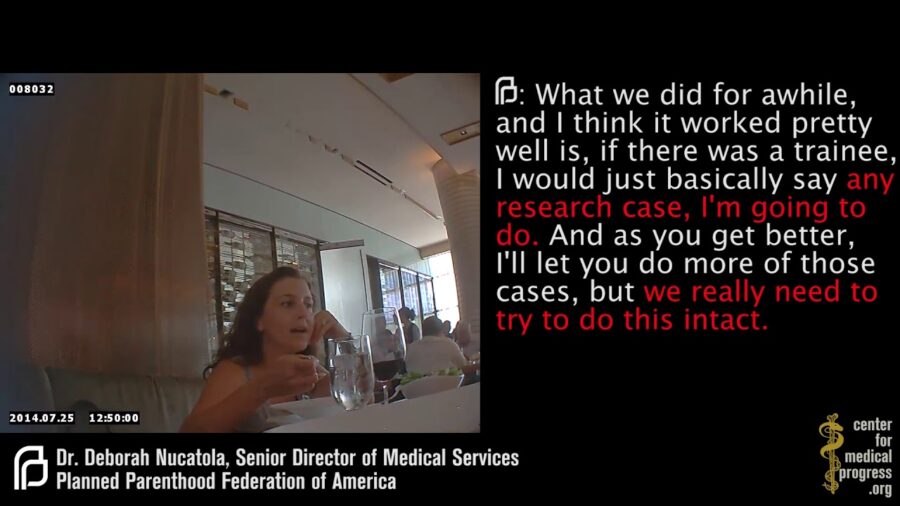 The abortion debate is heating up again with the Supreme Court’s acceptance of the Mississippi case challenging Roe v. Wade. Already, the fever-pitched rhetoric that has been slung against pro-lifers for fifty years is being carted out … again. “Women’s future will be over,” “Women will be saddled with children they don’t want,” “My body, my choice.” And on and on and on, while they brandish wire hangers. So tired and yet so successful. The fear mongering continues to work or they would find a new tactic.

But part of their success isn’t just the slogans — tired as they are — but the trappings. Celebrities, politicians, journalists make it clear that without abortion, we can only be headed to The Handmaid’s Tale. The tidy fear-mongering narrative, the perfectly coiffed hair, the manicured hands, the on-trend fashions, all speak a convincing language of authority and truth. But at some point, we need to pull back the curtain a bit more and expose the lies delivered by the silver-tongued and perfectly groomed.

The Real Face of “Choice”

My 10-year-old daughter and I have been reading an intense tween mystery series set in ancient Rome. A vicious slave trader who specializes in kidnapping and selling his booty to the far ends of the earth terrorizes the population. Even at the distant sight of his distinctive yellow and white striped sails makes hair stand on end.

The pirate, a true scourge of the sea, wears his moral decrepitude on his body with years of hard living and fighting — a missing ear, a broken nose, scars from sword fights. He is frightening to look at. The children in the story know to avoid him at any cost. If they don’t, they too will be wrenched from their families, shackled, and enslaved in a faraway land, at best. The alternative is a swift shove into the inky black water, hands tethered, with no headstone to mark their grave, no message to their mother that they are gone forever.

The stakes were high, and raw, and ugly.

For centuries, people lived with high stakes, ugliness, and the raw. The commonplace reality was perhaps captured in the 17th century by Hobbes best, “Life is nasty, brutish, and short.” This is just what life was like and is still like in the darker corners of the world.

The project of the 20th and now the 21st century has been to chart a different course. We all would escape the crude and course, the rancid and sour, and forestall the instant turns of fortunes. The unspoken but very real goal has been to make life “tidy, elegant, and long.”

It seems a noble goal. The problem is that the pirates are still with us. They’re still stalking the children, still selling them (or their body parts) into a new kind of slavery.

But instead of the warning of a grisly man in an eye patch with a cauliflower ear, we hear the melodic voice of the educated, discussing how much to charge for freshly aborted baby parts in between sips of chardonnay.

We see the manicured hands of the doctor vacuuming out the-contents-of-the-womb. We witness over and over again the well branded Planned Parenthood clinics promising happiness, while delivering pain and death. Instead of the clash of swords, we hear the familiar beep, beep, beep of the Stericycle truck backing up to an abortion clinic to retrieve what remains of children not deemed wanted.

Instead of dank and putrid holds of a ship, or weather-beaten deck manned by leather-necked captains, we have polished politicians with Botox and nips-and-tucks smoothing out the years of wear. Well-heeled journalists, lobbyists, and union bosses fawn close behind, hoping for scraps from the table.

In the United States alone, we have killed over 66 million children. Annually, in the U.S. abortion kills more than cancer and heart disease (almost combined). In 2020, as everyone cowered in fear of COVID, 42.7 million abortions took place worldwide compared to 1.8 million who died from the virus.

Every now and then, the abortion industry lets its mask slip. We learn about abortionists who kill infants, or collect unborn babies in pickle jars. But those are easily swept under the carpet by smiling and compliant journalists.

We have been lulled into thinking that all these dead children are not a problem. In fact, they might just be the solution, the Lego box of spare parts for our medical needs, such as vaccines, or the wide array of other uses to which Joe Biden just decided to put what’s left of our children.

We may have been successful in making life “tidy, elegant, and long.” But the pirates are truly still with us, still plundering, lying, and slaughtering. Although they may be polished, creased, ironed, slicked, and starched, they still know how to capitalize off the very young, the weak and the defenseless.

It is time for us to see them for what they truly are.

Carrie Gress is a Fellow at the Washington, D.C. based think-tank, Ethics and Public Policy Center and a Scholar at the Institute for Human Ecology at Catholic University of America. She has a doctorate in philosophy, is the author or co-author of eight books, and is the editor at the online women’s magazine Theology of Home.