Times of Refreshing Are Here Around the World 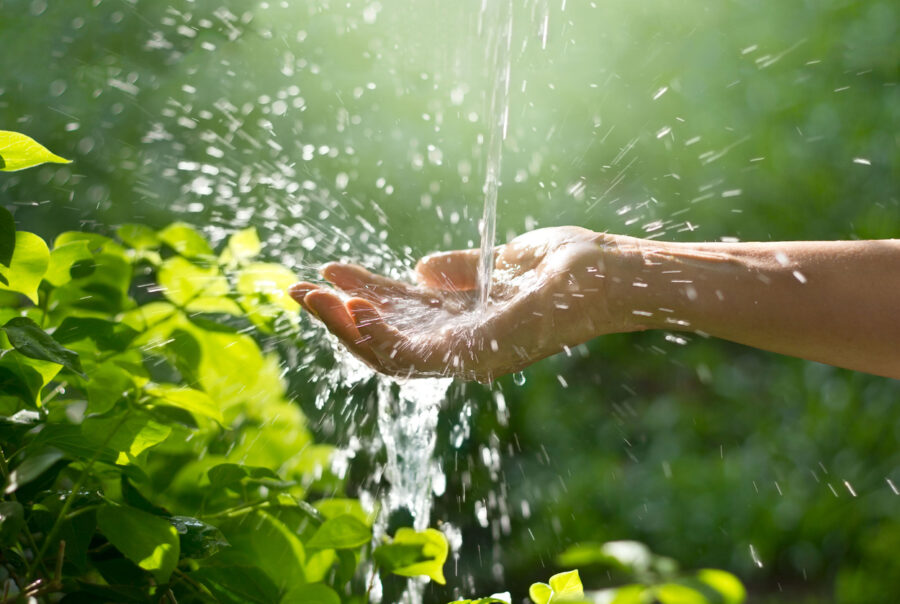 In 1990, deeply gripped by the Lord about what it really meant to be a follower of Jesus, I wrote the book How Saved Are We? As the title makes clear, this was a strong call to discipleship, to surrender, to obedience. And I pulled no punches in the book, just as Jesus pulled no punches when He called us to leave everything and follow Him (Luke 14:33).

But I also wrote the book full of vision and hope. I knew that the Spirit was moving powerfully all over the earth, and I knew He was going to move in America again.

It is in that spirit that I want to share here with you some of the last chapter of that book, followed by an update that will encourage and stir your heart.

Here’s what I wrote back then.

Peter was an eye-witness of the glory of the Lord. He saw Jesus heal the sick and raise the dead. He saw Him drive out demons and feed the hungry. He saw Him as He suffered and he saw Him when He rose. He saw Him ascend to heaven.

Then, on the day of Pentecost, Peter experienced the glory — he was immersed in the Spirit on fire. His own being became super-charged with God. He preached with authority and thousands were saved. He spoke with power and cripples danced for joy. He was soaked with a deluge from on high.

But Peter didn’t stop there. In fact, he said there was more. There was a promise from God to the people: the times of refreshing must come! “Repent, then, and turn to God, so that your sins may be wiped out, that times of refreshing may come from the [presence of the] Lord, and that He may send the Messiah, who has been appointed for you — even Jesus. He must remain in heaven until the time comes for God to restore everything, as He promised long ago through His holy prophets” (Acts 3:19-21).

Repentance . . . Refreshing . . . Return . . . Restoration: this is the program of God. Repentance unlocks the door, and then the Refreshing comes. And after the Refreshing, the Lord will Return. And then He will fully Restore. Until then, “He must remain in heaven.” First the Showers, then the Son; first the Rain, then the Return; first the Outpouring, then the Appearing. We will be Drenched before He Descends. Even now, there are rain clouds in sight . . .

All over the world, God’s Spirit is on the move. “There were fewer than 10 million Christians in Africa in 1900, but the projection for 2000 is 324 million.” In Latin America, “evangelical Christianity grew from a mere 50,000 in 1900 to a projected 137 million in 2000. . . . In the early 1980’s it was estimated that over 20,000 Chinese were being converted to Christianity every day” (cited from a missions bulletin). Even in the extremist Hindu kingdom of Nepal, shrouded by the Himalayan mountains, the Lord has found for Himself a people: in 1960, there were only 25 baptized believers. By 1989, there were over 50,000 — in spite of intense government opposition. And this is only the beginning.

On October 22, 1905, a visitation began in Dohnavur, India, among the girls being ministered to by Amy Carmichael, girls who were once temple prostitutes. “At the close of a morning service, [Amy] was obliged to stop, overwhelmed with the sudden realization of the inner force of things. It was impossible even to pray.”

This was her description: “It was so startling and dreadful — I can use no other word — that details escape me. Soon the whole upper half of the church was on its face on the floor, crying to God, each boy and girl, man and woman oblivious of all others. The sound was like the sound of the waves or strong wind in the trees. . . . The hurricane of prayer continued for over four hours. ‘They passed like four minutes;’ for the next two weeks they gave themselves to the Word and prayer; counseling around the clock, almost the whole compound got saved; it deeply affected the village” (Pratney). As one of the little girls said, “Jesus came to Dohnavur.”

But Jesus did not come only to Dohnavur. He came all over the world. From Wales to Indonesia, from Korea to Azusa Street, His Spirit was being poured out. The beginning of the twentieth century saw the greatest spontaneous worldwide moving of God in history. It was as if dozens of unrelated brush fires broke out at once. The flames were leaping in many countries! Yet there is much more that could come in our day. The final blaze will scorch every nation. Not one will be left unsinged.

God is only looking for yielded vessels, vessels that are suited for Him. They must be emptied of selfish ambition and dead to human agendas, dedicated wholly to the purposes of heaven. They must be men and women who will not count their lives dear, who will give themselves freely for this world. God is calling for workers who will pay any price and make any sacrifice — as long as it is for the glory of the Lord. He is searching for laborers who will go anywhere and do anything — if only souls can be saved. There is really no telling what God will do — if we will respond to His call. Just look at what He has accomplished through ordinary human beings who have obeyed His voice in faith.

The Spirit Continues to Move

I wrote all this in 1990, and although there has been much backsliding in America and Europe, the Spirit continues to move around the world.

Just focusing on Pentecostal-Charismatic Christianity, Elle Hardy noted that, “Of the world’s 2 billion Christians, a quarter are now Pentecostal— that’s up from just 6 per cent in 1980. It’s predicted that, by 2050, 1 billion people — or one in ten of us— will be part of the movement.”

More broadly, and focusing here on the USA, she wrote, “In 2018, more Americans reported having had a born-again experience than in any record since 1972 — at the same time in which evangelicals as an overall percentage of the population have been declining.” (From her book Beyond Belief: How Pentecostal Christianity Is Taking Over the World.)

And looking at some of the areas I referenced, above, in How Saved Are We?, there are roughly one million Christians today in Nepal (a 300 percent increase). As for the continent of Africa, it had been estimated that by the year 2,000 there would be 324 million Christians.

It turns out that estimate was too low. In fact, as of today, there are roughly 700 million professing Christians in Africa, meaning there are more professing believers on that continent than on any other continent in the world. (For similar, phenomenal growth in Latin America, see here.)

And while such rapid growth means there is an even greater need for discipleship and good teaching to counter some of the unhealthy extremes, there is no doubt that something spectacular is happening.

Times of refreshing are here today, all around the world.

Why not where you live, in your church and your community, today?

I encourage you to go back and read these words from How Saved Are We? again, focusing on those key words: “God is only looking for yielded vessels.”

Perhaps He will move through you?

Help Me From Myself — Karl Clauson on LIFE Today Live

A Friendly Word to My ‘Cautiously Charismatic’ Colleagues