It’s becoming increasingly difficult to deny the reality of the slippery slope. 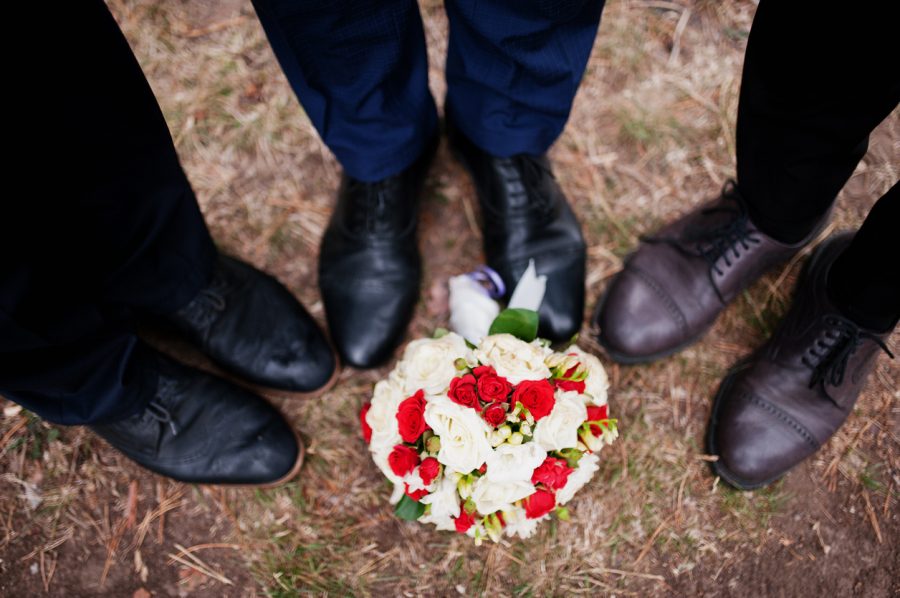 In 2016, same-sex “marriage” was legalized in Colombia. One year later, the courts have now recognized a polyamorous “family” of three men. And there is no slippery slope.

Actor Victor Hugo Prada and his two partners, sports instructor John Alejandro Rodriguez and journalist Manuel Jose Bermudez, have signed legal papers with a solicitor in the city of Medellin, establishing them as a family unit with inheritance rights.

“We wanted to validate our household … and our rights, because we had no solid legal basis establishing us as a family,” said one of the men, Prada, in a video published by Colombian media on Monday.

Here in the States, the Associated Press notes that “More courts [are] allowing 3 parents of 1 child.” An example would be when a lesbian couple has a child with the help of another man, all three of whom become parents.

From Biblical Marriage to ‘Ze’ and ‘Zir’ in 9 Years

When candidate Barack Obama ran for president in 2008, he knew that he could not reveal his true sentiments about gay “marriage.” According to David Axelrod, he knew it would hurt his election chances. So he clearly and decisively declared that marriage was the union of a man and a woman. He said this was his Christian conviction.

Today, a Republican congressman is shot in cold blood and liberal news commentators suggest that we can’t forget his record at a time like this. After all, he wanted to pass a Constitutional amendment defining marriage as the union of a man and a woman.

It wasn’t that long ago that the Human Rights Campaign felt the need to remove “transgender” from its campaign to pass ENDA, the Employment Non-Discrimination Act. Today, in New York City, you can be fined up to $250,000 for failing to accept the stated identity of a trans employee. And Canada has just passed Bill C-16, which requires it citizens to use whatever gender pronouns a person chooses. For instance, “Refer to me as ze and zir rather than he or her.”

Failure to use a person’s pronoun of choice — “ze,” “zir,” “they” or any one of a multitude of other potential non-words — will land you in hot water with the commission. That, in turn, can lead to orders for correction, apology, Soviet-like “re-education,” fines and, in cases of continued non-compliance, incarceration for contempt of court.

When Society Affirms the Slope

In recent years, the media has pushed polygamy, polyamory, and even consensual adult incest, with public opinion gradually shifting towards more acceptance of these lifestyles and acts. (For documentation, see here.)

That was actually the conclusion of a number of liberal students who challenged a talk I gave at a local, secular university.

Should the government be obligated to recognize relationships between three people? Four? Two adult brothers?

I was asked to speak on the subject of God and Sex. I addressed the question, “Are biblical standards of sexual purity destructive or constructive, helpful or harmful, binding or liberating?” In the lecture, I explained how everything reproduces after its kind. I also explained that we have to look at the trajectory of an idea or action or behavior. Where will it ultimately lead?

When it was time for Q & A, several students began to challenge my talk, claiming that there was no such thing as a slippery slope.

I asked them if they believed in the concepts of “love is love” and “I have the right to marry the one I love.” They all said yes, no matter how far it went. Three people? Four? Two adult brothers? And should the government be obligated to recognize all these relationships?

They answered in the affirmative to all my questions, concluding, “Well, I guess there is a slippery slope, but it’s not wrong.”

And that is where our society is heading. It’s becoming increasingly difficult to deny the reality of the slippery slope. The logical next step is to affirm it.