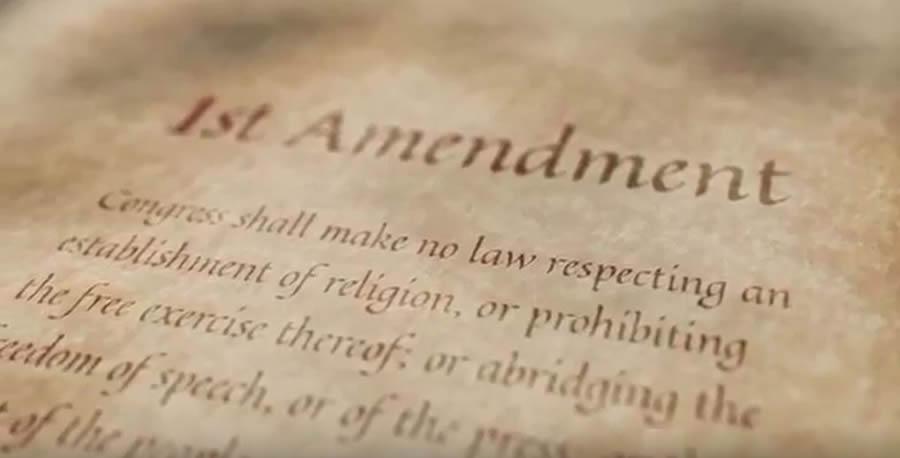 A storm cloud gathers over governments and civil societies throughout the Western world.

We feel it in the increasingly suffocating atmosphere that hangs over public debate, stifling nuance and honest inquiry. It blots out the light of free, open discussion and honest inquiry. Behind it leaves nothing but dark, threatening slogans and rigid, tribal orthodoxies.

We watch the growing threat of illiberalism, over and against the Western, Anglo-American heritage of genuine liberalism. Against our traditions of freedom.

But this week, we got a glimmer of hope.

A small, brave fellowship of left-leaning luminaries and artists did something historic. They called on society, starting with their own cohorts of the political left, to conserve liberalism.

The letter warns against “a new set of moral attitudes and political commitments that tend to weaken our norms of open debate and toleration of differences in favor of ideological conformity.”

While the letter states that “forces of illiberalism are gaining strength throughout the world,” it also argues that illiberalism has “a powerful ally in Donald Trump, who represents a real threat to democracy.”

I disagree with that characterization of President Trump just as much as the next Republican. But I don’t think it detracts from the letter’s value. If anything, it adds to its credibility with its audience. (More on that below.)

The letter goes on:

But resistance must not be allowed to harden into its own brand of dogma or coercion — which right-wing demagogues are already exploiting. The democratic inclusion we want can be achieved only if we speak out against the intolerant climate that has set in on all sides. (Emphasis added)

It is “now all too common to hear calls for swift and severe retribution in response to perceived transgressions of speech and thought.” The letter warns:

More troubling still, institutional leaders, in a spirit of panicked damage control, are delivering hasty and disproportionate punishments instead of considered reforms. Editors are fired for running controversial pieces; books are withdrawn for alleged inauthenticity; journalists are barred from writing on certain topics; professors are investigated for quoting works of literature in class; a researcher is fired for circulating a peer-reviewed academic study; and the heads of organizations are ousted for what are sometimes just clumsy mistakes.

For all their antipathy to Trump, these writers rose above the thoughtless, hateful coerciveness of illiberalism.

And they wrote, instead, a love letter to freedom.

Rooted in the Gospel

In fact these people wrote a love letter to true liberalism. We conservatives ought to understand such liberalism as Christian-inspired.

After all, what else but Christianity could motivate the many factions of society to treat one another with liberality? With clemency, openness, and respect?

Christianity taught us that every one of our neighbors has incomparable dignity and worth. That he bears the image and likeness of the almighty God, our common Creator.

What else but Christianity could motivate the many factions of society to treat one another with liberality? With clemency, openness, and respect?

That tenet of Christian thought created liberalism. And whether they fully understand it or not, that same tenet that gave this letter’s signers the magnanimity to sign it.

The Only Defensible Stance

Keep in mind, liberalism isn’t some airy, novel trend. It’s the ground on which we walk. It gave us the daylight we’ve enjoyed in this and other prosperous nations for centuries. We know it as the driving force behind our greatest achievements, including rescuing millions from slavish violence and exclusionary hatreds. Illiberalism would drag us back into that darkness.

We must remember now that illiberalism, for its part, is not a neutral, man-made tool. We can’t perfect, control, and use it to make the world a better place. Instead, like violent weather, it’s a primordial force that we can only hope to shelter from in liberal bastions of the world like our own.

Illiberalism, wherever we find it, only operates on behalf of one faction. It works on the assumption that we’re always embroiled in a total war — a zero-sum competition between tribes which only one can ultimately win. This leaves all of us in a posture of insecurity, fragility, and defensiveness of our respective tribes, blindly striking out at all rivals, current or potential.

The skies have grown especially dark this year. The cloud of illiberalism spills down from the level of public debate into every corner of our private lives. Daily for the past few months, we saw at least one or two people caught up in the storm and “canceled.” People get held up for ritual public humiliation, their reputations permanently blackened, day in, day out.

Nor do we see only politicians and public figures fall victim anymore. Many ordinary, private citizens have slowly learned to live in constant fear. Strangers with camera phones, vengeful ex-lovers, disgruntled coworkers … are they filming? At any moment, someone might use a photograph, a text, or an email against you. Will I suffer next? Will my most unguarded moments end up trotted out for judgment in the daily trial-by-internet-mob?

All this shows why the Harper’s letter might prove so important, and even historic. Because it stands as an intervention on behalf of the dignity of those victims of the new illiberalism. A dignity which we, of all people, should feel bound to defend as well.

As conservative, you might feel tempted to poo poo this letter. Stop, do a gut-check. Are you so far gone, so conformed to the spirit of the age? Would you really reject the Christian liberalism that has contributed so immensely to the common good? So powerfully, in fact that even Noam Chomsky now wants to conserve it.

As a conservative, I never thought I’d write this, but … three cheers for Noam Chomsky, J.K. Rowling, and Matthew Yglesias!

You can read the full open letter here.