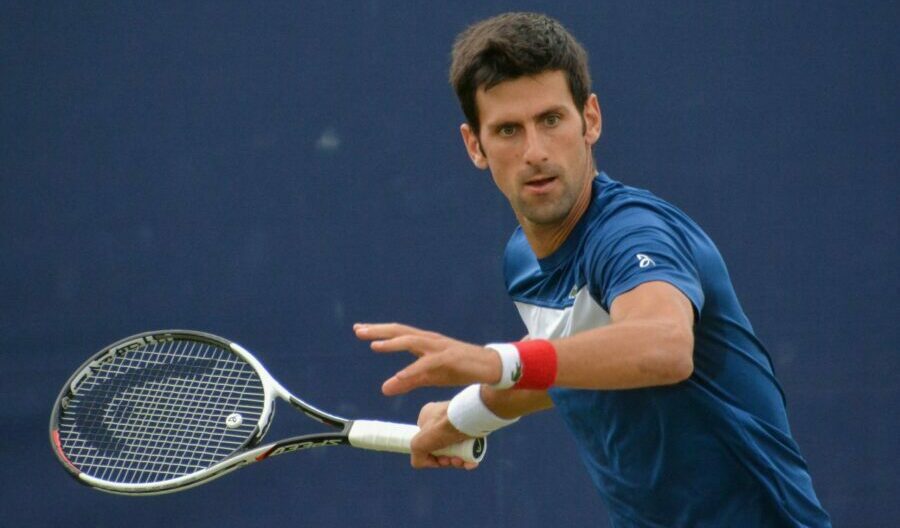 On Sunday afternoon, Sydney time, the Australian courts backed the Australian government’s decision to deport tennis icon Novak Djokovic in the interest of public safety. And so, the current top-ranked player, possibly the greatest of all time, will not be allowed to play at his favorite Grand Slam tournament, the Australian Open. Djokovic, as an unvaccinated player known for advocating personal choice when it came to vaccinations, was not welcome.

This ended almost two weeks of international drama, where Djokovic was first granted a medical exemption by the tennis association — based on his testing positive for COVID in December, thus having natural immunity — only to learn that the federal government did not accept the exemption when he arrived in the country.

From there, he was detained overnight at the airport, then sent to an immigration hotel (not five-star!) while his appeal was heard. A judge ruled in his favor, saying that proper procedure had not been followed.

By this point, the prime ministers of both Australia and Serbia (Djokovic’s home country) were openly and vocally involved, with Djokovic’s father likening his son’s treatment to the crucifixion of Jesus.

As for opinion within Australia, Djokovic had become a persona non-grata in the eyes of many: the image of a rich, privileged athlete making up his own rules while the nation itself had sacrificed so much in the interest of health and safety.

For others, Djokovic was the image of integrity and conviction, refusing to bow down to government overreach and putting his legacy on the line rather than capitulating to tyranny.

He Was No Risk, His Beliefs Were!

In the end, the government’s primary argument was not that there was a risk that Djokovic could infect others with the virus.

Instead, the claim was that because Djokovic is known for his anti-vax, anti-mask position, allowing him to play in such a nationally prestigious tournament might encourage others to follow his example.

This was affirmed by Chief Justice Allsop, who stated that he accepted Djokovic could be seen as “an iconic sports star that is setting an example that is not ideal to be followed.

“If Mr Djokovic won the Open, as he has in the past, there is an example embedded in the Minister’s reasoning that this is an example for young and not so young fans of tennis.”

So, the world’s number-one ranked tennis player, in pursuit of another title that would have pushed him ahead of his revered colleagues Roger Federer and Rafael Nadal, should be banned from playing in Australia lest his potential victory encourage others not to get vaccinated or wear a mask. Really?

To be sure, the Australian Open has the right to determine what vaccination policies it will follow, and players can choose to comply and play or not.

In the words of Victorian Premier Daniel Andrews, “This tournament, this Grand Slam tournament — one of the big four — is much bigger than any one person. It’s very simple, just get vaccinated. And then everyone’s time wouldn’t have to be wasted with this.”

And, whether or not we agree with the government’s decisions, Australia is a sovereign nation and has the right to set its own policies.

Plus, as argued by Prime Minister Scott Morrison, Australians had already made great personal sacrifices to keep their country safe “and they rightly expect the result of those sacrifices to be protected.”

He added, “Strong borders are fundamental to the Australian way of life as is the rule of law.”

As for Djokovic, he certainly made some mistakes along the way, a few of them quite publicly, as he himself acknowledged.

But was it right to deport him simply because of potential thought crimes? Was this yet another shocking example of Australia’s draconian efforts to combat COVID?

He also cited the words of Alan Jones, who wrote: “Is this an appropriate image for Australia? That the world’s leading tennis player, with no convictions of any kind other than the fact that some may disagree with his views, is now being treated like a criminal; firstly, reportedly, hauled up in a room at midnight with armed guards and then, reportedly, being told to leave the country tonight. And now, politically, it is being weaponised.”

He added, “Admittedly, people are angry that apparently unvaccinated people, be they tennis players or anyone else, are allowed into the country when other Australians have made massive sacrifices. But Djokovic did not make the rules. He just applied for an exemption. The exemption was objectively assessed by ‘medical experts’. Djokovic was granted an exemption.

“Now it appears that the visa rules which have applied to others who were granted exemptions, do not apply to Djokovic. It is easy to see Djokovic as the villain; but the image of an Australia treating a bloke like a common criminal owes more to the behaviour of a police state than it does to a liberal democracy. You either have rule by law or rule by the mob. Which is it?”

Once again, I am not for a second belittling the very real dangers of COVID, as I said repeatedly for almost two years now. And I am not minimizing for a moment the difficult decisions that governments must make during this pandemic.

But to ban one of the world’s top athletes from playing in your country simply because his personal choice not to be vaccinated might influence others is to set a very dangerous precedent, confirming the worst fears of many within Australia. How far will this go?

As tweeted by writer and artist Alexandra Marshall, “I don’t know about you, but I feel *so* much safer now that our government has deported someone for wrong-think. Australia and the Morrison government are such a shining pillar of Western Enlightenment. /sarcasm.”

The Morning Brew: Va. Gov. Candidate Wants Your Kids, Harris More Concerned With The View Than She Is the Border