Poor Tom Hanks, like the rest of America, is reliving the plot of the 1990 farce, "Joe vs. the Volcano." 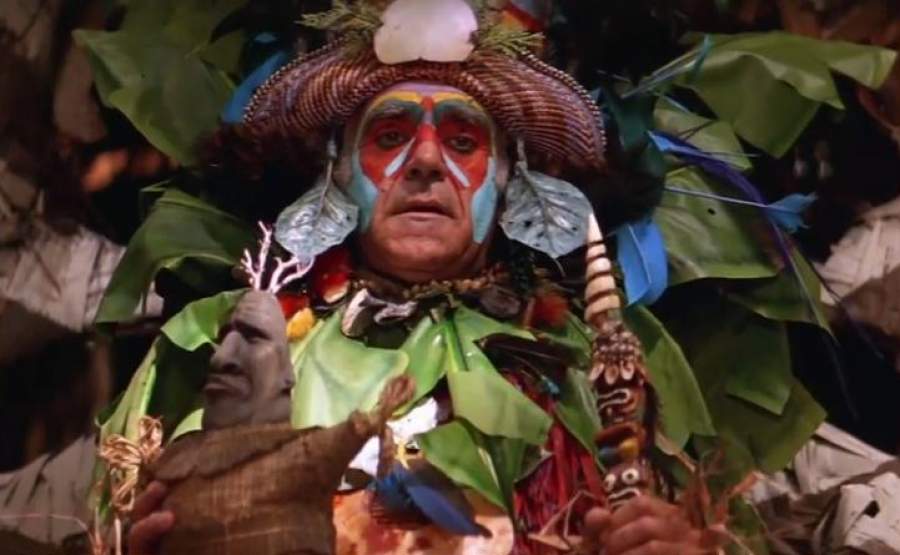 Tom Hanks started out as just an ordinary actor, albeit a gifted and versatile one. His roles almost eerily seemed to predict the American future. In The Burbs, he embodied Americans’ flight from community — since our local “community” might very well include creepy ghouls played by Brother Theodore. Best just to stay away from Those People.

In Bosom Buddies, he and a friend dressed in drag so they could crash an all-women’s hotel, for cheap housing in New York City. Just so, loser male athletes now grow a couple of dreadlocks so they can beat up girls on the rugby field and poach their scholarships.

In Philadelphia, Hanks pioneered the depiction of gay men as victims of society, because their historic experiment in mass promiscuity … (drumroll please) gave a lot of them diseases.

The Icon of All That is Good Within Us

But over the course of decades, Hanks morphed into something else. Almost an institution. Just as our grandparents might have referred to a “Jimmy Stewart” character, we know what a “Tom Hanks” character is. It’s a regular-seeming fellow, an Everyman. But one who by Act III reveals unexpected virtues of courage, competence and kindness. It’s a rare privilege to be typecast as “Icon Of All That Is Good Within Us,” which I’m sure other actors envy.

And maybe, to be candid, Hanks has overdone it a bit — as Robin Williams did after Dead Poets Society, playing one “Clownish Crucified Redemptive Mentor” after another. Maybe Hanks should break out as Williams did in One Hour Photo by playing a psychopath. (“Tom Hanks is … John Wayne Gacy, the killer party clown.” Now THAT I’d run to see — wouldn’t you?)

Woke But Not a Scold

Hanks is a Hollywood liberal, but has wisely avoided becoming an insufferable, priggish scold. He hasn’t dirtied up social media with insults against white schoolgirls, straight pastors, Trump voters, or women who nurture their kids. He doesn’t praise Iranian mullahs, Latin American terrorists, or Marxist revolutionaries.

If anything, Hanks reminds us of that brief, shining moment when the culture pretended that electing Barack Obama proved that America had “gotten past” its racial past. Remember that? It proved as fleeting as the late 90s balanced budgets and “Peace Dividend” which the neocons blew through in a couple of months, trying to bomb Afghanistan until it turned into Switzerland.

Hanks wrote a column about how America ought to remember some of our ugly historical moments. One of the most shocking and horrible such moments was the 1921 Tulsa Massacre, which saw white mobs savagely attack their peaceful black neighbors, killing 39 people and trashing a once-prosperous neighborhood. I agree that atrocities like that ought to be documented. Produce them right alongside the truth about Margaret Sanger’s racist conspiracies. And the eugenics motive behind the Roe v. Wade decision. (Don’t count on Hollywood for the latter two movies, though.)

For Woke black critic Eric Deggins, though, Hanks doesn’t go nearly far enough. It doesn’t suffice that Hanks wants to encourage an honest look at our ancestors’ sins. He needs to atone for his own. What are Hanks’ sins, you ask? For Deggins they are obvious. Hanks has made a career out of playing good-hearted, decent white men. And that is the problem. Hanks has knowingly and willfully spread to the public the idea that white men can act properly, even virtuously, and have on many occasions. This is damaging to the Cause, apparently.

That’s only true, of course, if the Cause is … demonizing white people. Spreading sullen resentment or simmering hatred among non-whites, and self-lacerating, useless guilt among whites themselves. Convincing people that America is tainted forever by white sin, in a special mysterious way that Rwanda doesn’t have black sin, and Cambodia doesn’t have tan sin. And China isn’t piling up yellow sins with each Uyghur it throws in a concentration camp, then guts to sell his organs.

White Men: Jump Into the Volcano

I’m not normally interested in the squabbles between left-wing multimillionaires and resentful movie critics. But this one reminds me of my favorite Tom Hanks movie ever — which again (it’s some weird Hanks thing!) predicted the future.

I speak of Joe vs. the Volcano. This underrated film (critics hated it) resolved one interesting artistic question: What happens if you give a gifted screenwriter a huge budget and total creative control? The answer is, absolutely anything. The film is a gloriously self-indulgent, wacky, clever fantastical adventure-comedy-romance, with everything from Abe Vigoda as chieftain of the Waponis (a Polynesian clan of diaspora Jews) to Meg Ryan playing three different roles, each brilliantly.

But what matters here is the movie’s crackpot plot. Tom Hanks plays “Joe,” a timid, depressed employee being mistreated by the Dickensian rectal probe company where he (barely) works. A former fireman, he abandoned that career of self-sacrifice and heroism, after getting beset by a thousand phantom illnesses. Early on in the film, Joe goes to see yet another doctor — one who finally vindicates his hypochondria. Joe learns that he has a “brain cloud,” which will kill him within six months. So he’d better make the most of those.

Shortly after that, an eccentric billionaire accosts Joe with an offer: All the money he wants, a lavish trip to an unspoiled South Sea Island in a glamorous yacht. And then at the end (in some six months or so) … Joe must jump into a volcano. You see the island has an irreplaceable mineral the billionaire’s business needs. And the islanders need a hero to “feed” their angry volcano god, so he won’t erupt.

Having literally nothing to lose, Joe takes the deal … and delightful wackiness ensues. I don’t want to spoil the ending, but it turns out that Joe was never sick. The “brain cloud” was made up by the crooked doctor who diagnosed him, who was in on the scheme to find someone to jump into the volcano, appeasing the natives.

That crooked doctor is Woke academia and its bastard child, Critical Race Theory. And Joe’s plight prefigured what America is enduring now. The made-up disease of “Systemic Racism” is no realer than Joe’s “brain cloud.” America isn’t beset by anti-black racism, but anti-American hypochondria. Billionaires benefit from dividing us along racial lines while they use slave labor in China. Oh yeah, and witch doctors like Eric Deggins want us to jump into a volcano, to appease a non-existent angry god.

I hope Hanks doesn’t do it, doesn’t re-commit his life to making films that show white men as monsters. But if he does want to play the real-life monster John Wayne Gacy, I’ll be at the front of the line waiting for tickets on opening night.