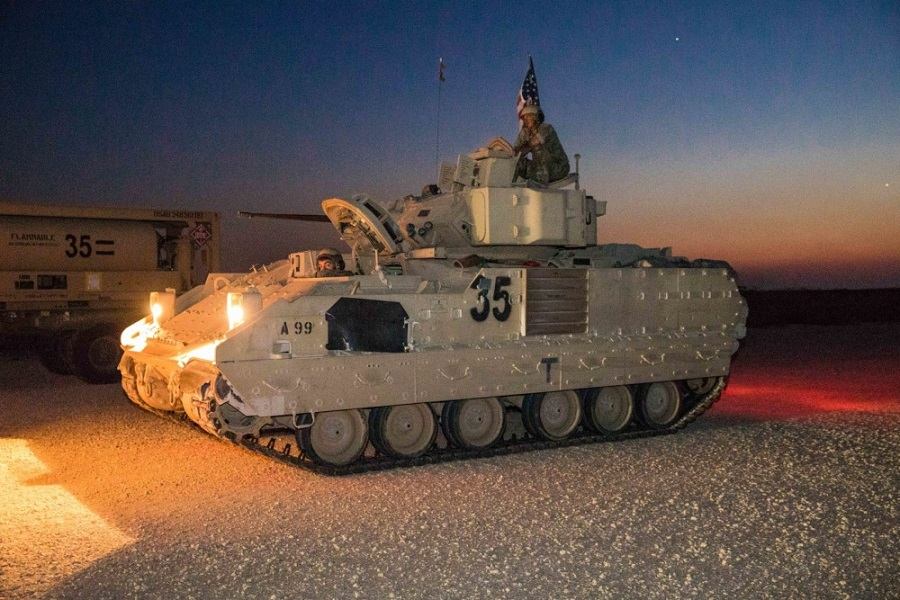 U.S. Army soldiers provide M2A2 Bradley Fighting Vehicles for support in the fight against ISIS in eastern Syria on November 10, 2019.

Make no mistake: American troops are still fighting a war against ISIS in Syria and Iraq.

Amid the continuing controversy about U.S. foreign policy in Syria, the one aspect everyone can agree on is that the brave men and women of our Armed Forces are still putting their lives on the line. That point was recently underscored by an important Associated Press article written by Sarah El Deeb.

Regardless of how you feel about the merits of their mission, please keep our nation’s valiant troops and their families in your daily prayers. Americans have no greater responsibility than supporting the selfless patriots who volunteer to wear our country’s uniform.

Can you imagine having your “honeymoon” while deployed to Afghanistan? That’s pretty much the case for one courageous U.S. Army couple.

Being deployed with your spouses makes things easier! Capt. Morgan Ross and Capt. Kevin Otte are on deployment together in #Afghanistan … https://t.co/yilcVhVsiQ pic.twitter.com/3VRCpyrh6Q

“We really just had our wedding this past April,” Capt. Morgan Ross said. “So you’ve got to work with the Army and be on the same team.”

Thank you to Captains Ross and Otte for stepping forward to serve our nation in wartime. We wish you a lifetime of happiness.

As we were all reminded by this week’s tragic violence in Kabul, Afghanistan is still an extremely dangerous place. We will be praying for the safe return of these newlywed soldiers and all of the approximately 12,000 U.S. troops still serving in the war zone.

A group of U.S. Air Force airmen is home from the Middle East after the first-ever combat deployment for the brand new F-35A Lightning II fighter jet. Welcome home, warriors! Thank you for defending our nation overseas.