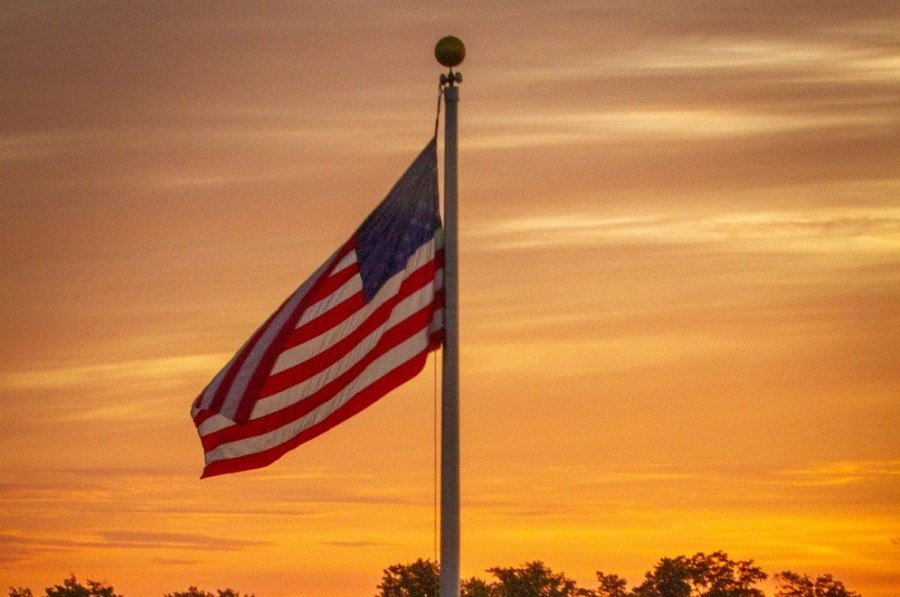 The American flag waves during the raising of the Colors just before the U.S. Army 10th Mountain Division's four-mile release run at New York's Fort Drum on September 20, 2019.

“Betty and I are expressing our gratitude to God for the victory won over evil, death and destruction today,” said James Robison, Founder and Publisher of The Stream, on Sunday. “On the part of national leadership, our president, his administration, our military, our advisors.

“God promised to answer the prayers of His people,” Robison continued. “He wants to heal our land.”

Last weekend’s death of ISIS terrorist leader Abu Bkar al-Baghdadi and his likely replacement, Abu al-Hassan al-Muhajir, were watershed moments in the 18-plus year war on terrorism. As The Stream‘s leader put so eloquently, these victories were the result of answered prayers and extremely hard work by many different people from all walks of life.

Like the 2011 raid to eliminate Osama bin Laden, this is an opportunity for all faithful Americans to lower our heads in prayer and thank God we live in the greatest country on earth. Most of all, it is a reminder of how blessed we are to be protected by the most powerful fighting force on earth. Nobody sacrifices more for our freedom than our troops and their families, who spend nearly every waking moment of their lives doing whatever it takes to defend ours.

The termination of Baghdadi was also a reminder that not every American soldier is a human being. Conan, the military working dog who was injured but thankfully survived the crucial special operations raid, has been part of an estimated fifty combat missions.

“This dog is a four-year veteran of the @USSOCOM K-9 program and has been a member of approximately 50 combat missions.” – @CENTCOM Commander Gen. Frank McKenzie Jr. pic.twitter.com/ushD1G5X01

We are so grateful to God that Conan and all brave U.S. troops involved in the raid survived the frantic firefight. They are the very definition of American heroes.

Another valiant special operations warrior has officially joined the ranks of our country’s most celebrated soldiers.

In 2008, U.S. Army Master Sgt. Matthew Williams, “fought his way up a frozen mountain in Afghanistan to help rescue wounded comrades during a mission to kill or capture a terrorist leader,” according to Fox News. On Wednesday, he received the Medal of Honor from President Trump.

“Matt, we salute your unyielding service, your unbreakable resolve, and your untiring devotion to our great nation and the nation that we all love. Your spirit keeps our flag waving high, our families safe at home, and our hearts beating with American pride,” the commander-in-chief said at the White House. “On behalf of the entire nation, our great U.S.A…our incredible United States of America, we are forever grateful for your life of service and your outstanding courage.”

Master Sgt. Matthew Williams is presented the Medal of Honor during a ceremony at the @WhiteHouse. #ServeWithHonor #MOH #ArmyValues@3rdSFGroup https://t.co/lJk3ju1QAV

Thank you for your service, Master Sgt. Williams, and congratulations on receiving such well-deserved recognition.

The roller coaster of emotions experienced by military families dealing with dangerous overseas deployments can perhaps be summed up by one beautiful photo taken this week in Arizona. A U.S. Marine embraces his loved one at Marine Corps Air Station Yuma, Arizona, on October 27, 2019, after a six-month deployment to the Middle East.

Thank you to this hero and his fellow Marines for risking their lives to keep us safe. Welcome home!