The Stream salutes six fallen patriots who recently made the ultimate sacrifice in Afghanistan and Syria. 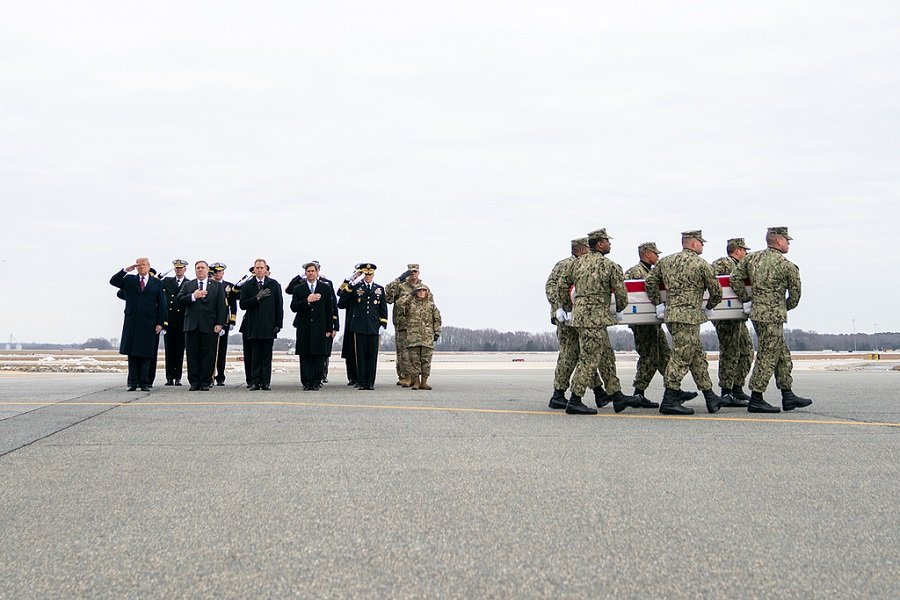 It has been a painful week at war for six American families and the military community as a whole. Since January 16, four U.S. service members and two civilians have made the ultimate sacrifice for our country in Afghanistan and Syria.

Sgt. 1st Class Beale, according to the Pentagon, died on Tuesday “as a result of injuries sustained from enemy small arms fire during combat operations in Tarin Kowt, Uruzgan Province, Afghanistan.”

“Joshua was a smart, talented and dedicated member of 3rd Special Forces Group (Airborne) and the special operations community. He will be greatly missed by everyone who had the fortunate opportunity to know him,” U.S. Army Col. Nathan Prussian said in a statement. “We extend our deepest condolences to his family for this tragic loss.”

According to the Army, the Green Beret was a graduate of Old Dominion University who served in four overseas deployments, including three in Afghanistan. The Bronze Star recipient leaves behind a wife and two children, who are and will remain in our prayers.

Sgt. Meddock, according to the Department of Defense, died January 17 at Landstuhl Regional Medical Center in Germany “as a result of injuries sustained from small arms fire during combat operations on January 13, 2019, in Jawand District, Badghis Province, Afghanistan.”

“Even though this news is tragic and super sad we should remember to feel very proud because Cameron took the the ultimate sacrifice for us and that was something that he wasn’t afraid to do,” classmate Audrey Loya, told KVII-TV in Amarillo, Texas.

The Army Ranger was married and a “soon to be dad,” according to the television station. We ask God to comfort the fallen soldier’s wife during this time of unimaginable pain and grief.

Sgt. Meddock’s flag-draped casket will arrive in Texas on Friday, also according to KVII. As your weekend begins, please remember to pray for all those mourning the loss of this true American hero.

Chief Warrant Officer 2 Farmer died on January 16 in Manbij, Syria, “as a result of wounds sustained from a suicide improvised explosive device,” according to the Pentagon.

“A true warrior, Jon is fondly remembered as a Buccaneer with a big heart and commitment to service,” tweeted The Benjamin School in Palm Beach, Florida, which CWO Farmer attended.

According to The Palm Beach Post, the Special Forces soldier earned three Bronze Stars during a remarkable six combat deployments to war zones including Iraq, Afghanistan and Syria. He was married with four children, who are all in our prayers at this tragic hour.

Chief Cryptologic Technician Kent, 35, was killed in the same ISIS suicide bombing as Chief Warrant Officer 2 Farmer, according to the Department of Defense.

“I am not surprised she quickly rose through the ranks as a Navy cryptologist as she was a master of languages – speaking seven fluently,” said Gregg Pulver, Chairman of the Dutchess County legislature, as quoted by the Poughkeepsie Journal. “Those of us who knew her personally will remember her brilliant mind, loving nature, and always hold her as our small-town hero.”

The newspaper reports that Chief Cryptologic Technician Kent enlisted in 2003 during the height of the Global War on Terrorism. She was married with two children, who we ask the Lord to comfort and embrace.

Wirtz, a combat veteran working for the Defense Intelligence Agency as an operations support specialist, was also killed in last Wednesday’s terrorist attack in Syria. Until 2005, he was a Navy SEAL.

“Scott never had any biological siblings,” the fallen hero’s father, Dave Wirtz, told KTVI-TV in St. Louis. “But he probably had more brothers than anybody.”

Wirtz, who was clearly passionate about serving his country, also loved mixed martial arts and many other athletic hobbies. He is survived by his parents, who we will keep in our prayers.

Taher, an interpreter employed by Valiant Integrated Services, immigrated to the United States from Syria in 2001. Tragically, she was killed in the January 16 terrorist attack while working with U.S. Army soldiers trying to drive ISIS out of her homeland.

“Her smile lit up the room,” Taher’s younger brother, Ali, told the Atlanta Journal-Constitution. “She was kind.”

According to the newspaper, Taher “studied international business at Georgia State University” and subsequently joined the defense contractor “to help people,” which she was doing in her native country. Please keep her grieving brother and the rest of this selfless woman’s family in your thoughts this weekend and beyond.

As we pray for the loved ones, friends and teammates of these six American heroes, perhaps it is best to conclude with the Word of God.

They triumphed over him by the blood of the Lamb and by the word of their testimony; they did not love their lives so much as to shrink from death (Revelation 12:11).

Indeed, these volunteers overcame evil by living and dying with honor. We must always remember their selfless legacies and heroic deeds.