This Week at War: The ‘Welcome Home’ Edition 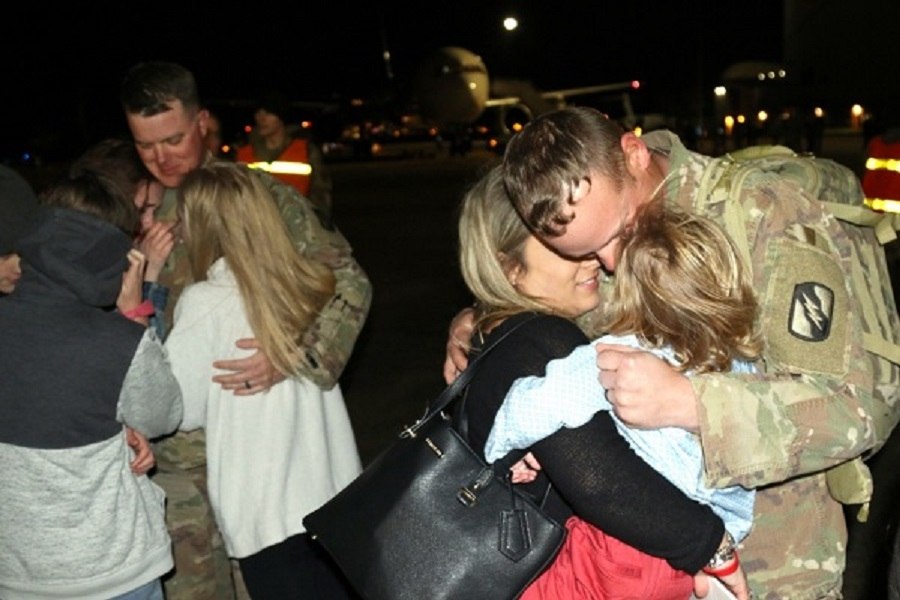 Military families welcome home their soldiers from Kuwait on February 18, 2019, at Thompson Field in Flowood, Mississippi.

For this week’s roundup of the military community’s ongoing sacrifices, I thought it would be a nice change of pace to spotlight several recent homecoming ceremonies. As we enjoy these uplifting stories of American service members returning from war, we should also remember that at this very moment, there are still thousands of deployed troops risking their lives all over the world. Please keep these warriors and their families in your constant prayers.

As pictured above, a group of Mississippi Army National Guard soldiers made a triumphant return to the Magnolia State on Monday night after a deployment to the Middle East. Welcome home, heroes!

Last Friday, the North Carolina Army National Guard 130th Maneuver Enhancement Brigade’s 878th Engineer Company was officially welcomed home to Gastonia, which is near Charlotte. The soldiers provided support for Operation Inherent Resolve, which is eliminating ISIS in Iraq and Syria, as well as Operation Spartan Shield, which covers the broader Middle East.

According to the National Guard, the returning soldiers spent almost a year away from their loved ones. Please join all of us at The Stream in welcoming these proud patriots back to American soil. Over the next week, more than 500 U.S. Army soldiers will return to Kentucky’s Fort Campbell from Afghanistan, according to military officials. The first wave arrived on Thursday to an enthusiastic crowd of military family members and supporters.

All of the returning soldiers spent nine long months in Afghanistan, where approximately 14,000 U.S. troops are still serving.

The below video gave me goosebumps. It’s hard to imagine the sense of relief these soldiers and their families must be feeling.

According to the U.S. Army’s 101st Airborne Division, the next homecoming ceremony for American troops will occur in the early morning hours of Thursday, February 28.

We are eternally grateful to these warriors and their families for the sacrifices they have made for our freedom. Their selfless heroism reminds all of us how lucky we are to be Americans.

This Week at War: A Stark Reminder