This Week at War: Destroying the Enemy 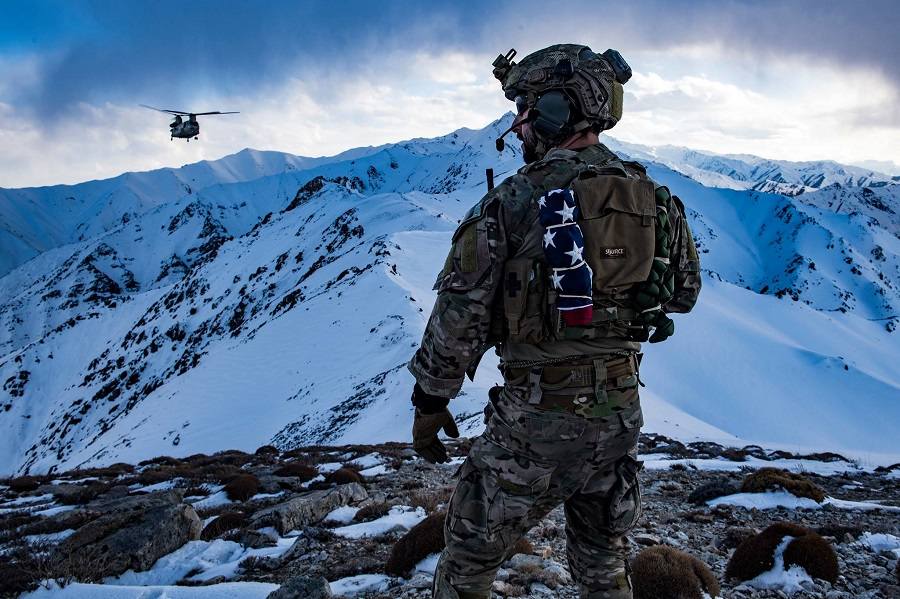 A U.S. Air Force pararescueman communicates with an Army helicopter during a training exercise at an undisclosed location in the mountains of Afghanistan on March 14, 2018.

American Special Forces operators and Afghan security troops killed two ISIS terrorists this week in the Darzab district of Afghanistan’s Jowzjan province, according to NATO. The nighttime raid, which occurred late Monday night into Tuesday morning in a remote northern village, is being called “the most recent in a series of Afghan and U.S. (Special Forces) counterterrorism successes.” NATO says four additional ISIS-affiliated fighters were killed in a similar joint operation four days earlier.

In the south, Afghan troops are leading an effort to find and destroy the enemy in Helmand province, where hundreds of American and Afghan service members have made the ultimate sacrifice since the war started in 2001.

As 1st Lt. Kathleen Kochert reports, Operation Maiwand 12 is the latest attempt to crush the Taliban in the country’s most volatile battlefield.

“They [the Taliban] can’t fight anymore,” an Afghan National Army tactical operations officer told 1st Lt. Kochert. “It is because we conduct a lot of operations in every part of Helmand and we have our foreign friends beside us.”

Let’s hope that good news such as this will increase the chances of a swift homecoming for more than 14,000 American troops still serving in Afghanistan. We are always praying for these heroes and their families.

Update: Two U.S. officials tell Fox News that an American service member was among two coalition troops killed in an improvised explosive device attack in Syria on Thursday night. This marks the first death of a U.S. service member in Syria this year. Please pray for this fallen hero’s family during this hour of darkness and incomprehensible grief.

Before this devastating tragedy was reported, there had been some good news coming out of Syria this week, as Defense Secretary James Mattis said that a potentially bloody confrontation between U.S. troops serving there and “pro-Syrian government forces including Russian mercenaries” was avoided, according to Reuters.

The report said the pro-Assad troops backed off after U.S. military officers spoke with their Russian counterparts in the war zone. The tensions were thankfully defused in the eastern Syrian city of Deir al-Zor, which is east of the Euphrates River. A military family waits for their U.S. Marine to return to Marine Corps Air Station Cherry Point in North Carolina after an eight-month deployment to Spain.

After eight months deployed to an airbase in Spain, Marine Aerial Refueler Transport Squadron 252 is back home. Earlier this month, the Marines returned to Marine Corps Air Station Cherry Point in North Carolina, where they were greeted by their elated families. The above photograph shows a wonderful sign made by two children of a returning hero.

This Week at War: Angels in the Sky