This Progressive Pastor, Who Hates Oppression, Preaches Beliefs That are Certain to Create It 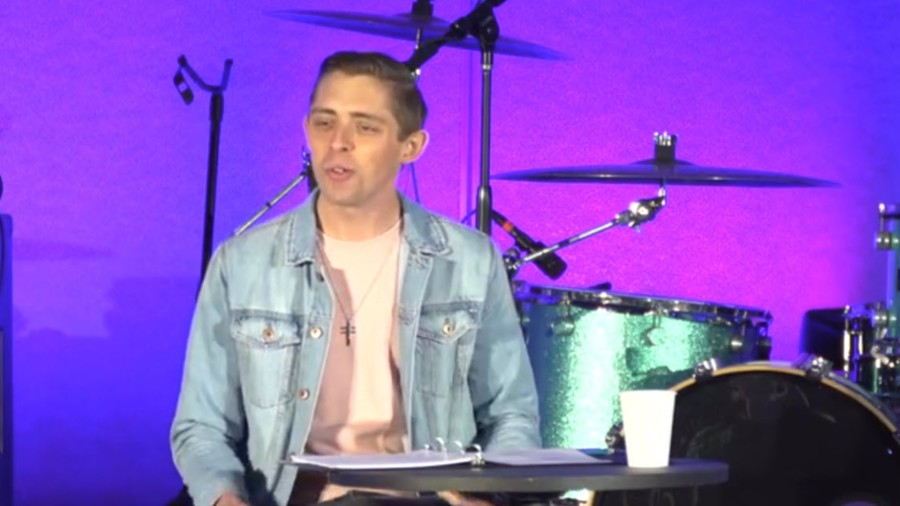 Brandan Robertson says he’s a “minister of the gospel.” He’s been published in multiple mainstream publications, and his Amazon author page says the Human Rights Campaign has named him as one of the top clergy “leading the fight for human rights.”

I beg to differ. The human rights part, that is. A gay man, he claims to support the oppressed and marginalized. He’s doing exactly the opposite. His ideology is built upon power. It can only lead to clashes of power, where the winner will oppress the loser. Maybe he expects his side will win. If so, then he will become the oppressor.

And this isn’t just one gay man. He’s speaking for an entire leftist ideology, one that is headed straight toward totalitarianism.

An Ideology Built Upon Power

I’d rather have written this as the outcome of a dialogue with him, which I tried to initiate with him via email to him several days ago, in response to a video message of his. I asked him, politely, what he’d do if a new visitor came to his church, saying “his truth” was that he should address every person with pronouns matching their birth certificate sex.

Now, I think every congregation has the right to define beliefs and limit behaviors among them. So if he said they’d respectfully ask the person either to stop it or to leave, I’d be fine with that.

But I’d also want to know what he’d say about a conservative church escorting an LGBT person out the door. And here’s where I believe a problem would begin to appear, and it’s not just a conservative’s problem, it’s Brandan Robertson’s problem. He’s set up a morality of power, and he doesn’t seem to realize it.

Pushing Aside a Transcendent God

Here’s why. In this sermon he says we were created “as minigods, if you will.” We’re to incarnate truth, in a manner parallel to Jesus’ incarnation of truth.

But he has no conception at all of any transcendent God whose truth can be known. He’s in awe of the universe, but he sees it as almost completely unknown. Although he rejects the idea that there is no absolute truth, he displays no hope that we can know any of it.

“God must be at least as big as the universe,” he says, “and if the universe is expanding, God may also likely be expanding.” (I don’t really need to comment on the non sequitur there, do I?)

Watch how he runs with that theme, though, right into a complete mistranslation of Jesus’ call to repentance (metanoia). It has nothing to do with being sorry for sin, he says (with no explanation or textual support whatsoever), but with “expanding our minds” instead.

This is irresponsible. (Mike Winger covers it well.) He claims to be talking about Jesus, but which Jesus? The one who said, as Robertson quotes at the end of his message, “Know the truth and it will set you free”? There was no such Jesus. The Jesus of the Gospels actually said, “If you abide in my word, you are truly my disciples, and you will know the truth, and the truth will set you free.”

There’s no authority in absolute truth, since it’s always changing, and we can’t know it anyway. We owe allegiance to our truth instead

He tosses Jesus’ name around as if he held some respect for Him, but he mangles all Jesus’ teaching. It’s not unlike his total misreading of the Garden of Eden story, where he said God had told them not to touch “the tree of knowledge,” because he was “afraid of humans pursuing knowledge.”

Robertson speaks respectfully of “factual truth,” which flows from “simple statements about the observable nature of reality.” Genesis, the Gospel of John, and words like “repentance” are observably different from what Robertson distorts them to be.

But hey, maybe that’s okay in his world, because, “in Jesus, truth becomes flesh. … Truth cannot be static. It’s dynamic. It’s relational. It grows and progresses and evolves, based on whatever context it’s in.”

He says he believes in objective truth, but he’s got his own take on that, too. “In Jesus we see that propositional truth isn’t objective truth at all.” Salvation is “constantly metanoia-ing, expanding our minds, to perceive the new contours and textures and terrains of this thing called truth.”

Truth is a Squirmy Thing

Truth is a squirmy thing, apparently. But the real problem comes when we speaks of our truth, “truth as we understand it and believe it today.”

There’s no authority in absolute truth, since it’s always changing, and we can’t know it anyway. We owe allegiance to our truth instead: “If we want to live whole lives, we must live in alignment with our truth, the truth as we experience it and understand it, knowing that it will expand and progress over time.” His other name for this is “incarnate truth, or what could be called your truth.”

Robertson doesn’t shrink from the conflict this creates. He recognizes the tension different persons’ truths could create, and he calls for a bold, non-defensive, passionate, yet grace-filled approach when that happens.

It sounds almost great. Almost. Not close enough, though.

For his advice to one group must be advice to all, if there is any trace of anyone’s truth in it. So he’s advising conservatives as well as progressives that they should never “divorce [their] conception of truth from [their] incarnated reality,” because if they do, they “create a dangerous division that ultimately causes destruction in [their] world.”

It’s hard to see why this shouldn’t apply to us all. He might say conservatives have “solidified” their truths, when truth should remain dynamic and changing. That’s only to say, though, that if some group has locked on to some truth for some time, they ought to re-think it. I don’t see how today’s LGBT movement is exempt from that. They’ve solidified themselves in their “truth.” Just ask Jack Phillips. Just read the newspaper.

The Battle of the Minigods

In Brandan Robertson’s view, no one knows real truth; everyone is a minigod, the carrier of an “incarnate truth”; everyone is responsible to live out their truth. Our “truths” must therefore conflict, and for all Robertson’s lovely calls to practice grace, the conflict will necessarily turn into a battle. Some group will win, some group will lose. The winners will rule, because that’s what winners do. It’s exactly what today’s LGBT movement is trying to do.

And then their truth will become “nothing more than a battering ram for the privileged and the powerful to beat people into conformity.” Robertson thinks there’s protection against that when truth is “incarnate.” No, there’s only protection against it when moral truth comes from a Source higher than us all, a good and righteous God who is plenty able to speak enough truth for us to know, enough to follow.